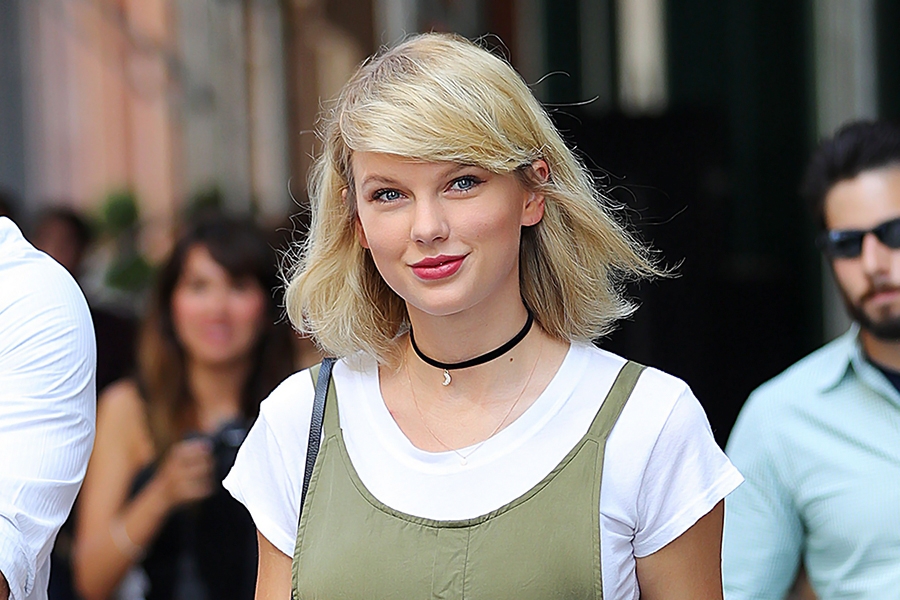 On Monday, Chris Sanders, the group’s executive director, announced the donation on Facebook.

“Taylor Swift has been a long-time ally to the LGBTQ community,” he wrote. “She sees our struggle in Tennessee and continues to add her voice with so many good people, including religious leaders, who are speaking out for love in the face of fear.”

He continued: “Tennessee Equality Project is honored and grateful to reveal Taylor Swift has made a donation of $113,000 to support our efforts at this critical moment.”

Sanders also shared a photo of a handwritten note Swift evidently sent in with her donation.

The note reads as follows:

Dear Chris, I’m writing you to say that I’m so inspired by the work you do, specifically in organizing the recent petition of Tennessee faith leaders standing up against the “Slate of Hate” in our state legislature. Please convey my heartfelt thanks to them and accept this donation to support the work you and those leaders are doing. I’m so grateful that they’re giving all people a place to worship.

The pop star broke her career-long political silence in October when she endorsed Phil Bredesen, the former Nashville mayor, two-term Tennessee governor, for US Senate.

When Swift announced her support of Bredesen on Instagram, she specifically spoke out against Bredesen’s Republican opponent, eight-term congresswoman Marsha Blackburn, and legislation she’s supported.

I’m writing this post about the upcoming midterm elections on November 6th, in which I’ll be voting in the state of Tennessee. In the past I’ve been reluctant to publicly voice my political opinions, but due to several events in my life and in the world in the past two years, I feel very differently about that now. I always have and always will cast my vote based on which candidate will protect and fight for the human rights I believe we all deserve in this country. I believe in the fight for LGBTQ rights, and that any form of discrimination based on sexual orientation or gender is WRONG. I believe that the systemic racism we still see in this country towards people of color is terrifying, sickening and prevalent. I cannot vote for someone who will not be willing to fight for dignity for ALL Americans, no matter their skin color, gender or who they love. Running for Senate in the state of Tennessee is a woman named Marsha Blackburn. As much as I have in the past and would like to continue voting for women in office, I cannot support Marsha Blackburn. Her voting record in Congress appalls and terrifies me. She voted against equal pay for women. She voted against the Reauthorization of the Violence Against Women Act, which attempts to protect women from domestic violence, stalking, and date rape. She believes businesses have a right to refuse service to gay couples. She also believes they should not have the right to marry. These are not MY Tennessee values. I will be voting for Phil Bredesen for Senate and Jim Cooper for House of Representatives. Please, please educate yourself on the candidates running in your state and vote based on who most closely represents your values. For a lot of us, we may never find a candidate or party with whom we agree 100% on every issue, but we have to vote anyway. So many intelligent, thoughtful, self-possessed people have turned 18 in the past two years and now have the right and privilege to make their vote count. But first you need to register, which is quick and easy to do. October 9th is the LAST DAY to register to vote in the state of TN. Go to vote.org and you can find all the info. Happy Voting! ���

Bredesen lost the senate race, but Swift remains outspoken. In a recent essay and corresponding cover story for Elle, Swift said she wanted to wait until she was ready to speak out on something like politics.

“I took a lot of time educating myself on the political system and the branches of government that are signing off on bills that affect our day-to-day life,” she wrote. “I saw so many issues that put our most vulnerable citizens at risk, and felt like I had to speak up to try and help make a change.”

Swift committed to doing more in the future, alluding to the upcoming 2020 presidential race.

“I’m going to do more to help,” Swift said. “We have a big race coming up next year.”

Many Nipsey Hussle Fans Devasted! The Free Tickets Were Gone In 42 minutes! The Staple Center Seats Over 20 Thousand!

A Special Tribute For The World Reknown Winans!