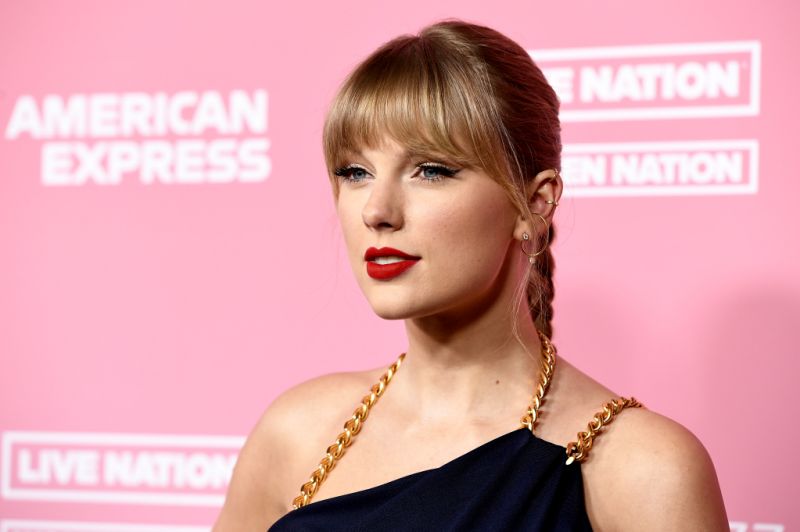 Taylor Swift used her speech at Billboard’s 2019 Women in Music event on Thursday to speak out about her ongoing dispute with Scooter Braun. The singer and songwriter, who turned 30 on Friday,...
by Zach Freeman December 13, 2019 245 Views

Taylor Swift used her speech at Billboard’s 2019 Women in Music event on Thursday to speak out about her ongoing dispute with Scooter Braun.

The singer and songwriter, who turned 30 on Friday, received the Woman of the Decade award at the event, held in L.A on Thursday. Swift used the platform to call out Braun, whose company, Ithaca Holdings, purchased her former record label, Big Machine Label Group, including the masters to her first six albums (meaning the rights to her early music). She went on to criticize other investors who she said were part of the deal, including George Soros, 23 Capital and the Carlyle Group.

Watch #TaylorSwift‘s full Woman of the Decade acceptance speech at our 2019 #BBWomenInMusic event https://blbrd.cm/jLABMT Taylor Swift Accepts Woman of the Decade Award | Women In Music 2019billboard.com2,6584:30 AM – Dec 13, 2019Twitter Ads info and privacy731 people are talking about this

.@taylorswift13 accepts the Woman of the Decade Award at our 2019 #BBWomenInMusic event. pic.twitter.com/vw0FP96S0o— billboard (@billboard) December 13, 2019

I just gave @taylorswift13 the Woman Of The Decade award at @billboard awards and she fucking WENT there with her speech. Watching a young woman speak up and speak out like that, completely Fearlessly and unapologetically about rampant gender inequality… was pretty iconic. ❤️ pic.twitter.com/mY8ssqy8kl

Swift told the audience that as the “resident loud person,” she wanted to talk about the “new shift that has affected me personally” and “is a potentially harmful force in our industry.” She said it’s the “the unregulated world of private equity coming in and buying up our music as if it’s real estate. As if it’s an app or a shoe line.”

She continued, “This just happened to me without my approval, consultation or consent. After I was denied the chance to purchase my music outright, my entire catalog was sold to Scooter Braun’s Ithaca Holdings in a deal that I’m told was funded by the Soros family, 23 Capital and the Carlyle Group. Yet, to this day, none of these investors have ever bothered to contact me or my team directly— to perform their due diligence on their investment. On their investment in me. To ask how I might feel about the new owner of my art, the music I wrote, the videos I created, photos of me, my handwriting, my album designs.” (Big Machine Label Group has said Swift was given an opportunity to buy her music back, however, she has said it wasn’t a straight-forward deal.)

Swift went on to say Braun — a music manager who reps megastars including Ariana Grande, Justin Bieber and Demi Lovato — “never contacted me or my team to discuss it prior to the sale or even when it was announced. I’m fairly certain he knew exactly how I would feel about it though — and let me just say that the definition of toxic male privilege in our industry is people saying, ‘But he’s always been nice to me,’ when I’m raising valid concerns about artists and their right to own their music. And of course he’s nice to you — if you’re in this room, you have something he needs.”

Swift said that “private equity is what enabled this man, according to his own social media post, that he could ‘buy me,’” before adding, “[I’m] obviously not going willingly.”

She went on to thank the women in the industry who had her back as she’s taken on Braun. She said it’s been “one of the most difficult times” and she will “never, ever forget” the support, before adding cheekily, “like ever.”

Actress Jameela Jamil, who presented Swift the award and is an outspoken feminist, applauded Swift for going there in her speech. “Watching a young woman speak up and speak out like that complete fearlessly and unapologetically about rampant gender inequality was pretty iconic,” she wrote on Twitter.

How Hackers Are Breaking Into Ring Cameras: They Can See In Your Home And Talk To You