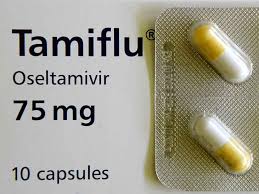 Tamiflu may have odd side effects, particularly in children, experts say

Tamiflu may have odd side effects, experts say   INDIANAPOLIS — In the throes of one of the most severe flu seasons in recent years, renewed attention is being paid...
by Zach Freeman February 13, 2018 422 Views 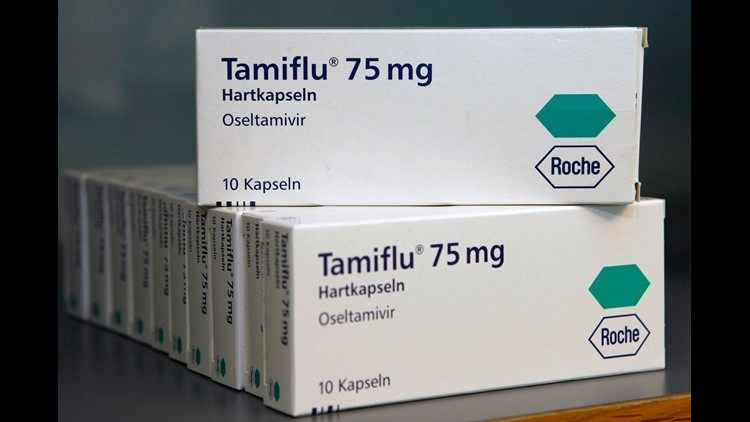 Tamiflu may have odd side effects, experts say
INDIANAPOLIS — In the throes of one of the most severe flu seasons in recent years, renewed attention is being paid to the suggestion that one of the few medications to treat the virus may not be right for every patient — especially healthy children and young adults.

For the last decade, reports have surfaced that Tamiflu may have “neuropsychiatric side effects” in some patients, particularly children and young adults.

The drug’s warning label notes that people with influenza, including those taking Tamiflu, may be at an increased risk of confusion or abnormal behavior. The Food and Drug Administration also mentions this as a potential serious side effect, saying that people who have the flu or take Tamiflu should be watched for signs of unusual behavior.

The U.S. Centers for Disease Control and Prevention also notes there have been reports of delirium and self-injury in teenagers on Tamiflu, adding most of the reports came in Japan, where it was not clear whether the flu itself or the drug was to blame.

Feb. 13: Texas teacher dies after opting out of Tamiflu because of costly $116 copay

Feb. 12: Is Tamiflu the answer for your flu? Here’s what you need to know

It is not clear just how often this rare side effect occurs, but this flu season, as more people develop the virus and seek medical help for it, a number of anecdotal reports have surfaced from around the country about side effects in children who have taken Tamiflu. Charlie Harp, an Indiana teen, took his own life, two weeks ago, an act his family attributed in part to the drug. A 6-year-old girl in Texas taking Tamiflu tried to jump out the window.

Genentech, the company that sells Tamiflu, declined to comment on specific cases in an email. But Bob Purcell, the director of corporate relations for the company, said that the most common side effects associated with the drug are nausea, vomiting, headache and pain.

“We take all such reports very seriously and undertake thorough investigations,” the email said. “Data is provided to regulatory authorities for their independent review and to date there is no data suggesting a link with antiviral treatment.”

Experts say that deciding whether to prescribe Tamiflu always requires an analysis of the potential benefits compared with the potential risks.

“It’s used because it’s an effective medicine against influenza,” said Dr. Christopher Belcher, director of infection control at St. Vincent in Indiana. “It is a valuable medicine in treating the flu in people at high risk. But you always need to take into consideration the side effects.”

Feb. 13: 9 tips for preventing flu at the office

Just as stories have swirled about those who had side effects from the flu, there have been those about the deaths of young, healthy people from the flu. A second-grade teacher in Texas delayed taking Tamiflubecause of its cost and then died.

Across the country, this has been one of the most severe seasons in recent years and so far it shows little sign of easing.

Other than supportive care — think plenty of fluids, over-the-counter drugs for fever and pain, and rest — doctors have few drugs that work against the flu. Tamiflu, an antiviral, ideally is taken within 48 hours of symptom onset and does not cure the flu immediately but may lessen the length and severity of symptoms.

While Tamiflu can be a lifesaver for those at high risk of complications from the virus, some question how much good it does for patients without pre-existing conditions.

Feb. 10: Why are people outside high-risk groups dying from the flu?

“Even without thinking about the neuropsychiatric effects, I don’t think there’s great data that Tamiflu makes a huge difference in people who are otherwise healthy,” said Amy Peak, a professor of pharmacy practice at Butler University.

Sufficient data now exists to suggest the neuropsychiatric effects can occur with Tamiflu and they’re most likely to happen in males under 20, Peak said. It is not known why that group appears to be more susceptible or whether it’s more likely to happen when a patient is taking other medicine as well.

A 2017 Japanese study of 382 medical staffers who had taken Tamiflu preventively after being exposed to influenza found that 22% of those surveyed experienced some side effects, including stomach distress, and 0.5% had a neuropsychiatric reaction.

Still, those who have underlying conditions stand a greater risk from the flu than they do the antidote to it, Peak said.

“There is sufficient data that the benefits are likely to be more pronounced,” she said. “I don’t want the message to be don’t ever take Tamiflu.”

The CDC recommends the medicine for patients hospitalized with influenza, said Belcher, who heads the pediatric infectious disease department at Peyton Manning Children’s Hospital. Patients in the hospital are also monitored closely, so if they start to experience side effects that will be noticed rapidly.

Feb. 9: This flu season is the worst in nearly a decade — and it’s not getting better

Feb. 5: Got the flu? Here’s what works to lessen the misery

However, parents may request treatment for their children, even those who may not be that ill, doctors say.

“We’re kind of in a society where we expect the Cadillac of medical care all the time,” Belcher said. “Parents need to be aware of the side effect and they need to have that discussion with their physician, balancing the risk from influenza with the risk of this rare side effect.”