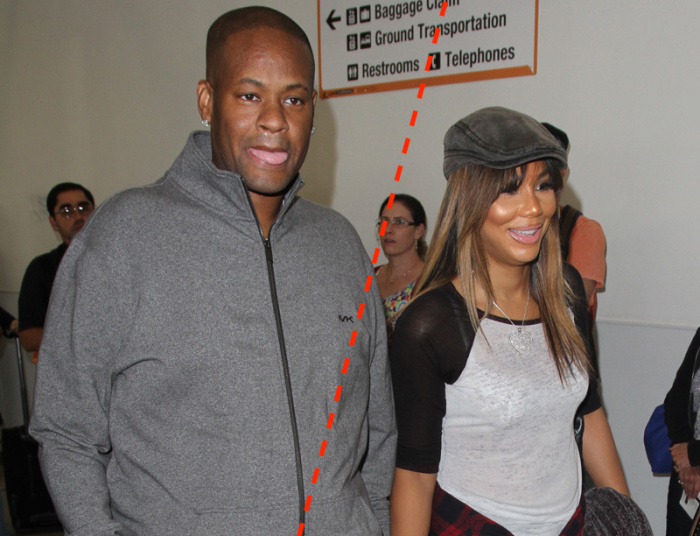 Tamar Braxton’s ex-husband Vince Herbert is close to having his royalties seized in a $4 million legal battle. According to court documents obtained by The Blast, a New York judge has...
by Raquel Jayson December 12, 2019 264 Views

Tamar Braxton’s ex-husband Vince Herbert is close to having his royalties seized in a $4 million legal battle.

According to court documents obtained by The Blast, a New York judge has set a hearing for January 22, 2020. The judge ordered Vince to appear in the case brought by Sony Music. Sony Music is attempting to collect on a $4 million judgment from a separate legal battle. They accuse him of not paying a dime on the debt.

The music company provided evidence they served Vince at his business address. Vince has yet to respond to the case or show up to court. He is close to having his money seized by Sony.

Vince is a music producer who worked with Sony Music. The label ended up suing Herbert in 2017 over unpaid advances. In their original lawsuit, Sony Music said Vince was hired to find new artists.

They paid him an advance which was to be recouped with music sales. They claim he failed to pay back the advances as promised. They sued seeking millions in damages.

Sony Music said, “No portion of the Judgment has been satisfied and the Judgment continues to accrue interest. Defendant Herbert instead has evaded enforcement through a series of shell transactions using an ever expanding list of closely held corporate entities as a means to fund and thrive upon a lavish lifestyle at the expense of his creditors, including Sony Music.”

They brought a new case against Vince in New York to try and seize his assets. They believe he was hiding assets to avoid having it taken to pay off the debt. They wrote, “, “For example, until approximately August 2018, Vincent was known to live in a home in a gated community in Calabasas, California. Upon information and belief, this home was owned by an entity directly or indirectly controlled by Herbert called Glory Place LLC FKA Heavenly Place LLC.”

Further, “While living at this home, Herbert undertook extraordinary steps to undermine Sony Music’s efforts to serve documents in order to domesticate the Judgment in California. Sony Music had to turn to the California courts to allow for substitute service. Upon information and belief, when the Calabasas home was sold in 2018 for $9.8 million, the proceeds went primarily to pay down certain of Herbert’s direct and indirect creditors, but not to pay down the Judgment.”

Sony Music accused Herbert of creating another shell company named GloJoe. They said, “Sony Music has learned that, since the date of the Judgment, Herbert had caused ATV to arrange for payments to him in excess of $472,000 through using GloJoe as an alter ego, including $400,000 in April, 2019.” They also believed he collected an additional $1,825,424 using GloJoe. Sony Music is pleading with the judge to step in and hand over the money.

Vince has had a series of financial issues in the past couple of years. He was found in contempt of court in a separate $380,000 court battle for failing to turn over his financial records.

His divorce from Tamar recently became final. Tamar filed for divorce from Vince back in October 2017 after nine years of marriage. Vince dragged his feet for over a year and refused to even show up to court.