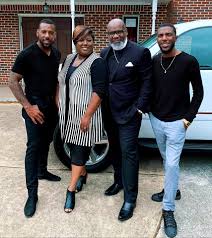 Tallahassee Police have released the name of the suspect killed in Wednesday’s officer involved shooting.

Now, Tallahassee pastors who are apart of the Frontline Pastors Action Council say death and the hands of an officer is an issue that not just in Tallahassee but across the nation.

This comes after the third officer-involved shooting in Tallahassee this year.

The most recent happening after a fatal stabbing that led to an officer involved shooting on Holton Street.

Community leaders are asking for more transparency from the police department.

“But at any time that this investigation is going on, I reiterate someone from the community should be at that table that is not law enforcement to be apart of the discussion and the discovery,” said Pastor Rudolph Ferguson Sr.

Pastor Ferguson is the chairman of the Frontline Pastors Action Council.

He is calling on justice, but also peace and love in the community.

Pastor Richard Ledford is also calling on other white pastors to not ignore racism that is still plaguing the entire country.

“And from their pulpit to take a stand to educate their congregation that we have got to love one another and work together,” said Ledford.

All the pastors want to make sure the families of these tragedies continue to heal.

The officer involved has been placed on administrative leave pending further investigation.