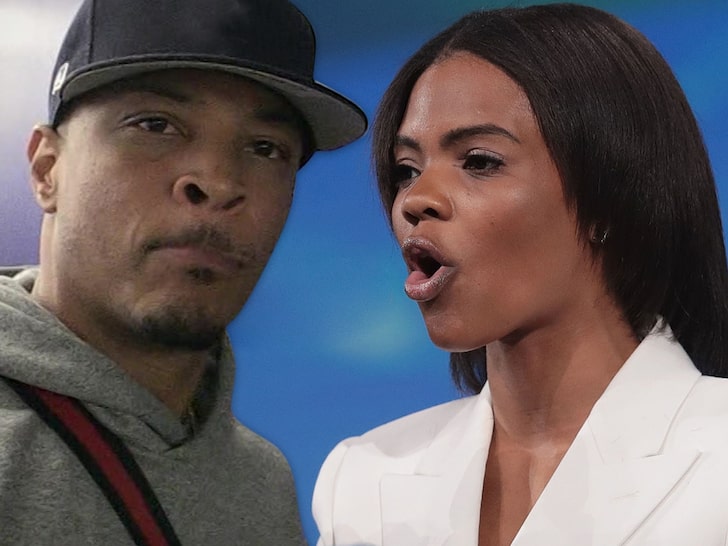 TMZ/Getty Composite T.I. had a good question for staunch Trump supporter Candace Owens — when was America actually great … and what exactly is DT trying to emulate??? The rapper asked this of Candace...
by Raquel Jayson September 15, 2019 349 Views

T.I. had a good question for staunch Trump supporter Candace Owens — when was America actually great … and what exactly is DT trying to emulate???

The rapper asked this of Candace Saturday night at a summit held by Diddy‘s REVOLT TV in Atlanta, where they were discussing why the President’s slogan is viewed as racist among many in the black community. Safe to say, things escalated quickly from there.

Moderator Jeff Johnson said Trump has stoked fear into poor whites that their enemy is poor blacks — to which Candace asked when the Prez said that verbatim. Johnson suggested that the guy’s slogan in and of itself was a sign of that fear-mongering.

T.I. firmly asked Candace what period in American history is Trump so sure was “great” — listing examples, like when women couldn’t vote … or when black people were lynched.

Candace suggests Trump is hearkening back to the Reagan years, when the then-presidential hopeful said something to the same effect while on the campaign trail. T.I., however, has his own view of the 80s … calling it the crack era. He kept pressing, and Candace ultimately wasn’t able to get out a straight answer to his initial question.

Things got worse when Candace invoked slavery — seemingly suggesting, at first, that America was one of the first countries to free its slaves … but stopping and quickly pointing out that slavery was worldwide, and not just taking place here in the States.

Folks in the crowd became even more irate about that, and when Candace tried to get her point out … T.I. was quick to shut her down, saying her beginning premise was “bulls***.”

REVOLT TV is bringing its summit to L.A. next month. If the Atlanta event is any indication, L.A. should bring out the fireworks just the same.