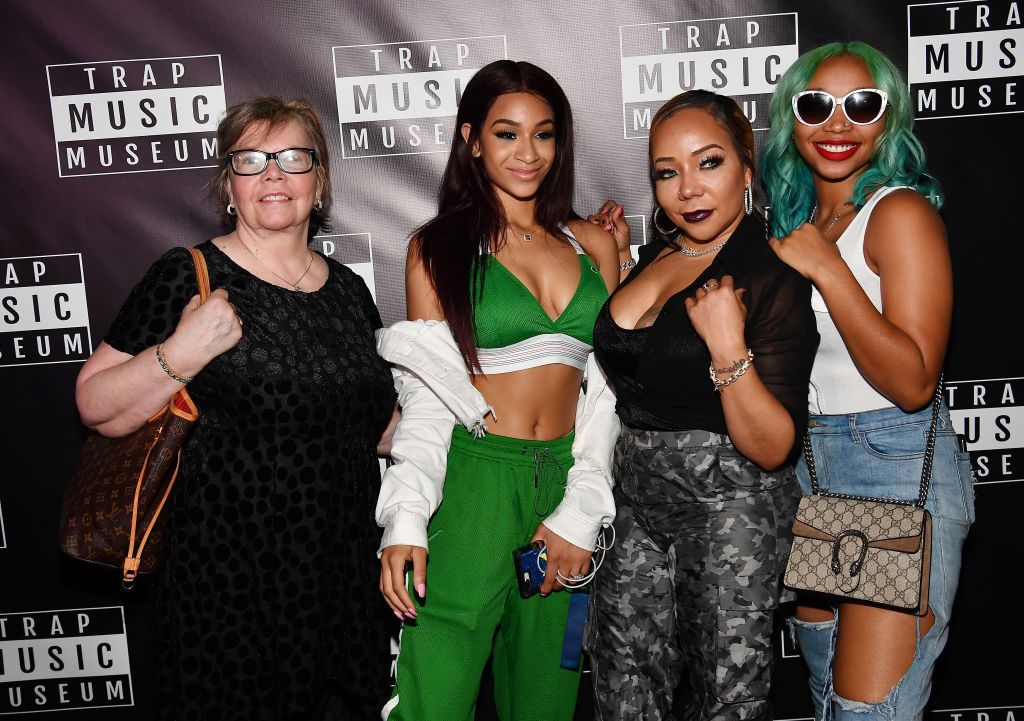 T.I.’s Daughter Unfollows Him and Her Family After His Comments About Her Hymen

T.I.‘s daughter, Deyjah Harris, has unfollowed her dad on Instagram. While the exact timing of the social media move is unclear, some speculate it came after the 39-year-old rapper said...
by Zach Freeman November 11, 2019 513 Views

T.I.‘s daughter, Deyjah Harris, has unfollowed her dad on Instagram.

While the exact timing of the social media move is unclear, some speculate it came after the 39-year-old rapper said he attends the 18-year-old celebrity’s gynecologist appointments to “check her hymen.”

While Deyjah has yet to publicly address her father’s remarks, she recently liked a series of tweets calling his actions “disgusting,” “possessive” and “controlling.” She also tweeted, “I loveeeeeee yalllllll” and received an outpouring of support from her fans.

T.I. made the controversial comments during an interview for last week’s Ladies Like Us podcast. When asked if he’d had the “sex talk” with his daughters, the “Whatever You Like” star replied, “Have I? We go…Deyjah’s 18, just graduated high school, now she’s attending her first year of college, figuring it out for herself. And, yes, not only have we had the conversation…we have yearly trips to the gynecologist to check her hymen.”

He then went into detail about a specific visit that took place after Deyjah’s 16th birthday.

“Right after the birthday, we celebrate…usually the day after the party. She’s enjoying her gifts. I put a sticky note on the door: ‘Gyno, tomorrow, 9:30,'” he said. “We’ll go and sit down, and the doctor will come and talk, and you know, the doctors maintain a high level of professionalism. He’s like, ‘Well, you know, sir: In order for me to share information…’ I say, ‘Deyjah they want you to sign this…so we can share information. Is there anything that you would not want me to know?'”

He also recalled asking the doctor to “just check the hymen please and give me back my results, expeditiously.”

After hearing the remarks, several celebrities, including Chrissy Teigen and Iggy Azalea, took to Twitter to share their thoughts.

“Really I wish the women who interviewed him would have said something to him,” Azalea wrote in a since-deleted tweet. “He has serious control issues with women in all aspects of his life and needs therapy.”

The co-hosts of the podcast, Nazanin Mandi and Nadia Moham, also took down the episode and apologized for their “knee jerk reaction to the uncomfortable topic.”

T.I. has yet to publicly comment on his remarks.