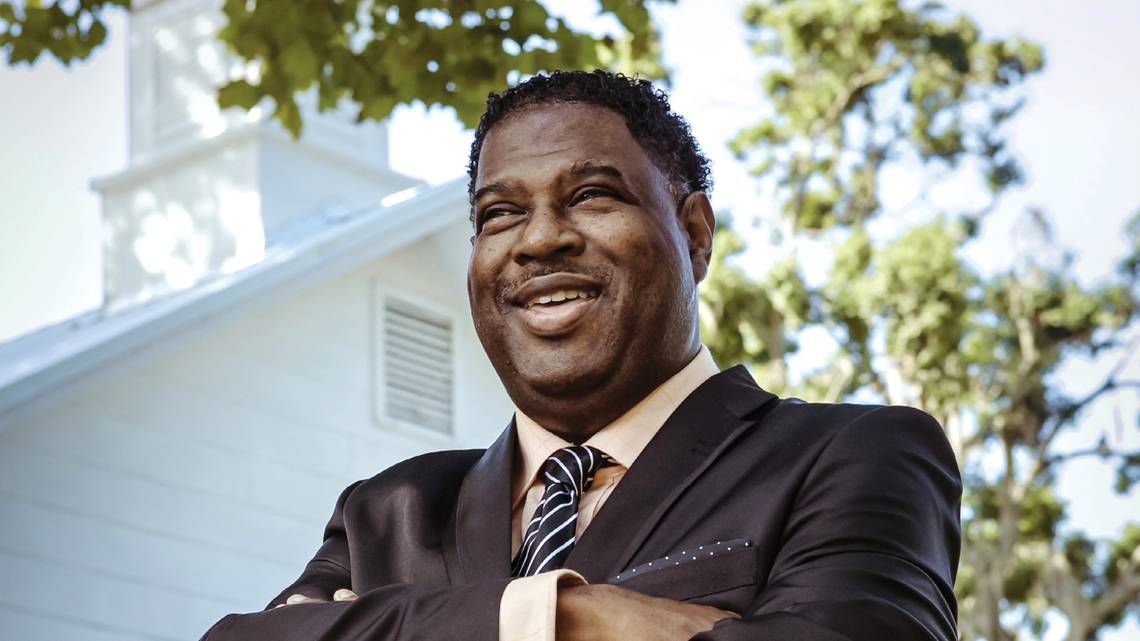 This past week was supposed to be an exciting several days for Rev. Dr. Alvin Laranzo Petty and his wife of 11 years, Sharon.

Friday would be Sharon’s birthday, followed by the couple’s 12-year anniversary on Sunday — which coincided with Easter.

Petty was known as an “old soul,” who was teased for singing only older hymns from his place in the pulpit. His congregation told him their deepest secrets and shared their most private emotions without fear of judgment.

“Sometimes he was quiet, but when he got in a crowd, he would just light up the room. He put on a show,” Sharon Petty remembered. “I will miss him dearly.”

Petty, a native of Savannah, was born Nov. 23, 1966, to the late Alvena Cohen. He was raised in a devoted Christian home, where he developed a love for gospel music. He joined the Second Ebenezer Missionary Baptist Church and began directing the youth choir at the age of 8. Petty spent over 40 years in the field of music ministry.

In 1984, he graduated from Alfred Ely Beach High School. After high school, he attended Covington Theological Seminary, earning his Bachelor of Ministry, Masters of Ministry in Theology and Doctor of Ministry in Biblical Studies degrees.

Petty preached his first sermon, “Do You Know the Man,” on the third Sunday in May 1990 at the Second Ebenezer Missionary Baptist Church in Savannah. In 1997, he was invited to preach the fall revival at Hilton Head’s Historic First African Baptist Church. He was selected by the membership to become the new pastor in June 1999.

Petty was known always to wear a suit and be ready to perform his pastoral duties. Sharon joked that she bought him his first pair of jeans once they got married in 2009.

This year, Petty would have celebrated 22 years of service to the church. He preached the word of God for 31 years.

Petty was executive producer of the Historic First African Baptist Church Gospel Chorus’ first CD, “If God Be For Us,” released in the summer of 2004.

Under his leadership, the church celebrated its sesquicentennial anniversary in 2012 and dedicated a historical marker indicating it is the oldest church established in Mitchelville.

Petty died after a long battle with a chronic illness.

He was in a rehabilitation facility for just a few days before he died, but when Sharon went to pick up his belongings, his impact on the staff there was clear.

“He was only there for a few days, but the nurses there cried when I went to pick up his things,” she said. “He just had a phenomenal presence. He was that kind of person.”

In the days since Petty’s death, Sharon and his family have spent time remembering their favorite moments with him.

She chuckles at how, when they went to the movies, Petty loaded up on popcorn and then would fall asleep before the previews ended.

A dedicated yet temperamental Dallas Cowboys fan, Petty turned off the television as soon as the team began to lose.

“I don’t think we ever watched a whole game that they didn’t win,” she said.

TO PAY YOUR RESPECTS

Services for Petty will be held at the following times: