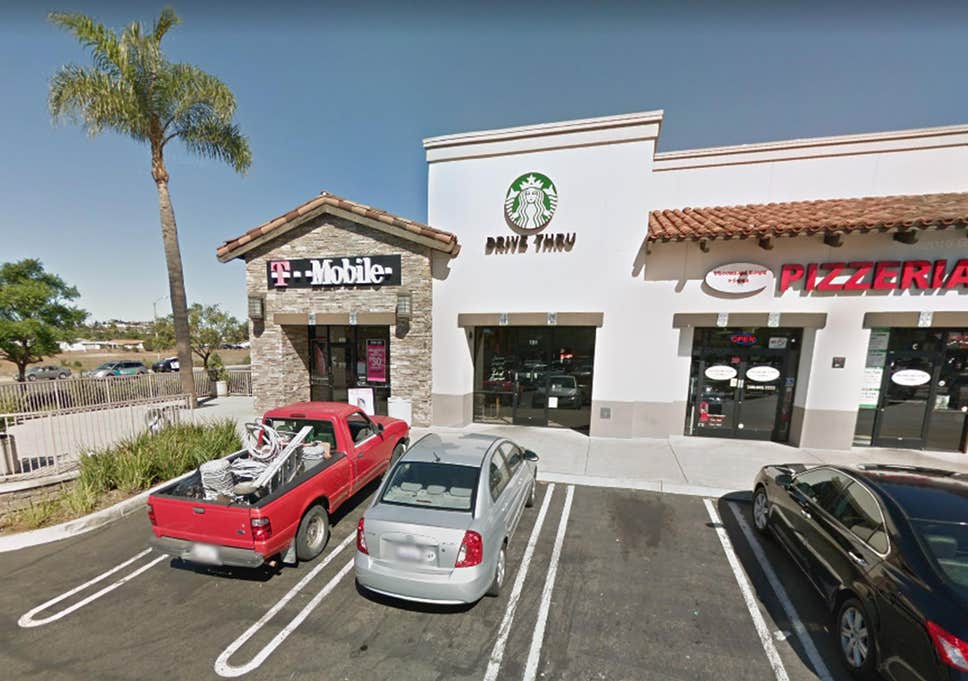 The teenagers’ scheme was straight out of NBC’s To Catch a Predator. After meeting an older man online and learning that he was “looking for under-aged girls to have sex with,” authorities...
by Raquel Jayson October 9, 2019 162 Views

The teenagers’ scheme was straight out of NBC’s To Catch a Predator. After meeting an older man online and learning that he was “looking for under-aged girls to have sex with,” authorities said, they lured him to an anonymous Starbucks in the far-flung suburbs of San Diego, where they planned to expose him as a paedophile and hand him over to the cops.

But on Sunday afternoon, when the sting was supposed to take place, things quickly spiralled out of control. The intended target, 32-year-old Robert Dreyfus, convinced one of the teens to get into his car “to talk,” the San Diego County Sheriff’s Department said. Then, he drove off with the 17-year-old girl.

Amateur sex stings targeting potential predators are a growing trend, and authorities are now pointing to Sunday’s alleged kidnapping as a prime example of why they’re a bad idea. Though cops soon came to the rescue – the 17-year-old managed to send a text message to her friends, who called 911 – officials warned on Monday that online vigilantes who try to stage public confrontations are putting themselves in serious danger.

The social media-fuelled phenomenon has become a source of frustration for law enforcement officials nationwide. Loosely inspired by the short-lived but wildly popular NBC show, which was cancelled in 2008 after a suspect committed suicide, so-called “predator hunters” troll dating sites and apps favoured by teens. Using fake photos and identities to pose as underage, they convince their targets to meet them in a public place. Often, the ensuing confrontation is broadcast live on Facebook, with commenters rushing to identify the alleged predator.

Though some busts have led to arrests and guilty pleas, aspiring undercover sleuths have also wound up settling lawsuits for defamation, or getting punched. Police have repeatedly warned the amateur crime-fighters that they are putting themselves at risk by entering a volatile situation that would ordinarily call for backup and body armour, and that there’s a good chance that the “evidence” they are gathering may not actually be legally admissible in court.  TOP ARTICLES1/6READ MORETurks react to military offensive in Syria withmix of fear and pride: ‘War is an attempt to divide opposition’

Predator hunters have also come under fire for publicly shaming people who have not yet been charged or convicted of a crime, sometimes with disastrous consequences. Last year, a 20-year-old Connecticut man committed suicide after he was confronted by a live-streaming vigilante from a group called POPSquad, who had posed as a teen boy to lure him to an empty house.

An NBC News investigation in January found more than 30 similar predator-hunting groups on Facebook, spanning 23 states. Though some individual posts and accounts, and one of the groups, were removed from the platform in January after the outlet questioned whether the online vigilantes’ tactics amounted to cyberbullying, they’ve continued to proliferate. Steven Kohm, a cultural criminologist at the University of Winnipeg, told NBC News that the fad could be linked to the same mistrust in authority that has spawned conspiracy theories like Pizzagate and QAnon, as well as a desire for mob justice.

“Criminal justice used to be emotional and participatory,” Mr Kohm explained. “Over the last 100 years, it’s become mostly hidden and dominated by professionals. People are yearning to reconnect with the punitive emotional core of the justice system. These groups focusing on the paedophile, a universally reviled category, helps them connect with the lost aspect of the justice system.”

Online predator hunters argue that their work is necessary because police aren’t doing enough to stop potential paedophiles. “I say there is a bigger problem than police can handle, and citizens who have some training should be able to assist police like this,” Anthony Greene, the founder of Truckers Against Predators, recently told the Springfield News-Leader.

The Missouri-based trucker, who himself is a survivor of abuse, told the paper that he has conducted more than 100 sting operations in the past year, orchestrating meet-ups wherever his work takes him. Men show up thinking they are going to have sex with a teen girl, only to be greeted instead by a burly, 300-pound trucker. In June, a man who Mr Greene confronted at a truck stop in Yuma, Arizona, was sentenced to five years in prison after being found guilty of luring a minor for sexual exploitation.

“I feel like the cause is worth it,” Mr Greene told the News-Leader. “Our kids are worth it. Something needs to be done more about these paedophiles.”

Greene and other predator hunters are eager to share their findings with the police, handing over reams of videos, photos, and potentially compromising messages. But if law enforcement officials don’t seem appreciative, it’s because actually securing a conviction is somewhat more challenging. Citizen vigilantes who belong to groups with names like “Parents Against Predators Nationwide” and “417 Predator Hunters” generally haven’t been trained on how to conduct an undercover investigation, and authorities sometimes find that there simply isn’t enough evidence to justify pressing charges.

In other cases, prosecutors’ hands are tied. In Missouri and Ohio, for instance, an individual can only be charged with child enticement if their victim is a minor, or an undercover law enforcement officer posing as a minor. Adults who take it upon themselves to pose as teens aren’t doing police any favours, and some officials worry that the highly-publicised amateur stings may actually do more harm than good since they run the risk of sending suspected paedophiles underground.

“What they’re doing is of zero impact to law enforcement,” one Ohio investigator told the Cincinnati Enquirer last year. “They’re not generating anything we can use.”

Still, stories about civilians bringing down alleged predators often make for great headlines. In 2017, an Oklahoma father discovered that his 15-year-old daughter was exchanging sexually explicit text messages with a 33-year-old man, and posed as the teenager to lure the older man to a tent in their backyard for sex. Several family members who were lying in wait pounced on the man when he arrived, then zip-tied his hands and feet to make sure he couldn’t escape before cops arrived. It’s unclear if the man ever faced criminal charges.

Another high-profile bust took place this summer, when a 20-year-old man in the San Francisco Bay area used Snapchat’s gender-swap filter to pose as a teenage girl, then took screen shots of the sexually explicit text messages that were allegedly sent to him by a local cop and handed them over to law enforcement. Though the officer was arrested and placed on leave, local prosecutors later emphasised that they strongly discourage other civilians from trying the same tactic at home.

Sunday’s failed sting exemplified the dangers of a DIY approach to criminal justice, but it did lead to a rare arrest: Dreyfus was jailed on suspicion of kidnapping, sending harmful matter to a minor and communication with a minor for specific offences. It’s not clear whether he has an attorney.

Though the 17-year-old girl was unharmed, officials took the opportunity to warn any other aspiring sleuths that undercover investigations are best left to the professionals.

“The Sheriff’s Department strongly discourages the public from setting up meetings or contacting anyone for the purpose of catching an individual who is committing a crime,” officials warned on Monday. “These types of situations can be extremely dangerous and should be handled by your local law enforcement agency.”

This Black Young Man Has Been In Jail For 3 Years For Trying To Buy A $10 Bag Of Weed! 3 Years Later All 21 Charges Have Been Dropped