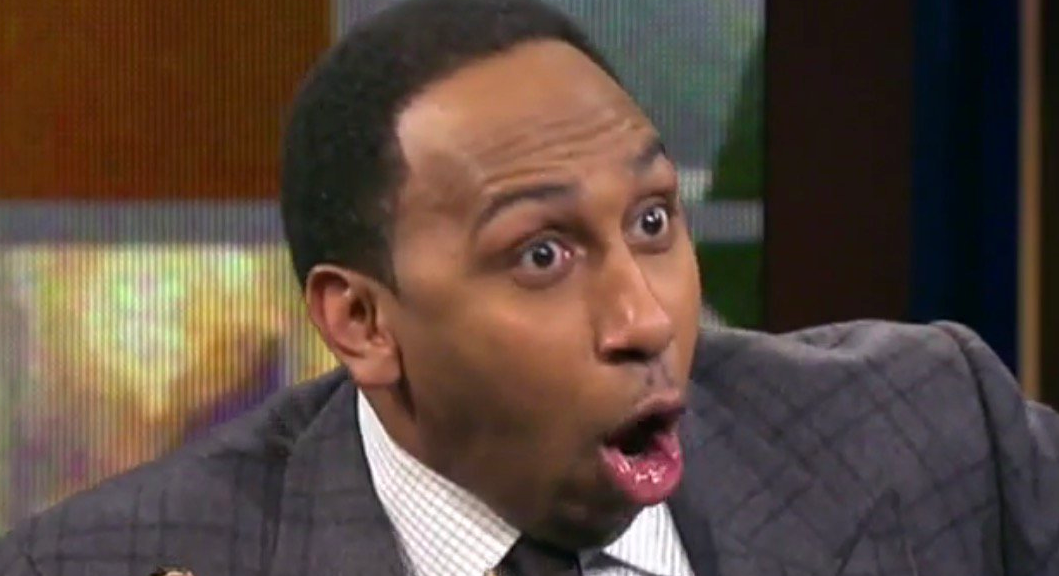 Stephen A. Smith is a passionate man.

Stephen A. Smith is known for some of the best theatrics in sports journalism and today, Smith went on an epic rant during his radio show. Lucky enough for us and the rest of the internet, Smith’s rant was caught on camera for all of us to see. What was Smith upset about you ask? Well, the NBA has revealed that they don’t call their owners by the term “owner” because it could be perceived as offensive. Instead, the league prefers to call people “governors” since its more politically correct.
https://www.youtube.com/watch?v=FZGrJwd4ACc

Smith is taking exception to this and went on a big rant today about how the new term is stupid. As Smith so eloquently explained, we’ve gotten to a point in society where everything has become a social issue and how everything offends people. Smith decided to insult those who are offended by the term “owner” by saying they are all “smoking crack.”

Stephen A Smith goes off on the NBA for moving away from the term ‘Owner’ pic.twitter.com/TTOjDcA23p

The ESPN analyst has been pretty combative with his audience as of late. He recently told a caller to “go to hell” and even hung up on someone when they admitted that they had called him high. Today, Smith hung up on at least five people out of frustration with their takes.

Smith’s most infamous moment with ESPN was when he said the Knicks recruited Lamar Odom while he was smoking crack, so it’s no surprise that he busted out the insult again.

A mother gave birth to other couples’ babies because of IVF company’s mix-up, lawsuit claims