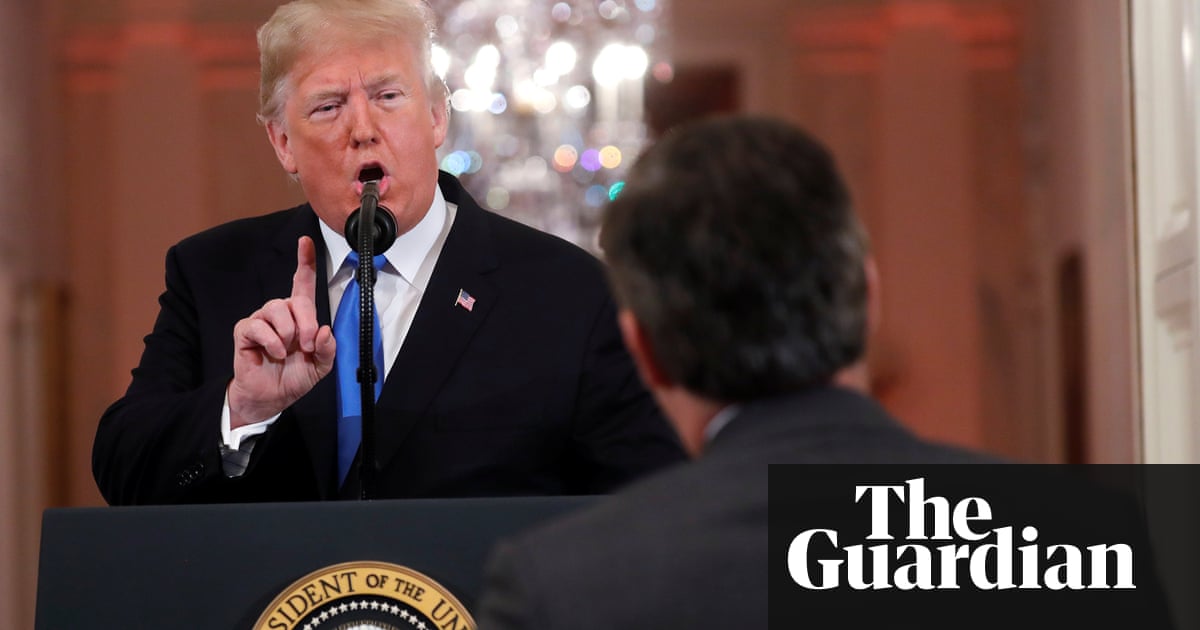 John Legend, Rosie O’Donnell, Sarah Silverman, Meghan McCain and more are furious with POTUS after he attacked a CNN reporter for asking him a question during a press conference.

“The president is a f–king embarrassment,” John Legend tweeted after Trump unloaded on Acosta for simply trying to ask questions while he had the mic.

During the exchange, Acosta asked Trump about his claim that there was an impending invasion by people in the refugee caravan. Trump attempted to dodge the question, but Acosta persisted — respectfully — and Trump went off.

“You know what? Honestly, I think you should let me run the country. You run CNN,” Trump fired back at Acosta at the first sign of tension. “If you did it well, your ratings would be much better.”

POTUS tried to move on to the next reporter’s question, but Acosta still had the mic and said, “Mr. President, if I may ask one other question–”

“Mr. President, I had one other question about the Russia investigation. Are you concerned that–” Acosta managed to say before Trump let out, “I’m not concerned about anything with the Russian investigation because it’s a hoax. That’s enough. Put down the mic.”

Trump then walked away from the podium to collect himself, only to return and say, “I’ll tell you what — CNN should be ashamed of itself having you working for them. You are a rude, terrible person. You shouldn’t be working for CNN. You’re a very rude person. The way you treat Sarah Huckabee [Sanders] is horrible. And the way you treat other people [is] horrible. You shouldn’t treat people that way.”

The next person to ask a question was NBC’s Peter Alexander, who defended Acosta. “I think that’s very unfair,” Alexander said. “In Jim’s defense, I’ve traveled with him and watched him. He’s a diligent reporter who busts his butt like the rest of us.”

Trump replied, “Well, I’m not a big fan of yours, either.”

We were left speechless, but Hollywood was not. See their reactions — and the exchange — in the tweets below. 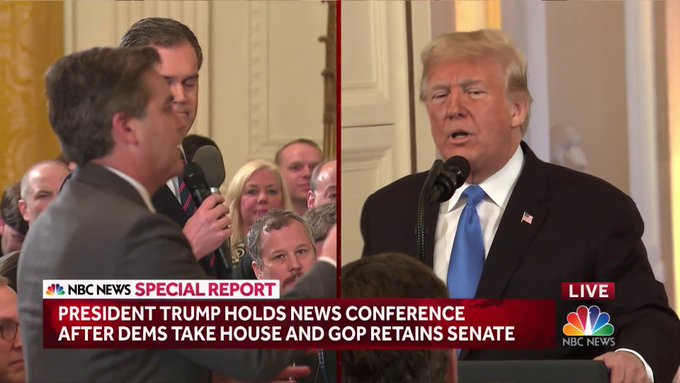 I lied. As long as @realdonaldtrump is our President, I’m not taking a day off. Too much to do. 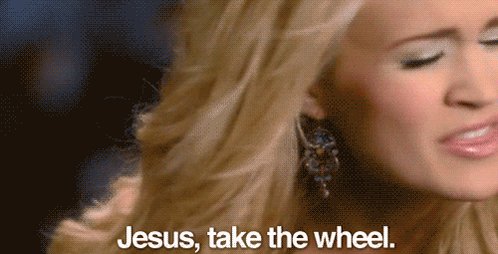 I got 4 hours of sleep last night and can’t emotionally deal with Trump’s presser right now.

now some more of the same please

A remarkable moment in American Journalism has just occurred. The First Amendment has been asserted. A free press has been seen holding a President accountable to reality.

The president is a fucking embarrassment.

Why doesn’t CNN and all journalists who check and verify everything they report sue trump for slander? He lies about them on the daily and is never held accountable

Trump to CNN’s Jim Acosta: “When you report fake news, which CNN does a lot, you are the enemy of the people.” 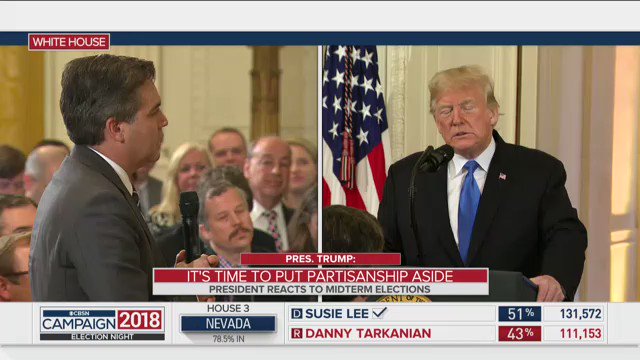 Why is he telling us all this #cheese

Well that was alarming. Stunning really.

The president of the free world right here. This is our country’s representative. What an utter incompetent, lying, bitter little child.

Someone’s having a meltdown.

I cannot wait until we no longer have a man-child who behaves like an angry baby in a sandbox “leading” this country.

@realDonaldTrump heard my question about voter suppression and mocked and I stood up and asked and then he tells me to sit down. I went back up and said you did not answer my question on North Dakota, Georgia and Florida and he challenges me

I just want to state this as clearly as possible:

Trump replied, “When you report fake news, you are the enemy of the people.”

Trump is saying he thinks CNN DESERVED TO BE BOMBED.

I love @Acosta with all my heart and soul.

Since the ordeal, Acosta has been busy retweeting numerous colleagues expressing their support for him and the way he conducted himself during the conference.

Below are some of those tweets — plus similar messages from reporters of various media outlets and publications.

I worked with Jim @Acosta at CNN. He is a consummate professional and journalist. Shameful how he was treated today by the person sworn to protect the 1st Amendment.

I stand with @Acosta. Proud to call you a colleague. #thatisall

I worked with Jim @Acosta during my years @CNN. He’s dogged and determined and a credit to his profession. His job is to hold power to account, not to be “nice” to the President or anyone else he covers.

Can we not make today into another Trump v. Media fight? This is exactly what he wants.

The entire White House Press Corps needs to stand up. And walk out.

Trump has called @Acosta an “enemy of the people.” Told @AprilDRyan to sit down. Scolded @PeterAlexander. And said @Yamiche asked a “racist question.” And we’re still going…

All 19 Black Women Who Ran For Judge In Harris County, Texas Won!