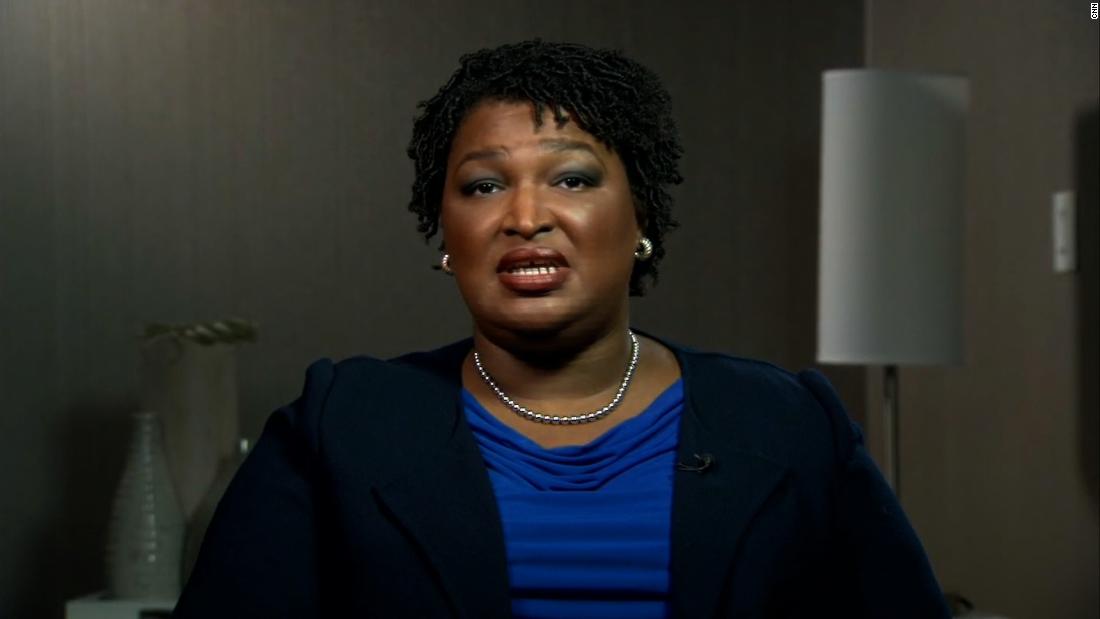 Stacey Abrams refuses to concede Georgia governor’s race until all votes are counted!

“I’m here to tell you tonight that votes remain to be counted,” Abrams told a group of supporters in Atlanta around 1:45 a.m.

Abrams was trailing Kemp by three percentage points — 48 percent to 51 percent — with 96 percent of precincts reporting.

Abrams’ side said they believed there might be enough outstanding votes — including absentees — to trigger a run-off in the Peach State. A candidate needs to cross the 50 percent threshold to win outright.

“Tonight we have closed a gap between yesterday and tomorrow, but we still have a few more miles to go,” Abrams said. She suggested that a victory was “just within reach,” and hinted that Kemp, the state’s secretary of state, had made it more difficult for her supporters to vote.

“I’m not going to name names, but some have worked hard to take our votes away,” she told supporters. 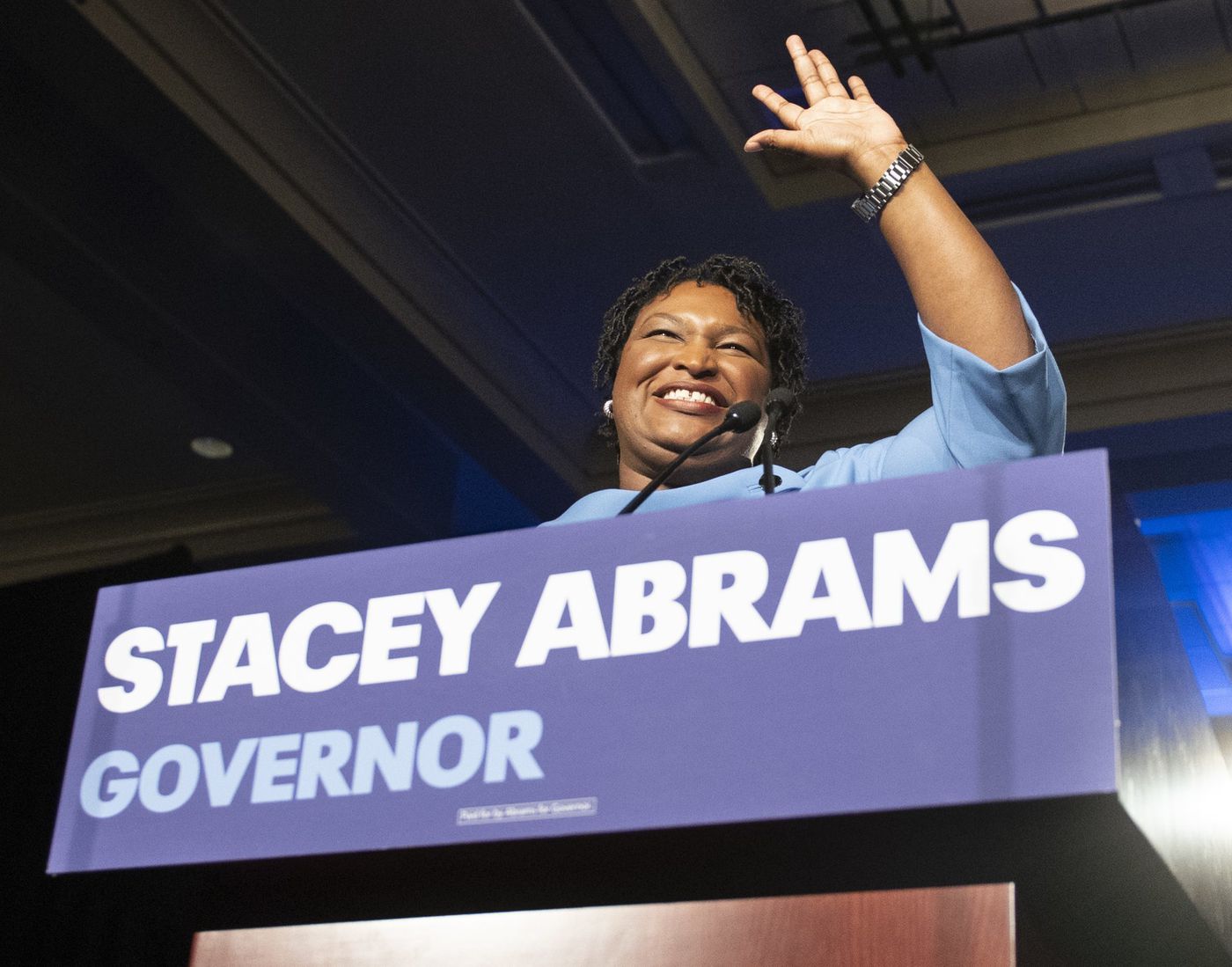 The race was marked by both sides bringing out their big guns — and claims of racism and voter suppression.

Kemp rolled out President Trump while Abrams, the former minority leader of the Georgia House, got help from former President Barack Obama and talk show queen Oprah Winfrey, who door-knocked alongside the candidate, shocking some voters.

Winfrey’s involvement also led to something sinister, as a racist robocall — in which the speaker pretended to be her — made the rounds. “This is the magical Negro, Oprah Winfrey, asking you to make fellow Negress Stacey Abrams the governor of Georgia,” said the message, funded by an Idaho-based white supremacist group, Road to Power.

“Years ago the Jews who own the American media saw something in me — the ability to trick dumb white women into thinking I was like them … I see the same potential in Stacey Abrams,” the call continued. “Where others see a poor man’s Aunt Jemima, I see someone white women can be tricked into voting for — especially the fat ones.” 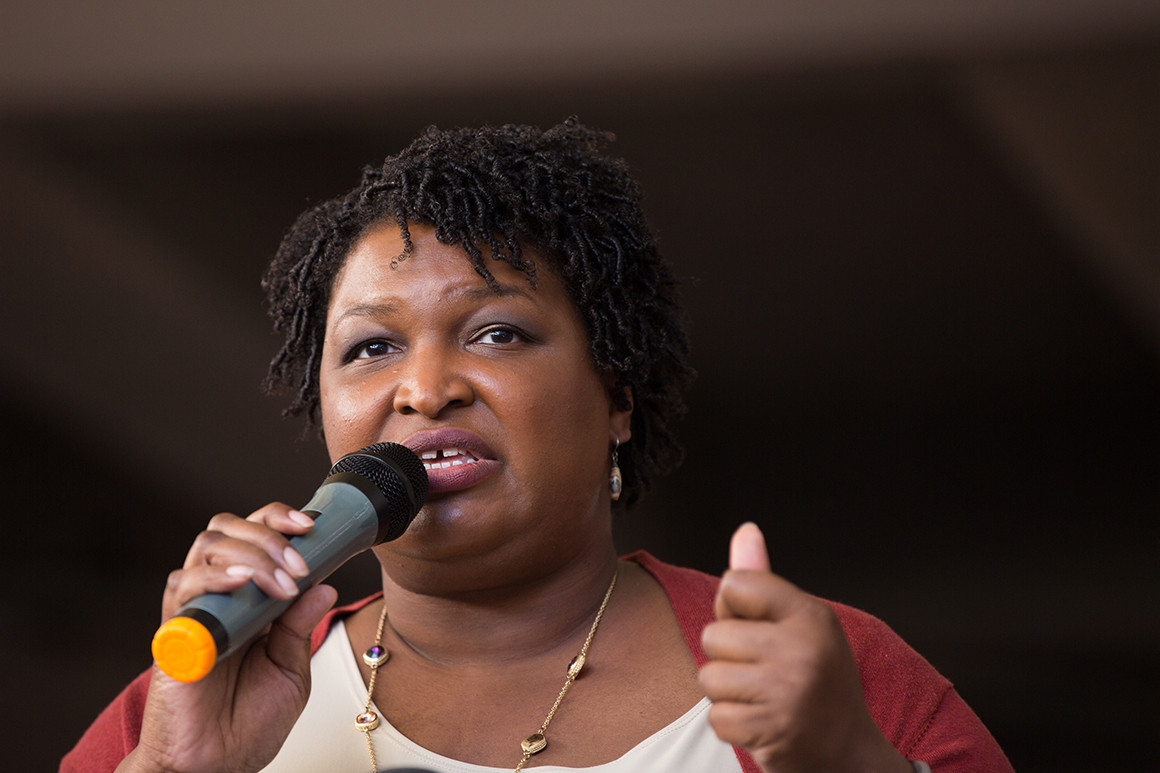 But Trump’s complaints about Abrams had their own racial undertones. The president told reporters she was “not qualified to be governor of Georgia, not qualified.”

The vote has been a central issue in the campaign, as Kemp is in charge of an election he’s competing in. Abrams for weeks has been accusing her Republican rival of trying to suppress minority turnout. On Friday, a federal judge ruled that Georgia needed to tweak its “exact match” voting requirement.

Then on Sunday, Kemp — in his capacity as secretary of state — accused the Democrats of trying to hack the state’s voter registration system.

A private citizen had warned that it was possible to change voter information — or delete it entirely — on the state’s online voter registration system. The individual had tipped off the Democratic Party, while a lawyer whom the citizen spoke with had told the FBI and Kemp’s counsel.

“There was never a hack,” Abrams said, responding to the accusation. “What was wrong is that he failed to do his job. He is abusing his power.”

Additionally, a handful of Georgia voters filed an emergency lawsuit at 5 p.m. Tuesday, represented by the group Project Democracy, in an attempt to prevent Kemp from “exercising any further powers of the Secretary of State’s Office in presiding over the 2018 general election, in which he himself is a candidate,” according to a release from the group.

Ironically, when at his polling location Tuesday, Kemp had some trouble casting a vote. His voter card read “invalid” and the secretary of state had to go back and get another card, according to a report from WSB-TV Atlanta.

Asked by the affiliate’s reporter if he should have given up his government gig, Kemp said no.

“No, not at all. We’ve been fighting the whole time, we’ve stayed on the offense, we’ve been moving ahead and you can’t dwell on things in politics, we just grind it out every day whether it was a good day or a bad day,” Kemp said.

Man breaks into crocodile enclosure and got what he was asking for!