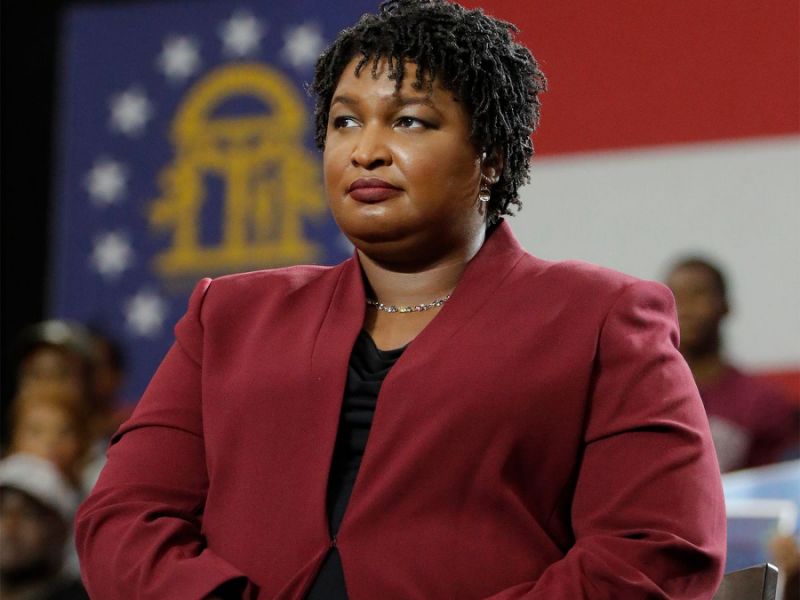 The author, activist and former Georgia gubernatorial candidate told Colbert a POTUS run was definitely on her to-do list. She also refused to deny she was planning to join the 2020 race. 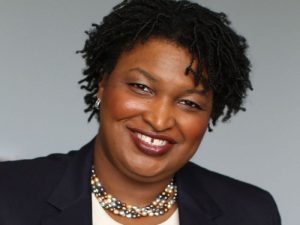 Abrams was on the show to promote her book, Lead From the Outside, which is third on the current New York Times paperback nonfiction bestseller list. The book was originally released as the hardcover Minority Leader in April 2018.

“In the book, you have an Excel spreadsheet of life goals. Is (becoming) president still on that spreadsheet?” Colbert asked Abrams.

“It is,” the former minority leader of the Georgia House of Representatives replied.

Colbert then asked if she could confirm she wasn’t planning to join the already-crowded 2020 Democratic field, which already includes a bevy of high-profile politicians, including Bernie Sanders, Elizabeth Warren, Kamala Harris and Kirsten Gillibrand.

Harris, incidentally, released a book just weeks before announcing her bid in January.

Abrams replied with a nod: “There’s absolutely no news I’d like to make this evening.”

Colbert laughed and said, “Really? That in and of itself is news, because you’re not willing to declare that you’re not running right now.”

Reiterating her point, Abrams replied: “I am not willing to declare anything tonight.”

In March, she tweeted that 2020 was “definitely on the table,” after telling the crowd at the South by Southwest Film Festival in Austin, Texas, she wasn’t planning on running for president until 2028.

“2028 would be the earliest I would be ready to stand for president, because I would have done the work that I thought necessary to be effective in that job,” she told the SXSW audience.

But later on Twitter she suggested she hadn’t ruled out an earlier run. “In #LeadFromTheOutside, I explore how to be intentional about plans, but flexible enough to adapt,” she wrote. “20 years ago, I never thought I’d be ready to run for POTUS before 2028. But life comes at you fast … Now 2020 is definitely on the table.”