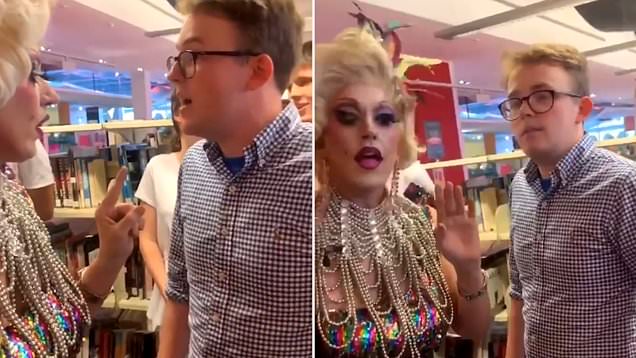 A gay man who went viral for protesting a drag queen story hour died Monday in an apparent suicide.

President of the University of Queensland’s conservative Liberal National Club Wilson Gavin died early Monday morning in Brisbane, Australia, at the age of 21, Buzzfeed reports. His death came a day after Gavin sparked internet backlash by protesting a drag queen story hour with about 20 others from the Liberal National Club.

The young man was gay and had campaigned against same-sex marriage in the past, the publication reports. His friend Solomon Sankari described Gavin to Buzzfeed as a “very smart young man.”

“Well-liked by all he met. Intelligent, funny and caring. A genuinely nice soul. It’s a shame he’s gone. Massive monarchist. He had a great passion and love for the Royal Family,” Sankari said.

“Very controversial politics. Like a swashbuckler,” he told Buzzfeed.“As current State patron of the UQ LN Club, I’m deeply saddened to hear of the death of Wilson Gavin,” Mark Robinson tweeted. “Wilson & his friends took a principled stand to protect children from inappropriate sexualisation & gender fluid ideology. For that he was treated terribly. Wilson, RIP!

Gavin and his fellow club members “stormed” into the Sunday morning drag queen story hour at Brisbane Square Library, chanting “drag queens are not for kids,” according to a video from the Australian news outlet Sunrise.

A group of conservative uni students has been slammed online after they stormed a drag queen children’s storytelling event at a Brisbane council library.

LGBTQIA+ & Human Rights Activist Johnny Valkyrie, who is transgender, posted on Facebook that the protest “was planned and targeted at me. It hurt and affected so many others. I am sorry.”