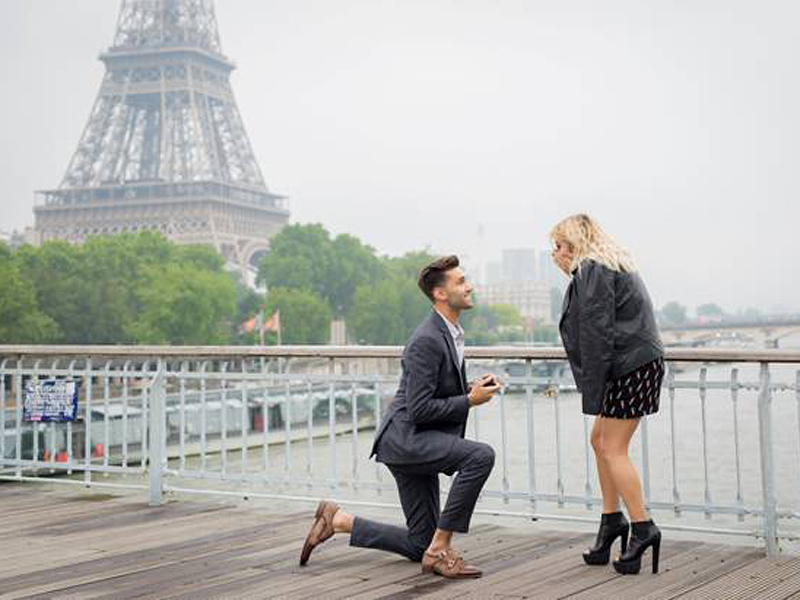 Some people have a really tough time getting up the nerve to make a marriage proposal. It’s a big commitment, and a huge decision, and the effort and expense...
by Joy Smith September 27, 2017 462 Views 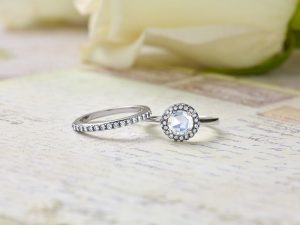 Some people have a really tough time getting up the nerve to make a marriage proposal. It’s a big commitment, and a huge decision, and the effort and expense of getting a ring, and popping the question, is just about all these guys can handle. Unfortunately, social media has created a wedding proposal trend akin to the MTV show My Super Sweet 16. I’m sure it won’t be long before there’s a reality TV show about the most extreme ways to ask someone to marry you. Seriously.

Let’s back up and figure out when, and why, this trend got out of control. As recently as 15 years ago, couples were still having normal engagements. There’s nothing new about doing something special or amazing as part of your proposal. For many, many years, grooms (and brides) have been popping the question at the top of the Eiffel Tower and in hot air balloons. Have you ever seen a proposal on the scoreboard at a sporting event? Lots of couples get engaged while skydiving. Millennials didn’t invent the extreme proposal, they’ve just taken it up another notch by publicizing it. 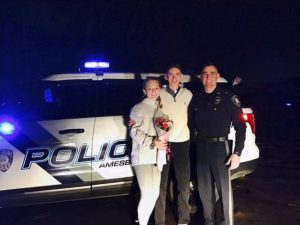 Before social media became prevalent, family and friends who weren’t actually present for the popping of the question had to settle their curiosity with hearing the story from the couple, and having a peek at any pictures they might have taken. Believe it or not, before everybody had a camera phone handy, many engagements went undocumented! Yes, it’s still a real engagement even if there’s no photographic proof it happened.

Social media has given newly engaged couples the ability to share their good news with the entire world. Brides and grooms can publicize every single detail LIVE via Facebook, or another social media app, as the big event is occurring. And even if they’re not broadcasting it in real time, they can still film it and make sure nobody misses a single second of their most intimate moment by sharing it on social media, and incorporating it into the wedding website.

But seeing so many over-the-top proposals online can be really intimidating for the future fiancés who wouldn’t be comfortable proposing in an extreme way. It’s also daunting to the future bride or groom who is already struggling to have enough money for a ring. And truthfully, that’s discouraging because most women and men will tell you the fact they’re proposing is what’s important, not the over-the-top way it was done. 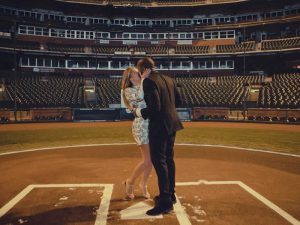 “Without a doubt, social media and Instagram has amped up the pressure and the intensity of proposals. It has taken what once was a very private and intimate moment and turned it into a public performance,” says Dr. Jane Greer, New York-based relationship expert and author of What About Me? Stop Selfishness From Ruining Your Relationship.

“It used to be that bridal showers and bachelor parties were the big, public, celebratory events. Now, the surprise of the moment—the display, the cost, the cleverness, the originality—suddenly becomes the focus, and a private event has become a public production. Consequently, men, who already feel anxious about proposing to start with, have the additional concern about impressing on social media with the proposal,” Dr. Greer says. 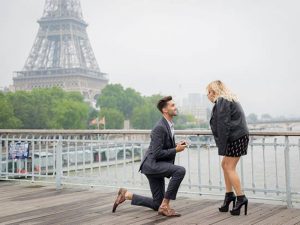 She says that the primary concern used to be “is the ring going to match her expectations?” But now it’s a package deal—the ring, the proposal, and everything is everybody’s business.

“All of this most certainly becomes a consideration for guys in terms of when, and even if, they are ready to propose,” Dr. Greer says. “The last thing men want in starting off their married life is for their girlfriend/soon-to-be fiancé to be disappointed or feel uncomfortable that the proposal was ‘not good enough.’ Social media has acted like silly putty on the classic proposal—it has stretched it way beyond the shape of what it was supposed to be. Once it was about the ring and the couple; now it’s about everybody in your orbit.”