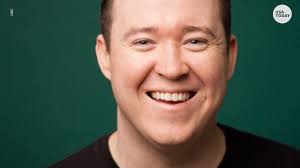 SNL Cast Member Fired After Only Being Hired 4 Days Ago

Shane Gillis was one of three new additions to ‘Saturday Night Live” and had described himself as “fat” and from a “white trash town.” USA

Shane Gillis, who has described himself as “fat” and from a “white trash town,” took aim at other targets. In a clip from a 2018 episode of his “Matt and Shane’s Secret Podcast,” the comedian made derogatory remarks about Asians while chatting with comedian co-host Matt McCusker.

Gillis posted an apology to Twitter late Thursday, saying he “pushes boundaries” and “sometimes miss(es).” But the backlash was severe, others found more questionable comments and ‘SNL’ producers drew criticism for not surfacing Gillis’ views before hiring him.

“After talking with Shane Gillis, we have decided that he will not be joining ‘SNL,'” said a statement attributed to executive producer Lorne Michaels. “We want ‘SNL’ to have a variety of voices and points of view within the show, and we hired Shane on the strength of his talent as comedian and his impressive audition for ‘SNL.’  We were not aware of his prior remarks that have surfaced over the past few days. The language he used is offensive, hurtful and unacceptable.  We are sorry that we did not see these clips earlier, and that our vetting process was not up to our standard.”

After Michaels issued his statement, Gillis boasted he is “a comedian who was funny enough” to get the job in the first place. “Of course I wanted to prove myself at SNL, but realize it would have been too much of a distraction,” he wrote on Twitter. “I respect the decision they made. I’m honestly grateful for the opportunity. I was always a mad tv guy anyway,” he added, referring to Fox’s onetime rival sketch-comedy series.

Chloe Fineman and Bowen Yang, already a writer on the show, are the other new “featured players,” a designation given to new cast members on the show, as Leslie Jones departs. The 45th season of the late-night staple begins Sept. 28 with Woody Harrelson as host.

Are You Ready For One Of The Most Anticipated Movies Of The Year: Harriet