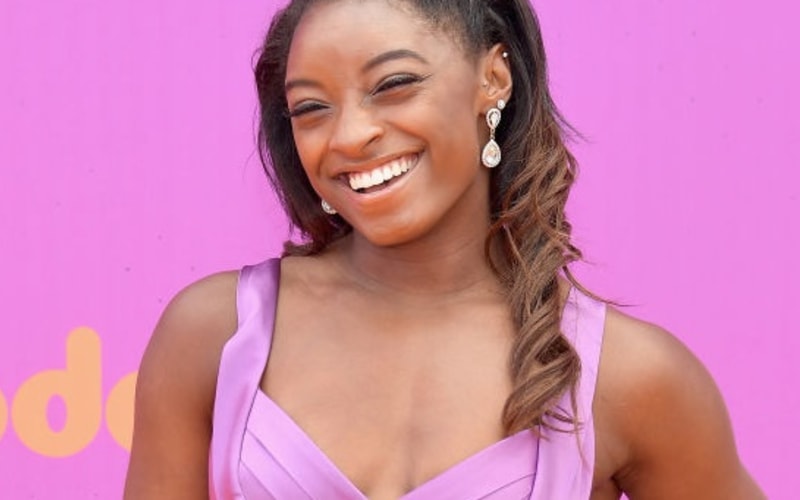 Photo Credit: Getty ImagesLogin Update (October 8, 2019): Simone Biles is arguably the best gymnast ever but the International Gymnastics Federation (FIG) doesn’t want her to be great. The FIG...
by Raquel Jayson October 8, 2019 846 Views

Update (October 8, 2019): Simone Biles is arguably the best gymnast ever but the International Gymnastics Federation (FIG) doesn’t want her to be great.

The FIG women’s technical committee reviewed two moves Biles completed during the US Championships. The moves, a double-double dismount and a triple-double on floor, have never been done by another gymnast.

The committee uses a letter system, starting at A for .1 point, to determine a move’s difficulty. The highest possible score is a J.

The triple-double understandably received a J but the double dismount was deemed an H, according to Bust.

Biles tweeted what everyone else was thinking.

The Olympian admitted she was “pissed off” about the decision.

“If it were [a gymnast from] another country trying it, it would definitely be a J,” Biles told NBC Sports. “But because it’s me. It’s so unfair, because, am I in a league of my own? Yes, but that doesn’t mean you can’t credit me for what I’m doing.”

Biles believes the organization is contradicting itself.

“They keep asking us to do more difficulty and to give more artistry, give more harder skills. So we do, and then they don’t credit it, and I don’t think that’s fair,” she added. “They keep asking for more, we give them more and they don’t credit it. So what’s the point of even asking? If you’re going to give it an H, nobody’s going to try it. But if you give it a J, not saying people will try it more, but at least it makes sense to try it because it’s something to shoot for.”

The FIG explained its decision in a statement last Friday.

“In assigning values to the new elements, the WTC takes into consideration many different aspects; the risk, the safety of the gymnasts and the technical direction of the discipline,” the organization said.

“The direction of the FIG for the past two Olympic cycles has been to encourage the perfect execution and beautiful artistic performance, while continuing the development of the skills. With this in mind, the WTC has assigned a ‘reasonable’ difficulty value to the dismount, reflecting on these many aspects. There is added risk in landing of double saltos for beam dismounts (with/without twists), including a potential landing on the neck. Reinforcing, there are many examples in the Code where decisions have been made to protect the gymnasts and preserve the direction of the discipline,” they continued.

Original: Simone Biles put together another historic move Saturday, and it’s now named after the gymnast.

Biles earned the new name at the World Artistic Gymnastics Championships in Stuttgart, Germany, where she landed the triple-double and executed a double-double dismount on the balance beam.

According to CNN, the move will be officially named after getting approval from the Federation of International Gymnastics.

The 22-year-old, who could become the most decorated gymnast in world championships history, already has another move named the “Biles.”

Biles earned the name when she landed a double-double dismount from the balance beam in August at the US Gymnastics Championships, PopSugar reported.

According to The Washington Post, she is the first woman to land the triple-double at the USA Gymnastics Championships and the third gymnast to ever successfully attempt the move.

“It felt incredible,” Biles said, according to People. “No female has ever done that skill before … I had trained it for a while now, so it was kind of just normal for me but looking back at the videos, it doesn’t look normal and I know it is not normal.”

Biles is also the first woman to attempt and successfully land a double-double dismount in a competition, CNN reported.

While many consider the Colombus, Ohio, native a superstar, the gymnast said she doesn’t consider herself a superstar.

“If I were to label myself as a superstar, it would bring more expectations on me and I would feel pressured, more in the limelight, rather than now,” Biles said, according to People.

Biles also responded to how she feels about being considered the biggest name at the 2020 Olympics in Tokyo, saying “I’m still a human being before I’m Simone Biles the superstar.”

“I’m still a human being before I’m Simone Biles the superstar.”
@Simone_Biles responding to being called the biggest name at #Tokyo2020.

Watch everything Simone had to say before competing at #Stuttgart2019 https://oly.ch/2o6wHlg 1434:32 AM – Oct 1, 2019Twitter Ads info and privacy38 people are talking about this

Biles had already successfully attempted the triple-double when she won the U.S. title in August.

According to NBC Sports, Biles now has 20 world championships medals, including six which she earned last year.