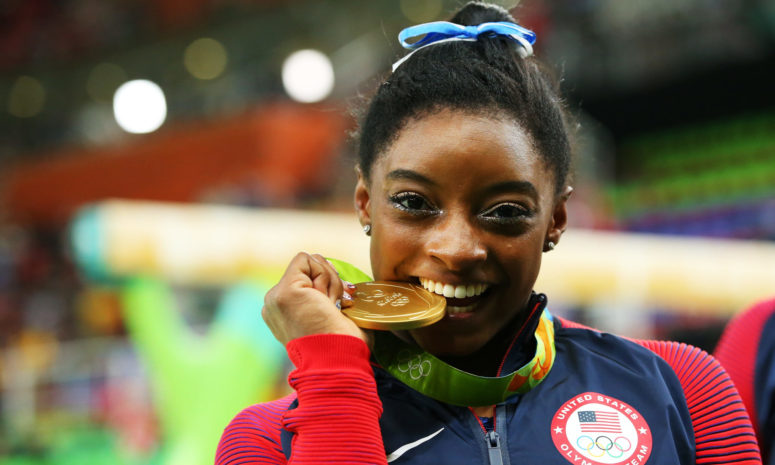 Simone Biles Keeps Making History — Watch All the Flips She Has Named After Her! 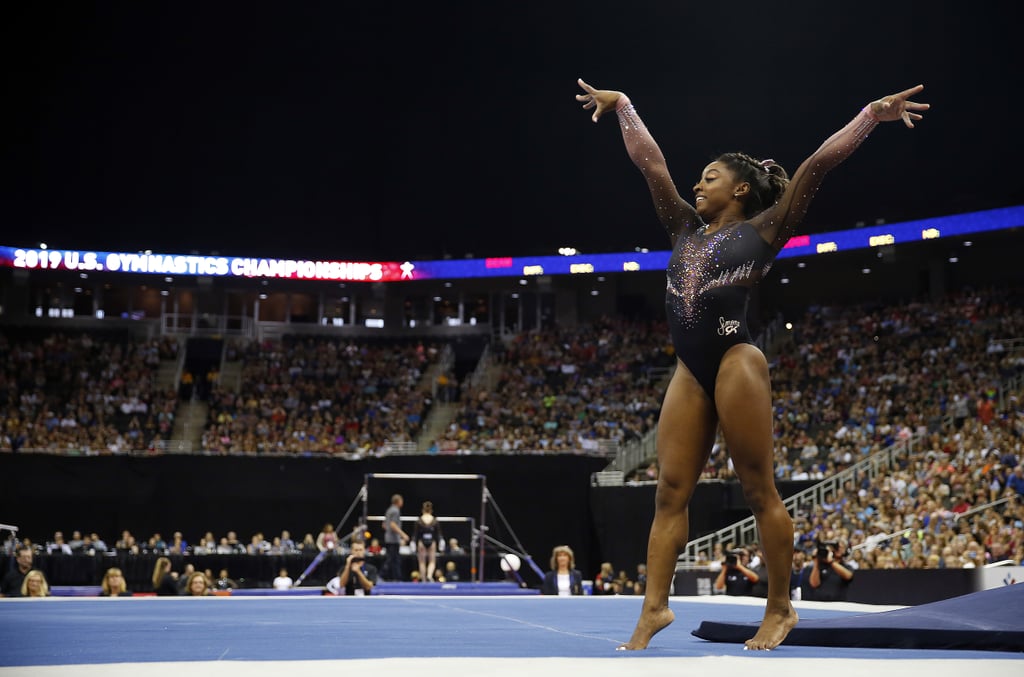 Simone Biles makes gymnastics, a sport known for its four-inch beam and gravity-defying tumbling, look easy. Her six-year winning streak continues, but that alone doesn’t just make her the GOAT. She’s the GOAT because she does skills that no woman has done before — and when you land these skills in an international competition (a World Championships or an Olympic Games, more specifically) they name it after you.

Aside from The Biles on floor, her signature double layout half, the four-time World Champion and four-time Olympic gold medalist has another move bearing her name on vault, also called “The Biles.” It’s a Yurchenko half (meaning, a round-off on the springboard connected to half turn onto the vault) with two twists. She unveiled it for the first time at the USA Gymnastics 2018 World Team Selection Camp and debuted it at 2018 Worlds.

Simone is on her way to getting a third skill named after her: the triple double that she warmed up with before the 2019 GK US Classic but then competed with at the US Gymnastics Championships this year. Each skill is rated from A (easiest) to I (hardest), but national high-performance coordinator Tom Forester told the Wall Street Journal that Simome’s triple double, if competed in an international competition, would be a J skill. In fact, ” . . . our whole coaching community, and judging community, believe it’s a J,” he said.

Look at Simone, changing the rules of gymnastics! In comparison, The Biles on floor is valued at a G, according to the most recent FIG Women’s Artistic Gymnastics Code of Points. Ahead, check out the moves named after Simone as well as the ones that, if she does in an international competition, will be added to that list.