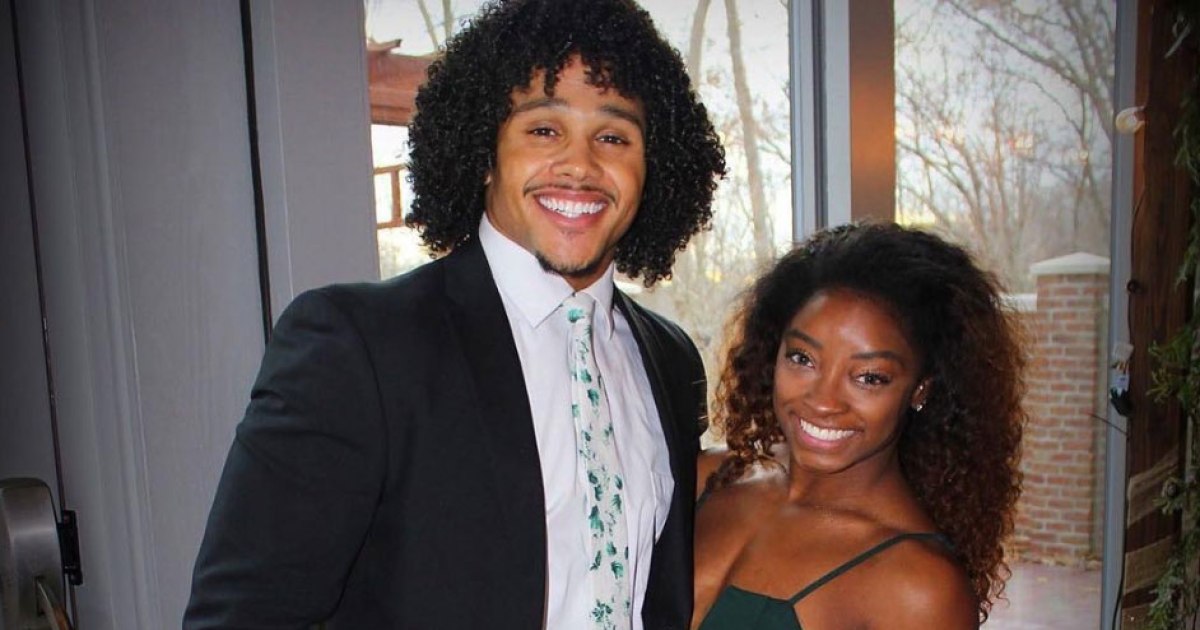 The 25-year-old former gymnast was quick to comment on Simone Biles’ Instagram after the conclusion of the gymnastics world championships in Stuttgart, Germany, on Sunday.

Alongside a photo of herself with some other gymnasts walking along the beach, Biles — who picked up her 24th and 25th medals on Sunday — wrote “And just LIKE THAT, WORLDS IS OVER. Thanks Germany for the experience of a lifetime 🖤 team USA is out.”

In the comment section, Ervin Jr. wrote, “Thank you all for representing our country with pride, honor, grace, & a winning spirit/performance!”

The four-time Olympic gold medalist, 22, broke a world championships record with her medals on Sunday. Winning gold medals for both her floor routine and the balance beam, Biles became the most-decorated gymnast at worlds, breaking the long-held record of 23, which was set by male gymnast Vitaly Scherbo back in the 1990s.

Days earlier, Biles had already become the most-decorated woman, when she won her 21st medal in the team competition, according to the New York Times.

At the time, Ervin Jr. shared photos of his girlfriend on Instagram, writing, “MY WOMAN IS A 5x WORLD CHAMPION IN THE ALL-AROUND & I COULDN’T BE MORE PROUD.”

“I get hyped every time I watch her do her thing & today was no exception. Congratulations, babe! The whole world is proud of you,” said Ervin Jr., who celebrated his 2-year anniversary with his girlfriend in August.

Ahead of her weekend victories, Biles made history once more by successfully landing the triple-double during her floor routine and then the double-double dismount on the balance beam.

The moves earned the gymnastics star huge applause from the audience, and USA Gymnastics confirmed on Twitter that the impressive feat ensures the triple-double will be named the Biles II, in honor of the athlete.

Biles already has two moves named for her, one in the floor exercise and one on a vault, according to CNN.