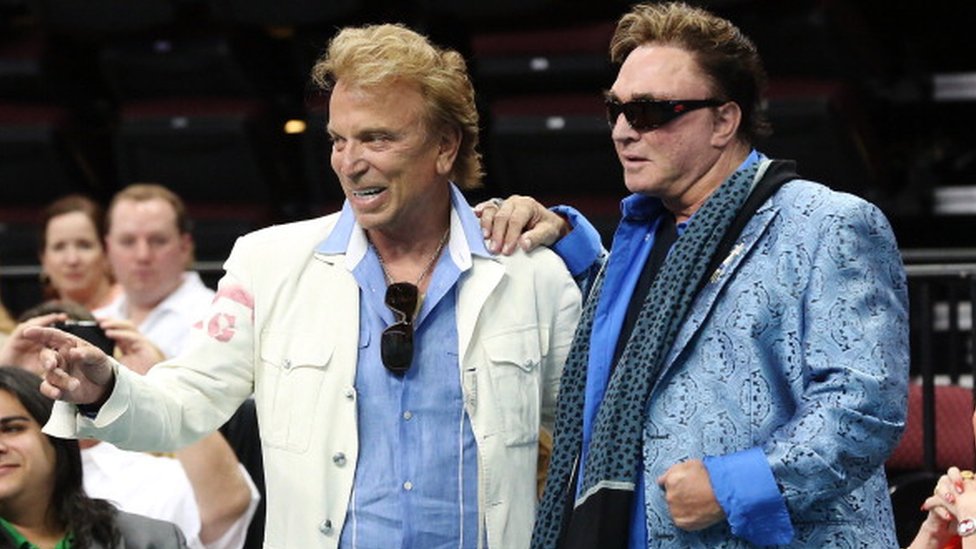 Siegfried Fischbacher, one half of German-American magic duo Siegfried and Roy, has died at the age of 81. Fischbacher died Wednesday at his home in Las Vegas after succumbing...
by Zach Freeman January 14, 2021 137 Views

Siegfried Fischbacher, one half of German-American magic duo Siegfried and Roy, has died at the age of 81.

Fischbacher died Wednesday at his home in Las Vegas after succumbing to pancreatic cancer.

Fischbacher’s sister Dolore, who lives as a nun in the Bavarian capital of Munich, confirmed the magician’s death.https://secureframe.doubleclick.net/container.html?ecs=20210114

A malignant tumor was initially removed from Fischbacher in a 12-hour operation but it was found to have already spread in his body.

Fischbacher was released from the hospital at his own request and returned to his Las Vegas home where he was cared for by two nurses before his death.

Fischbacher’s cancer diagnosis was reported just days before his death. He had reportedly been unable to see any friends or members of his family due to the ongoing COVID-19 pandemic.

“I take my brother with me in every one of my prayers and I am deeply connected to him,” his sister previously told Bild.

Fischbacher died just a few months after his long-term partner Roy Horn, of Siegfried and Roy, died at the age of 75 following COVID-19 infection.

In a statement mourning Horn’s death, Fischbacher previously said: “Today, the world has lost one of the greats of magic, but I have lost my best friend.

“Roy was a fighter his whole life including during these final days. I give my heartfelt appreciation to the team of doctors, nurses and staff at Mountain View Hospital who worked heroically against this insidious virus that ultimately took Roy’s life.”

Sigfried and Roy’s magic act, best remembered for featuring lions and tigers, was one of the most beloved in Las Vegas.https://secureframe.doubleclick.net/container.html?ecs=20210114

The pair headlined at The Mirage for 13 years, until a 2003 accident with one of the big cats left Horn partially paralyzed.

The two men first met while working on a luxury cruise line. Noting the magic show was predictable, Horn asked Fischbacher whether it was possible to replicate similar illusions such as making a dove appear or disappear with a cheetah.

When Fischbacher said it could be done, Horn unveiled a cheetah he’d smuggled onto the cruise ship. The following evening, Fischbacher marked the pair’s first performance by making the cheetah appear onstage.https://secureframe.doubleclick.net/container.html?ecs=20210114