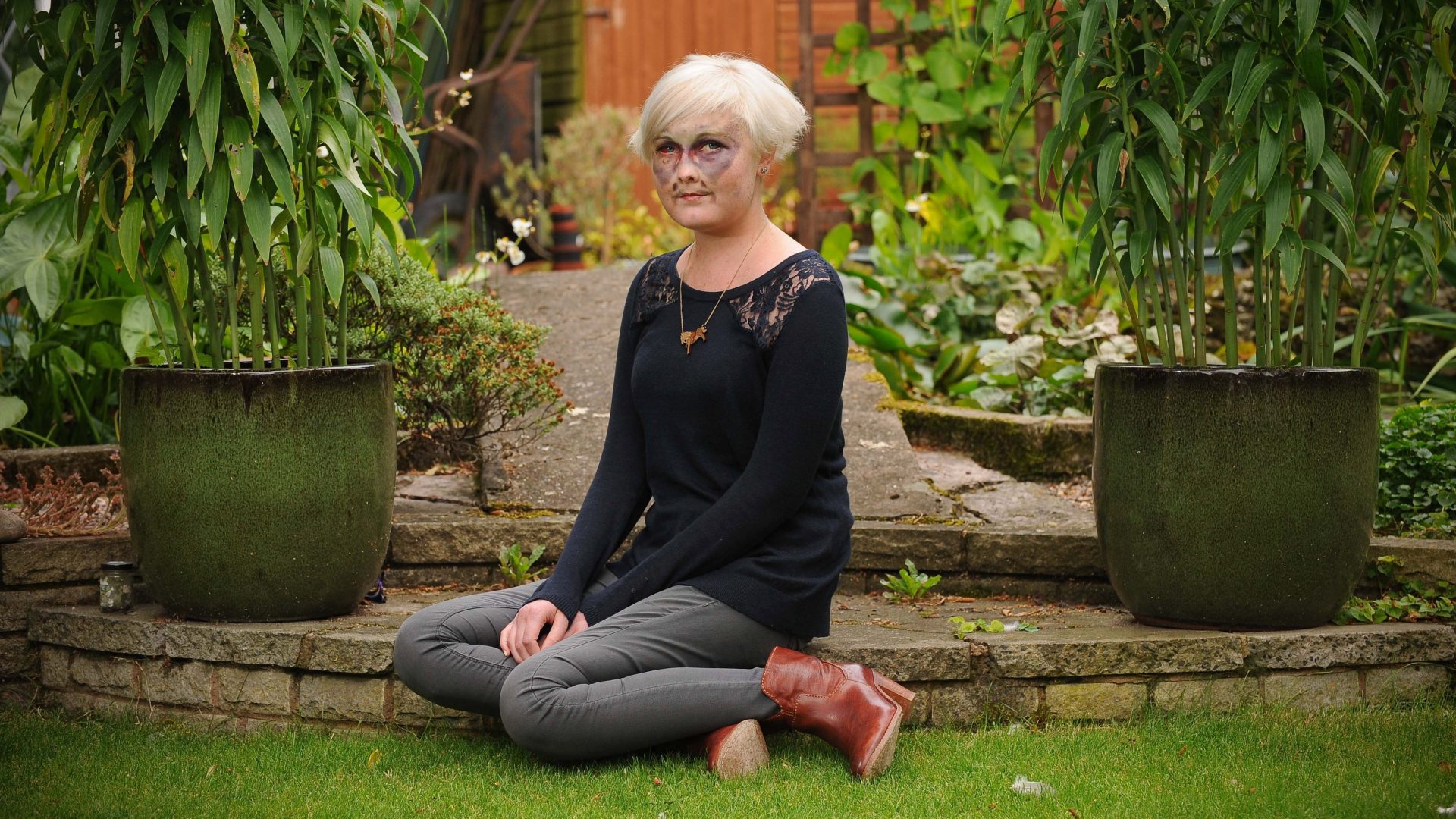 A woman who defiantly wrote “F*** cancer” on her face as she bravely fought the disease has died aged just 28. Kathryn Cartwright, from Sutton Coldfield, lived with leukaemia...
by Raquel Jayson January 21, 2020 342 Views

A woman who defiantly wrote “F*** cancer” on her face as she bravely fought the disease has died aged just 28.

Kathryn Cartwright, from Sutton Coldfield, lived with leukaemia for nearly 13 years before she died peacefully in hospital, surrounded by her family, on Saturday.

Her death was announced on her website, accompanied by a drawing of Kathryn and the words: “In one of the stars I shall be living…”

It went on: “Her positivity and sense of humour will be greatly missed, but her legacy lives on”.

Her website said her cause of death was an “insurmountable” liver infection.

Kathryn’s last tweet, on January 8, said she had been in “agony” all day and asked: “What is this bug?”

Kathryn was just 16 when she was diagnosed with leukaemia in August 2007. She was later given a 20 per cent chance of survival.

Seven years later, she posted a selfie saying “F*** cancer” after she fell out of a wheelchair, badly bruising her face.

The image went viral, offering hope and inspiration to others.

She said: “I am not going to let cancer ruin my life. I am sick of it ruining people’s lives, all the stupid side-effects. It just makes me so angry.”

She underwent a liver transplant and three bone marrow transplants and became an Anthony Nolan ambassador, urging others to become stem cell donors.

In her last newspaper interview, in November, she told the Birmingham Mail: “I would really like to make it to 30.

“All I really want to do now is get to 30 so I can hold a benefit party for myself so that I can hold a comedy gig to raise money for Anthony Nolan. I did it before in February 2018 as part of ten years since I had been in remission.

“If I don’t I would like my family to [put the gig on] anyway. I am sure [the comedians] would like to do it.”

Kathryn said she thought about death “a lot” and added: “It is sad but I am more concerned for my family. If I am dead I am gone but my family have to live with that.

“It kills me to know that is going to happen with my family. At some point everyone is going to be sad and that is probably going to go on for the rest of their life.

“I’ve never been scared, just sad because I might not be able to say goodbye to them.

“In reality living a long life is not going to happen.”

Kathryn’s website announced her death in a short update which read: “As many of you will have realised, Kathryn has been unwell and in hospital for some weeks.

“The infection in her liver returned and this time proved to be insurmountable. Kathryn died peacefully on Saturday 18 January with her family at her side.”

Her last post on the site was just before Christmas, on December 21.

Kathryn published a picture of her lounge decked out for the festive season but said she would not be updating until she could type “reliably”.

She added: “Currently I have side-effects from having one of my drugs messed about with in hospital, so I randomly shake or flail. Normal proceedings shall resume as soon as possible.”

No funeral details have yet been disclosed.

Girl, 15, with rare condition that left her looking older than she was gets a ‘new face’