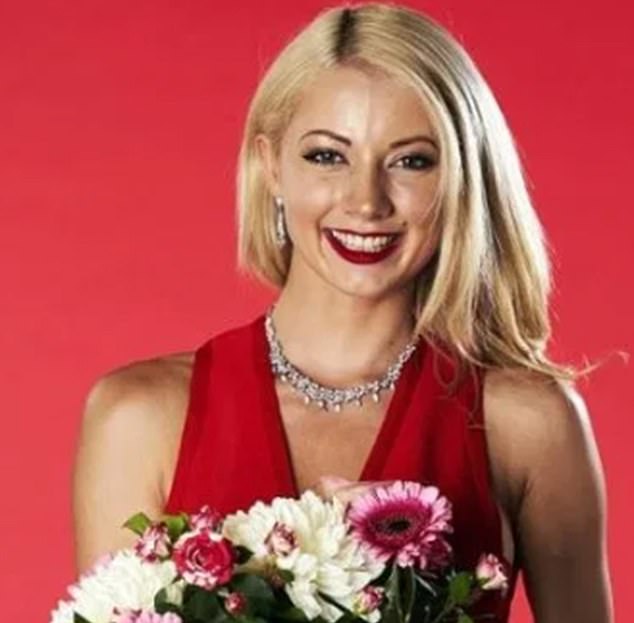 This woman who was arrested for wearing a bikini in the Maldives says the police who dragged her off the street also beat her up, groped her and left...
by Raquel Jayson February 16, 2020 457 Views

This woman who was arrested for wearing a bikini in the Maldives says the police who dragged her off the street also beat her up, groped her and left her fearing for her life.

But the traumatised 26-year-old claimed things got much worse after the 30-second clip ended – and she was slapped across the face, kicked in the stomach and later subjected to humiliating body searches.

Speaking about her arrest for the first time, she said: “I was absolutely hysterical. Fists were being waved in my face.

“I wondered if they were going to lock me up. It’s the kind of situation where, as a woman, you could imagine something much worse happening.

“I was already injured and hyperventilating when they started to grope me. I was terrified. I thought my life was at risk.

“I was humiliated and degraded.”

Bikinis are only allowed to be worn on designated beaches on many of the islands that make up the Maldives, which lie in the northern Indian Ocean, and are subject to strict Muslim Sharia law.

But Cecilia, who works as a Westminster advisor, said she was unaware of that when she went to Maafushi for a scuba-diving holiday with her friend Lucas Ramos, 31.

She said: “I loved the idea of diving in the Maldives because it looked like paradise. There were people wearing bikinis everywhere we went. I had no idea they were illegal on some parts of local islands.”

Cecilia – who once appeared on TV’s First Dates – had only just arrived with Lucas on Maafushi, on a boat from neighbouring island Adaaran, when they realised they were being followed by a group of men. At first they had no idea they were plainclothes cops.

Cecilia said: “A few men started following us and shouting at us. I didn’t know what they wanted or what they were talking about.

In the online footage, Cecilia is heard shouting, “You’re sexually assaulting me” as three men grapple with her and another tries to cover her with a towel.

But she said: “The 30-second clip was the tip of the iceberg. The alter-cation actually lasted 10 minutes before we were bundled into a car.

“If they had said, ‘Can you please cover up?’ that would have been totally fine. I have the utmost respect for Islamic customs.

“But I think they just wanted to humiliate and degrade me. They separated us and started kicking and punching Lucas. Then, they hit me across the face and kicked me in
the stomach.

“They forced me into a car and, because they had no uniforms, I thought I was being abducted. The man in the passenger seat was just laughing at me.

“This just showed me it was a misogynistic attack, and not about offending local sensibilities.”

The horrific ordeal continued when she and Lucas arrived at the police station.

She said: “Two men wanted to search me – that was the excuse.
I said, ‘I’m in a bikini, what could you possibly be looking for? Get off me.’ “They groped me for a few minutes. It was awful.

“Neither of us knew what was going on. It was panic central for both of us. I was just in survival mode. It was a waiting game to see what was happening.”

She said the cops refused to give them water as they sat for hours in sweltering 280C heat, and they were not allowed to make any phone calls or seek legal advice.

Cecilia said they spent a day in cells and were then told they could leave the police station – if they agreed to hand over their passports, which they refused to do.

She said: “Five men followed us back to our hotel. We locked ourselves in our room but they banged on our door for 20 minutes. It was really menacing.”

The next morning a new group of policemen arrived and continued to demand their documents.

Cecilia said: “They were rapping on our window and asking for my passport. They were saying it was a crime not to hand it over.

“I almost did, but I’m so glad now that I didn’t because I would have been trapped there.”

Eventually Cecilia agreed to speak to the police at the hotel – but was horrified when they showed her the footage of her arrest, which had been filmed by a bystander.

She said: “One officer said, ‘You are on the local news’. I was in complete shock. I looked on my phone and saw the clip had already reached British websites.

“The experience of the violence came rushing back immediately. I was gobsmacked it had gone so far so quickly.” Cecilia said police had also confiscated Lucas’ bag, which contained possessions and travel money worth £1,000.

She said: “We asked for it back but everything had gone.”

The next day – Cecilia’s birthday – she and Lucas fled their hotel at dawn and boarded the first ferry to Maldives capital Male. But the nightmare followed her as she realised she was now being named online.

Cecilia believes this is because police revealed her identity to local media.

She said: “I was refreshing the news on my phone and then saw my full name appear. Seeing the footage everywhere just brought the memories of the violence flooding back.

“I was broken. I couldn’t eat or sleep for four days.”

In the Maldives it was reported that Cecilia had been arrested for “indecent exposure” and had been “under the influence of alcohol”.

There was more bad news from home. Cecilia, from London, said: “I got a call from Dad, who said there were reporters at the door.

“I ended up turning my phone off. The police wanted to drag me through the press. They wanted to look as innocent as possible. In the clip you see me resisting arrest, but you don’t see I was physically assaulted.“

Cecilia, whose day-to-day work involves researching policy on women’s rights, insisted: “One thing I can say with absolute certainty is this would never happen to a man.

“Men can walk around topless without any consequences but women are objectified.”