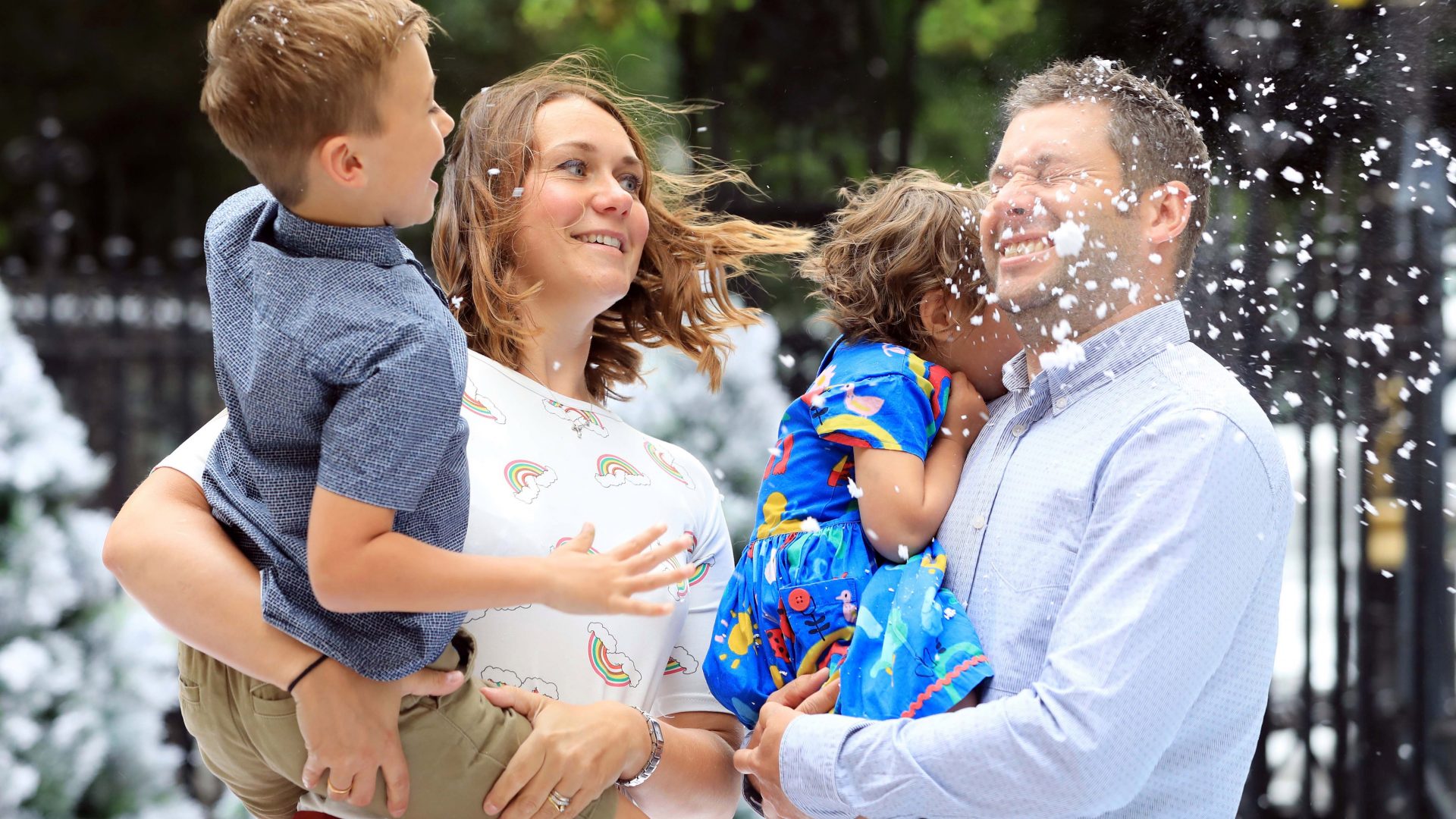 A Mother has told of her heartache after her “grumpy” toddler’s seemingly everyday symptoms turned out to be a rare aggressive cancer ravaging her body. Lynsay Hughes, 38, said...
by Raquel Jayson December 1, 2019 158 Views

A Mother has told of her heartache after her “grumpy” toddler’s seemingly everyday symptoms turned out to be a rare aggressive cancer ravaging her body.

Lynsay Hughes, 38, said she thought nothing of it when her daughter Evie wouldn’t go to the toilet and became “very whingy”.

But when the toddler went off her food and appeared to have no energy, Lynsay took her to the GP.

Evie was then referred to North Tees Hospital near the family’s home in Stockton-On-Tees.

After spending five days there in November 2015, she was discharged.

Swimming instructor Lynsay said she and husband Andrew, also 38, “knew something wasn’t right” when Evie became violently sick, so they took her back to the hospital, where they received the devastating news that Evie had stage 4 neuroblastoma.

The very rare childhood cancer affects around 100 kids a year in the UK.

Lynsay, also mum to son Oscar, now nine, told the Mirror: “I was in complete shock. I said to the doctor: ‘Are you telling me my daughter has cancer?’

“Andrew burst into tears, but I couldn’t take it in. I just held his hand feeling gutted, totally heartbroken.”

Just days before Christmas, the couple were then told that Evie had a 13cm tumour wrapped around her main artery.

The cancer had also spread to her bones and, on Christmas eve, the tot began her first round of chemotherapy.

Lynsay added: “Somehow we dragged ourselves through Christmas, trying to put on a brave face to watch Oscar open his presents.

“Evie was too poorly to care about gifts.”

Finally, in March 2017, after almost two years of gruelling treatment – and surgery to remove the tumour – the family received the news they had been longing to hear: the cancer had gone and Evie was in remission.

To mark the occasion, the hospital have an “end of treatment” bell that children can ring.

Brighton seafront on lockdown after three people mown down by car

Lynsay said: “It was a huge day for us. Evie wore a dress with rainbows on it and our whole family came to the hospital to watch her ring the bell.

“We all cried buckets.”

Lynsay added: “Evie is in Year One at school and has lots of friends. This Christmas we will be surrounded by our family at our home – and we are determined to enjoy every second.”

Their Divorce Was Final And Ex-Husband Asked Her Could They Meet For One Final Time. She Didn’t Know He Meant Death:Murder