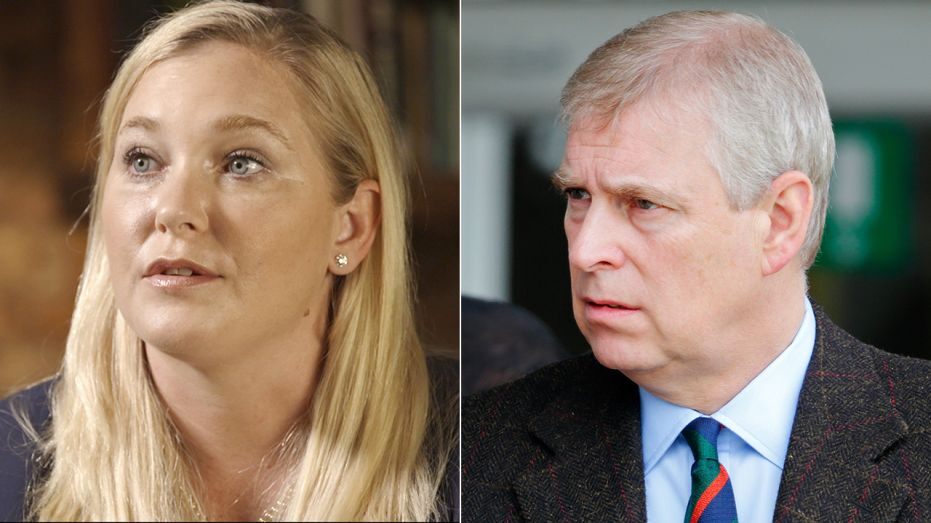 A ‘Kennedy’ panel discusses sexual misconduct allegations against Prince Andrew and former president Bill Clinton, as well as whether these high-profile men will face criminal charges. The alleged trafficking victim who...
by Zach Freeman December 3, 2019 438 Views

A ‘Kennedy’ panel discusses sexual misconduct allegations against Prince Andrew and former president Bill Clinton, as well as whether these high-profile men will face criminal charges.

The alleged trafficking victim who says she was forced to have sex with financier Jeffrey Epstein’s royal pal Prince Andrew when she was a teenager recalled during a BBC interview how she was ordered to “do for Andrew what I do for Jeffrey.”

Virginia Roberts Giuffre said she was 17 when she first met the Duke of York, Queen Elizabeth II’s second son, during a March 2001 trip to London with convicted sex offender Epstein and his alleged associate Ghislaine Maxwell.

“Ghislaine tells me that I have to do for Andrew what I do for Jeffrey and that made me sick,” she told BBC Panorama during Monday’s hour-long special, “The Prince and the Epstein Scandal.”

I just didn’t expect it from royalty- Virginia Roberts Giuffre

Giuffre said she had met Andrew in the night at Maxwell’s London home, where Epstein was also present, before the quartet went to the Tramp nightclub.

“We went into the VIP section. There was no waiting in the lines obviously, you were with a Prince. Andrew asked me what I wanted to drink and I said, ‘Something from the bar.’ He had something clear, I know mine was vodka.”

Virginia Giuffre says she was trafficked to London for sex with Prince Andrew in March 2001, when she was 17 years old.

The Prince has categorically denied this claim.

So how do their accounts differ?#BBCPanorama7075:13 PM – Dec 2, 2019Twitter Ads info and privacy612 people are talking about this

After the nightclub, Maxwell allegedly issued the orders, and Giuffre’s night with Andrew started with a bath, she said.

“Well there was a bath and it started there and then it led into the bedroom and it didn’t last very long, the whole, entire procedure. It was disgusting. He wasn’t mean or anything but he got up and said, ‘Thanks,’” she said.

A spokesperson for Royal Communications said in a statement to FOX Business the duke “unequivocally regrets” his association with Epstein.

“Epstein’s suicide left many unanswered questions, particularly for his victims. The Duke deeply sympathizes with those affected who want some form of closure,” the statement reads. “It is his hope that, in time, they will be able to rebuild their lives. The Duke is willing to help any appropriate law enforcement agency with their investigations, if required.”

The spokesperson also “emphatically denied” reports that Andrew ever had any sort of relationship with Giuffre.

“The Duke has already stated that he did not see, witness or suspect any behavior of the sort that subsequently led to Jeffrey Epstein’s arrest and conviction. He deplores the exploitation of any human being and would not condone, participate in, or encourage any such behavior.”

Andrew previously told “BBC Newsnight” in mid-November he had no recollection of meeting the then-teenager.

But during the program, BBC also revealed a 2015 email from the duke to Maxwell, in which he writes that he has questions “about Virginia Roberts.”

Maxwell later responded: “Have some info – call me when you have a moment…”

“I implore the people in the UK to stand up beside me.”

Virginia Giuffre says she was trafficked as a teenager and asks the British public to not accept this “as being OK.”

The Duke of York emphatically denies any form of sexual contact or relationship with Virginia Giuffre.2,77212:16 PM – Dec 2, 2019Twitter Ads info and privacy1,899 people are talking about this

Giuffre pleaded with people to “stand up” with her.

He knows what happened, I know what happened and there’s only one of us telling the truth and I know that’s me- Virginia Roberts Giuffre

“The people on the inside are going to keep coming up with these ridiculous excuses … I’m calling BS on this because that’s what it is,” she said, later adding: “I implore the people in the UK to stand up beside me, to help me fight this fight, to not accept this as being OK. This is not some sordid sex story. This is a story of being trafficked.”

Following his November BBC appearance, Andrew, 59, announced in a statement he would be stepping “back from public duties for the foreseeable future,” with the permission from his mother.

“It has become clear to me over the last few days that the circumstances relating to my former association with Jeffrey Epstein has become a major disruption to my family’s work and the valuable work going on in the many organisations and charities that I am proud to support,” he wrote, in part. He added: “I continue to unequivocally regret my ill-judged association with Jeffrey Epstein.”

At the end of November, reports circulated that the queen had “banned” Andrew from meeting President Trump during the commander-in-chief’s trip to the U.K. Trump is scheduled to arrive in London on Monday for a NATO summit and plans to meet with the royals at Buckingham Palace on Dec. 3. Andrew was present during Trump’s first meeting with the queen during a multiday state visit in June.

The Times of London previously reported that Andrew’s affiliation with the multimillionaire had also caused him to lose sponsors and even office space at the palace.