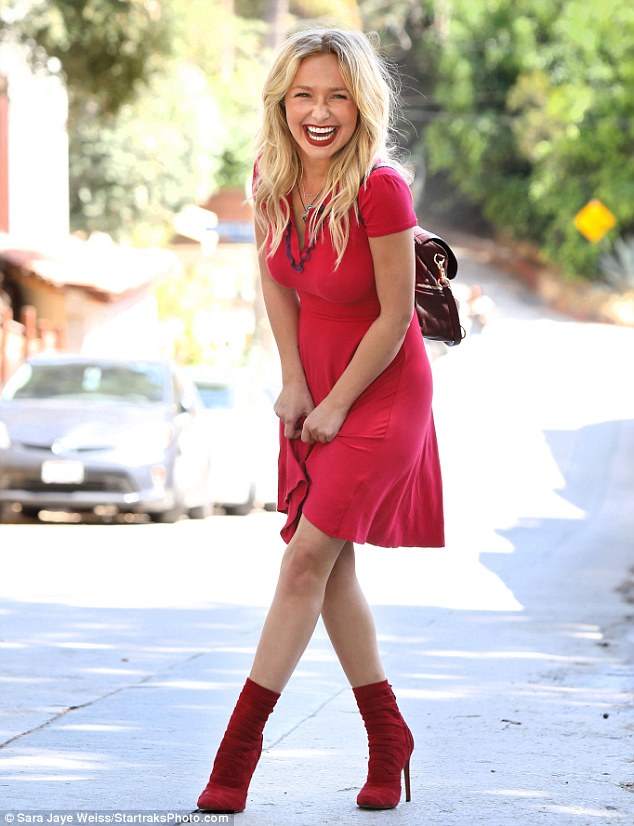 She Says All She Got For Valentine’s Day Was Punched In The Face And Beat Up: Celebrity Boyfriend Arrested

HAYDEN Panettiere’s boyfriend Brian Hickerson has been arrested again for allegedly punching her in the face on Valentine’s Day. The Tenton County Sheriff’s Office in Wyoming confirmed to The...
by Zach Freeman February 18, 2020 207 Views

HAYDEN Panettiere’s boyfriend Brian Hickerson has been arrested again for allegedly punching her in the face on Valentine’s Day.

The Tenton County Sheriff’s Office in Wyoming confirmed to The Sun that Brian was arrested on Friday, February 14 for domestic battery.

TMZ reported he was arrested around 2:30 am for domestic battery after he allegedly struck her “with a closed fist on the right side of her face” during a fight.

A 911 caller claimed an intoxicated male was locked out of a home because he punched his girlfriend in the face.

According to documents obtained by TMZ, authorities found Brian in the driveway.

He allegedly told them Hayden, 31, was in the house “saying he beat the f**k out of me.”

He allegedly avoided answering if he punched Hayden.

Brian claimed he hired a private chef to stay with them so he “wouldn’t be accused of bulls**t.”

The actress told cops she was in their bedroom when he allegedly threw her around and punched her, according to the outlet.

Authorities said her face was red and swollen. She also had a scrape and swelling on her left hand, which is believed to have come from Brian’s watch during the fight.

He was also charged with interfering with a police officer when he refused to identify himself.

The Sheriff’s Office confirmed to The Sun that he was released over the weekend on $5,000 bond.

According to Radar Online, Brian was ordered to “avoid all direct or indirect contact” with Hayden.

He was also forbidden from returning to a redacted address, except for “one time in the company of a law officer to retrieve your personal belongings.”

He was arrested for a felony domestic charge against Hayden in May 2019.

Hayden suffered injuries and bruises to her arms, ear and neck.

“He hit her on the face, causing her to get dizzy,” the prosecutor said at the protective order hearing in Los Angeles. He pled not guilty

The case was dismissed in September 2019 amid reports Hayden, who shares daughter Kaya, 5, with ex Wladimir Klitschko, did not participate in the prosecution’s case.

She was spotted with her Brian just weeks after the case was dismissed and the restraining order was dropped.

Evil mom ‘dressed daughter, 9, in Playboy outfit and watched as men raped her’