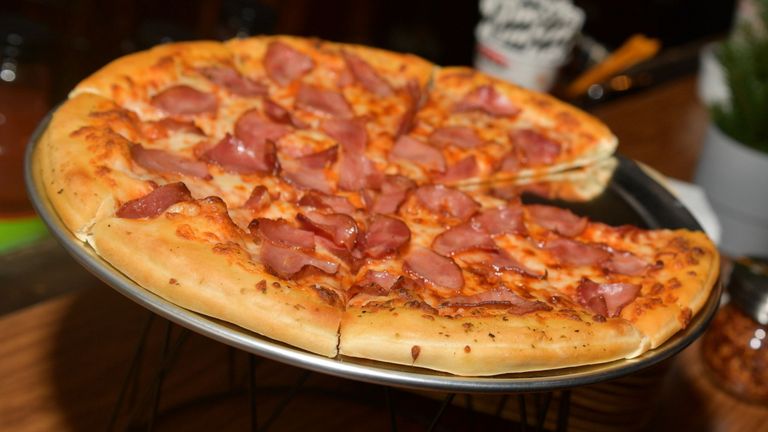 When a woman’s boyfriend came home drunk and violent, her daughter jumped into action to alert police in Ohio. She called 911 to “order a pizza.” The 56-year-old boyfriend...
by Raquel Jayson November 22, 2019 282 Views

When a woman’s boyfriend came home drunk and violent, her daughter jumped into action to alert police in Ohio.

The 56-year-old boyfriend arrived at the family’s apartment and began to argue with the mother, according to an Oregon, Ohio, police report. She told police that he screamed loudly and punched her arm, forcing her to hit the wall behind her.

That’s about the time the woman’s 38-year-old daughter called the cops.

“I would like to order a pizza,” she told the dispatcher.

“Uh, yeah,” she said before telling him the apartment number.

“This is the wrong number to call for a pizza,” the dispatcher said.

“No, no, no,” the woman said repeatedly. “You’re not understanding me.”

That’s when the dispatcher realized she wasn’t talking about pizza. He began asking questions about whether the man was still at the residence. He also asked if medical help was needed.

The woman then told the dispatcher that she couldn’t stay on the phone and he let her hang up. Within seconds, he contacted officers to respond to the apartment — but without lights and sirens as to not alert the suspect.

“The caller ordered a pizza,” he told the officer. “And agreed with everything I said that there was domestic violence going on.”

Officers arrived at the apartment, handcuffed the man and sent him to jail while taking information from witnesses, according to the police report. The boyfriend was charged with domestic violence.

Tim Teneyck, the dispatcher on the 911 call, said this is the first time it’s happened to him, according to WTVG.

“You see it on Facebook, but it’s not something that anybody has ever been trained for,” Teneyck told the Toledo TV station. “We’re just trained to listen.”