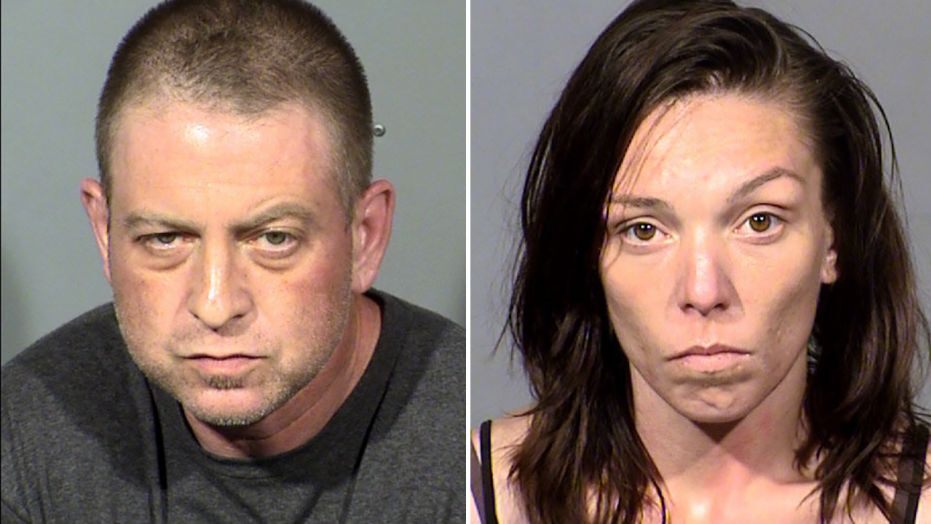 Las Vegas police say the body of a woman missing for five months has been found encased in concrete in the desert and that a suspect has been arrested.  Authorities...
by Zach Freeman October 16, 2019 180 Views

Las Vegas police say the body of a woman missing for five months has been found encased in concrete in the desert and that a suspect has been arrested.  Authorities say the unidentified woman’s remains were found in a “homemade concrete and wooden structure.”

Investigators believe the victim was held against her will in 45-year-old Christopher Prestipino’s home.  An anonymous tip led police to the suspect.  Clark County jail records show he was arrested Friday on suspicion of murder, kidnapping and conspiracy to commit murder.  Police arrested 31-year-old Lisa Mort for allegedly helping to conceal the killing.  The Clark County coroner did not specify the cause of death.  Prestipino and Mort remain jailed.

Police in Nevada have arrested two suspects after the body of a woman who had been missing for months was discovered in a “concrete and wooden structure” in the desert north of Las Vegas, investigators said Monday.

The woman’s body was located on Oct. 8, nearly four months after her family reported her missing, the Las Vegas Metropolitan Police Department said in a statement.

Detectives finally got a break in the case in mid-July, after an anonymous tip lead them to 45-year-old Christopher Prestipino, the department said.

Prestipino and Mort were arrested on Friday after a missing woman’s body was discovered in the desert, police said. (Las Vegas Metropolitan Police Department)

The subsequent investigation determined that Prestipino, a felon, had kidnapped the woman and held her inside his home, where he murdered her, police said.

Investigators said they also determined that Lisa Mort, 31, had knowledge of what happened and helped Prestipino.

The pair were arrested on Friday and held at the Clark County Detention Center, police said.

Prestipino was charged with murder, first-degree kidnapping resulting in serious bodily harm and conspiracy to commit murder. Mort faces a charge of harboring, concealing or aiding a felon.

It wasn’t immediately clear how detectives discovered the missing woman’s body. Her name and cause of death will be released by the Clark County Coroner at a later time.