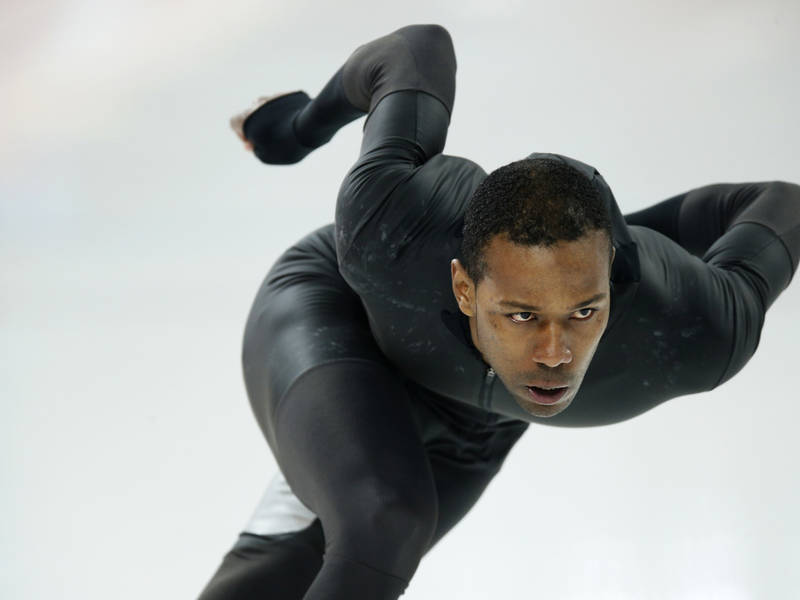 Shani Davis says ‘im over it’ at Olympic opening ceremony!

Shani Davis said he’s “over” not being selected as the flag bearer for the United States and that skipping the Opening Ceremony may benefit him in the long run. “It happened...
by Joy Smith February 12, 2018 417 Views

Shani Davis said he’s “over” not being selected as the flag bearer for the United States and that skipping the Opening Ceremony may benefit him in the long run.

“It happened for the better, I probably needed the rest anyway,” Davis told Dutch newspaper Nederlandse Omroep Stichting (via Nick Zaccardi). “But you know, once every four years, my fifth Olympics, I thought it would be really special to hold the flag. I guess the USOC and other people thought differently.”

It was Davis’ first public comment since the American speedskating star tweeted criticism of the USOC for allowing a coin flip to decide whether he or luger Erin Hamlin led the American team into the stadium. Davis attracted considerable criticism himself from teammates and fans over the comments, particularly because his inclusion of the hashtag #BlackHistoryMonth2018 seemingly implied the decision was a racial one.

Davis has since made his Twitter account private and skipped the Opening Ceremony, though his reps said that was always the plan for the five-time Olympian unless he was chosen to carry the flag.

An eight-member vote among the USOC’s winter sports commissions was split 4-4 between Davis, a four-time medalist and speedskating pioneer and Hamlin, a four-time Olympian and the first American to ever medal in luge. A coin toss was held to break the tie and Hamlin won. 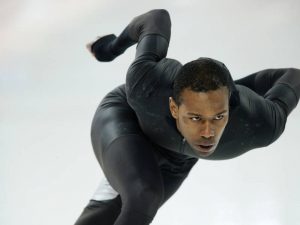 Shani Davis of the U.S. skates in the prototype of the official US Speedskating suit during a training session at the Adler Arena Skating Center at the 2014 Winter Olympics, Friday, Feb. 14, 2014, in Sochi, Russia. The team thought it had a chance to do something special, given some impressive World Cup results this season and new high-tech suits from Under Armour, which got an assist in the design from aerospace giant Lockheed Martin. Now, there’s plenty of grumbling that the suits are actually slowing the skaters down in Sochi. (AP Photo/Pavel Golovkin)

”It has been such an honor to have represented the greatest, most diverse country in the world at the last five Winter Games during the same month as #blackhistorymonth #goTeamUSA Watch ‘Origins of Black History Month,” he wrote.

Davis, 35, is scheduled to race in the 1,500-meter final on Tuesday. He owns two Olympic silver medals in the event, having placed second at 2006 Turin and 2010 Vancouver.

Davis did not medal in 2014 as the entire American team went home empty-handed and blaming the design of their suits. Davis told the Dutch newspaper that he will avoid that problem by designing his own suit for these Olympics.