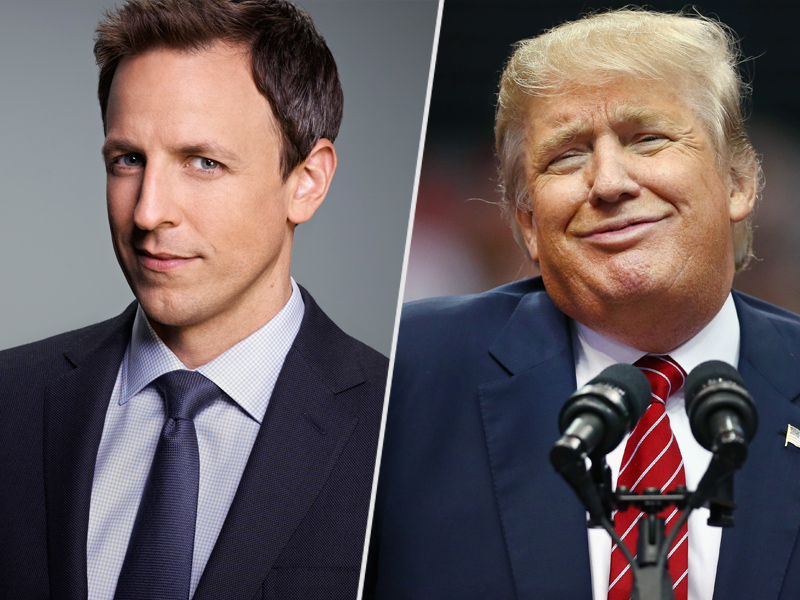 “Now, for a president who will tweet about almost anything, he’s remained curiously silent on the Stormy Daniels story,” the Late Night host told Thursday’s audience during his “Closer Look” segment. “But late this afternoon, he weighed in for the first time during a Q&A with reporters on Air Force One, where he insisted incredibly that he didn’t know about the payment his lawyer, Michael Cohen, made to Daniels.”

More: Seth Meyers on Biden and Trump’s trash talk, aka the ‘Thrilla in Vanilla’

First, Meyers poked at the video’s lack of quality lighting. “What’s with the lighting?” he asked chuckling. “You know you’re embarrassed by a story when you’ll only talk about it in the dark.”

White House Correspondents’ Dinner: Donald Trump is out; Sarah Huckabee Sanders is in