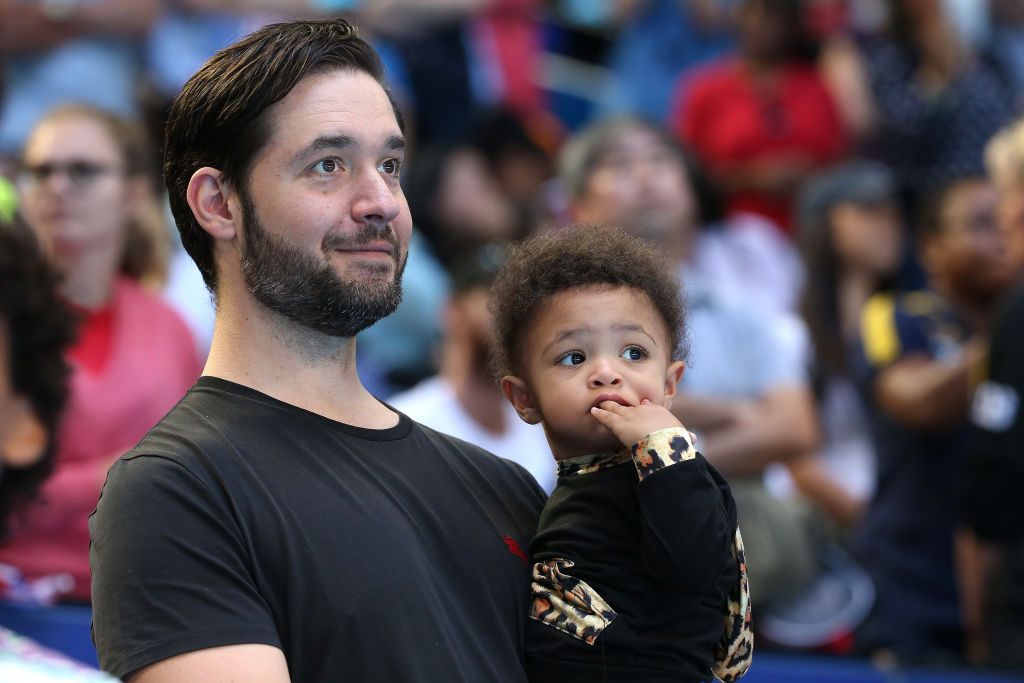 Alexis Ohanian is one dedicated daddy. The Reddit co-founder revealed Thursday on Twitter that he had “just applied to join 4 private Natural Hair facebook groups” for the sake of...
by Joy Smith May 21, 2019 549 Views

Alexis Ohanian is one dedicated daddy.

The Reddit co-founder revealed Thursday on Twitter that he had “just applied to join 4 private Natural Hair facebook groups” for the sake of his daughter with wife Serena Williams: 20-month-old Alexis Olympia.

“I told them it was to keep getting better at doing my daughter’s hair,” explained Ohanian, 36.

The father of one also joked that he was worried about getting in based on his own appearance, quipping, “I hope they don’t auto-reject my application when they see my profile photo 😂”

Many of his followers chimed in with messages of support, from fellow dads giving him major props to one who joked, “Tell ’em who your wife is and you’ll get immediate clout. 💁🏼‍♀️”

Just applied to join 4 private Natural Hair facebook groups. I hope they don’t auto-reject my application when they see my profile photo

I told them it was to keep getting better at doing my daughter’s hair.

2,908 people are talking about this

A huge advocate for fatherly involvement, Ohanian recently teamed up with Dove Men+Care to promote a grant program that will award $5,000 to expectant fathers who do not have employer-paid leave to take care of their newborn children.

“No dad should have to sacrifice taking leave, and I’ve been very public about taking mine in an effort to show other men that you can still be an ambitious businessperson while also taking time for your family,” the tech mogul said in a press release distributed in February.

“And it’s not just fathers who reap the benefits — it’s in the best interest of families, workplaces and communities to support dads in taking leave,” he added. “Working with Dove Men+Care, I will continue to try to tackle some of the societal stigmas that exist around paternity leave, and advocate for paid leave to be a right for dads everywhere.”

To be considered for the grant, new and expectant fathers should fill out the online application at dmcpaternityleave.dja.com, as well as sign the Pledge for Paternity Leave at dovemencare.com/pledge, which is required as part of the application process. Submissions will be accepted through 2020.

Ohanian accompanied his tennis-superstar wife to the 2019 Met Gala earlier this month, where he donned a black-and-white tuxedo alongside Williams. The athlete wore a custom neon-yellow strong-shouldered Versace gown with pink feathery and leaf appliqués throughout that featured a cascading train flowing behind her.

And she completely aced her red-carpet style for the big night, completing the “camp” look with sporty matching yellow sneakers from Virgil Abloh, a glitzy diamond watch, a Judith Leiber pink clutch, emerald-green rings and drop earrings by de Grisogono.

Williams and Ohanian walked hand-in-hand on the pink carpet, where the latter told PEOPLE he’s a “proud husband tonight” as he supported his wife’s chic gig.