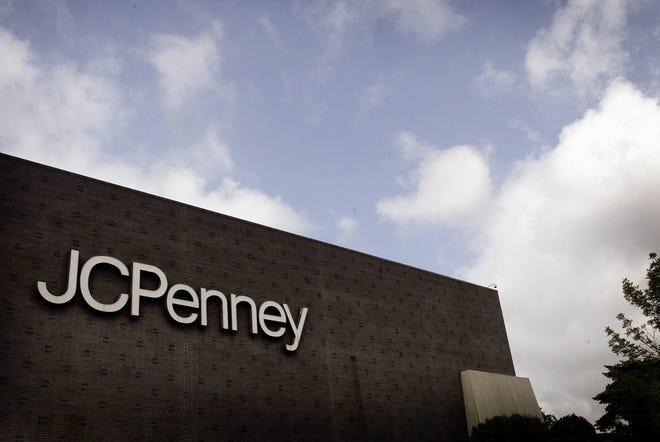 Retailers that were already struggling before the coronavirus pandemic started are beginning to crumble.

While both companies are planning to remain in business, bankruptcy poses the possibility of permanent store closings or outright liquidation as COVID-19 throttles sales.

J.C. Penney, which was facing declining sales and several years of losses heading into this crisis, is also considering filing for bankruptcy and hoping to avoid liquidation.

Of the 125 restaurant or retail companies tracked by S&P Global Ratings, about 30% now have a credit rating that indicates they have at least a 1-in-2 chance of defaulting on their debts, which is often a precursor of bankruptcy or liquidation.

“We believe the economic shutdown and lingering social distancing behaviors will trigger a broad shakeout of retail as the industry will be forced to meaningfully reduce its physical footprint and rapidly evolve to reach the post-pandemic consumer,” S&P credit analyst Sarah Wyeth wrote Monday in a research note. “In particular, if there were any doubts about the eventual demise of many American malls, the impact of the pandemic will likely dispel them.”

For every day that retailers are closed during the coronavirus crisis, the chances that they won’t survive this pandemic grow larger.

While some retailers are flourishing – namely chains with grocery sales like Walmart, Target, Kroger and Costco – others are trying to stave off doom, like Forever 21, Jo-Ann Stores and David’s Bridal. In many cases, these retailers were already in trouble as Americans shopped increasingly online.

U.S. retailers have so far announced 2,210 permanent closures this year, most of which were made public before the pandemic began, according to retail analytics firm Coresight Research.

The digital transition’s effect on retail was already painfully evident before the pandemic began. Papyrus, Modell’s Sporting Goods and Art Van Furniture had already revealed plans to liquidate all 635 of their locations this year. That follows a year in which more than 9,700 stores closed, according to Coresight Research.

“It’s a battle of who’s going to survive, who’s just going to close and who’s going to need to file for bankruptcy,” Camilla Yanushevsky, a retail stock analyst for CFRA Research, said in a recent interview. “The companies that are most at risk at the ones that were already distressed before the crisis.”

But it’s not bad for all retailers. Home improvement stores like Home Depot and Lowe’s and drugstore chains like Walgreens and CVS have experienced an increase in business. Get the The Daily Money newsletter in your inbox.

A collection of articles to help you manage your finances like a pro.Delivery: Mon – FriYour Email

Here’s a list of retailers that are trying to avoid bankruptcy or store closings, according to USA TODAY research, public data and analyst reports:

J.C. Penney is considering filing for bankruptcy protection as the retailer grapples with the fallout from the coronavirus pandemic and its own long-in-the-making struggles.

The Plano, Texas-based company is exploring the possibility, along with a range of other options, including out-of-court debt restructuring, according to a person familiar with the deliberations who was not authorized to speak publicly.

With most of its stores temporarily closed because of the coronavirus, J.C. Penney is bleeding cash while it awaits the chance to get back on its feet. The company has been challenged for years with the decline of the department store sector.

J. Crew filed for Chapter 11 bankruptcy protection on May 4, after years of struggling with too much debt.

The company, which leases all of its stores, disclosed in a court filing that it had hired a real estate consultancy and liquidator to help it evaluate its leases and negotiate rent relief. Permanent store closings are possible.

The luxury department store chain filed for Chapter 11 bankruptcy protection on May 7 after dealing with too much debt.

The company said in a statement that it’s not planning “mass store closings” on a permanent basis after reaching a restructuring deal with a majority of its creditors. But the company said it may consider future closings on a “case by case basis.”

Forever 21 filed for Chapter 11 bankruptcy in September with plans to close roughly 100 struggling stores and save the rest of the business. The company then finished a deal on Feb. 19 to sell most of its remaining assets to a group of investors led by Authentic Brands and mall owner Simon Property Group, which had previously used a similar model to rescue fashion retailer Aéropostale.

Exactly a month later, while still deciding which stores to liquidate, the buyer temporarily closed all Forever 21 locations due to the pandemic.

The pandemic disruption threatens to derail Forever 21’s comeback before it even gets underway.

“We Riot Because You Don’t Hear Us When We March” Says Some In Minneapolis!