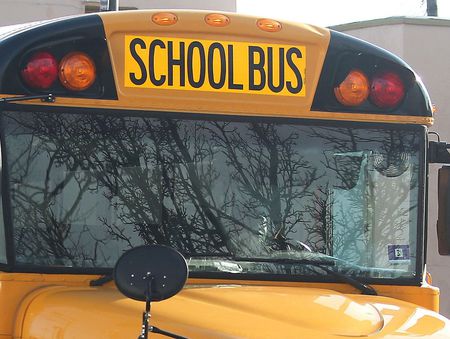 School bus drivers in Northern Michigan gathered to support one of their own through a simple gesture of goodwill this week.

He was a driver for seven years in the rural district near the tip of the Lower Peninsula where buses play a critical role in getting kids to school.

“He was a friend first,” co-worker Demi Posh told the TV station. “Always giving, thoughtful, generous, sincere. There are not enough words to describe what kind of man Dale was. Everybody went before him. Always.”

Karen Wiersum was reportedly overwhelmed by the show of support on Dec. 22. She was also given a Navy flag in honor of her husband, who was a 69-year-old veteran. He died Dec. 6.

“All of the drivers go along with him wonderfully,” Cheboygan transportation director Tammy Cage told the TV station. “He has a lot of friends and, well, family — our bus garage family.”