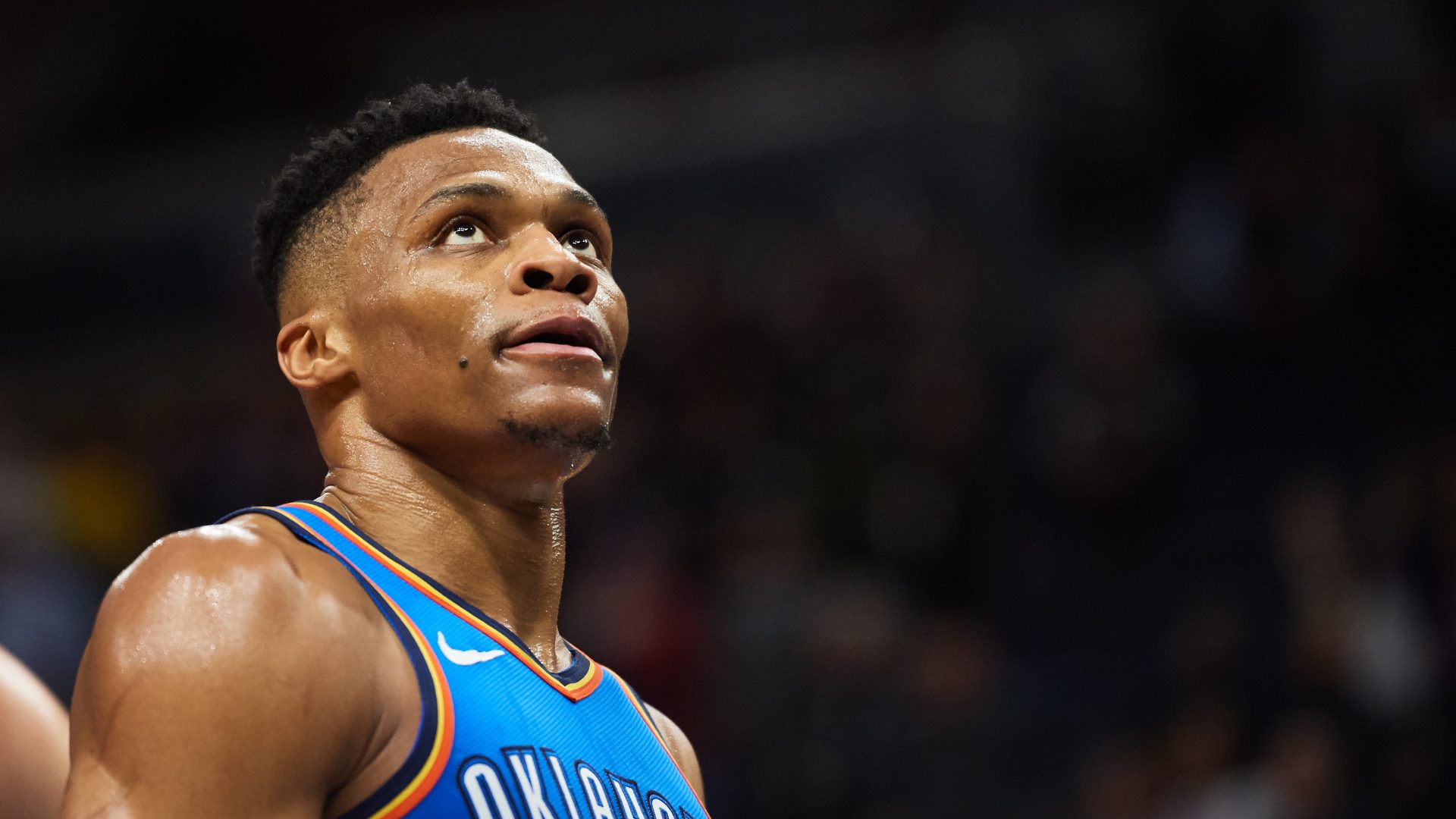 Russel Westbrook gets into a heated argument with racist fan!

Things get heated between Russell Westbrook and Utah Jazz fans again. “I’ll f*ck you up. You and your wife,” he says. Not sure what these fans said to him,...
by Joy Smith March 12, 2019 427 Views

Things get heated between Russell Westbrook and Utah Jazz fans again. “I’ll f*ck you up. You and your wife,” he says. Not sure what these fans said to him, but he also had issues with Jazz fans during the postseason. pic.twitter.com/LquwRmLVNy

Russell Westbrook wasn’t having any of it.

The Thunder star lit into a Jazz fan while sitting on the bench during Oklahoma City’s 98-89 win in Utah on Monday night. Westbrook, seen in a video posted to Twitter by Desert News digital reporter Eric Woodyard, told security guards behind the bench that he would “f–k him [the fan] up” if he continued. The fan was later identified as Shane Keisel by KSL5TV in Wyoming. 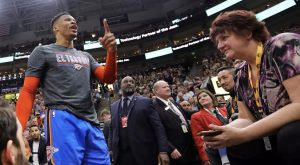 Westbrook looked back at the action on the court for a second before turning back to have another round at Keisel.

“I promise you. On everything I love…

Westbrook told reporters after the game the fan told him to “get down on my knees like you used to.” The All-Star guard said it was disrespectful, he thinks it’s racial and that there is no protection for the players.

“Every time I come here [to Utah] there are a lot of disrespectful things that are said,” Westbrook said. “For me, I’m just not going to continue to take the disrespect for my family. I just think there’s got to be something done. There’s got to be consequences for those type of people that come to the game just to do and say whatever they want to say.” 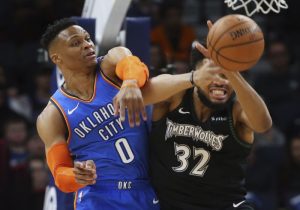 Keisel, speaking with KSL Sports, had a different take on the story than Westbrook, who he said needed to be “professional.” Keisel said he and a smiling Westbrook were having “fun” during a friendly back and forth before Keisel made comments about the wraps on Westbrook’s knees.

“She never left her seat, never said a word, hands in her lap,” he said.

Westbrook addressed the issues by saying: “As for beating up his wife, I’ve never put my hand on a woman. I never will.”

Five Jazz fans were given “warning cards” because their comments, gestures or behavior violated the NBA Fan Code of Conduct, according to Woodyard. They were allowed to return to their seats. 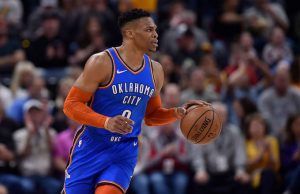 This isn’t the first time Westbrook has had an issues with fans in Utah. He became involved with a fan walking off the court during last season’s playoff series with the Jazz, slapping a man’s cellphone as he walked to the tunnel after the Thunder were eliminated in Game 6.

Teammate Patrick Patterson defended Westbrook, who had 23 points and 11 rebounds, and possibly shed some light on what the fans were saying to the All-Star guard.

“Fans can say s–t about a mans family, wife, & kids.. Tell a player “Get down on your knees like your use to,” Patterson wrote on Twitter. “As men, what do you expect us to do? Shut up & dribble? No one is held accountable for their actions except for us. Fans are protected in every way possible but not us.” 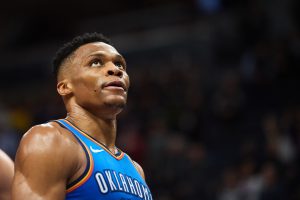 MINNEAPOLIS, MN – MARCH 05: Russell Westbrook #0 of the Oklahoma City Thunder looks on after the game against the Minnesota Timberwolves on March 5, 2019 at the Target Center in Minneapolis, Minnesota. NOTE TO USER: User expressly acknowledges and agrees that, by downloading and or using this Photograph, user is consenting to the terms and conditions of the Getty Images License Agreement. (Photo by Hannah Foslien/Getty Images)

Video: NeNe Leakes Is Not Happy At All…She Unfollowed Some Real Housewives of Atlanta Cast Plus Andy Cohen