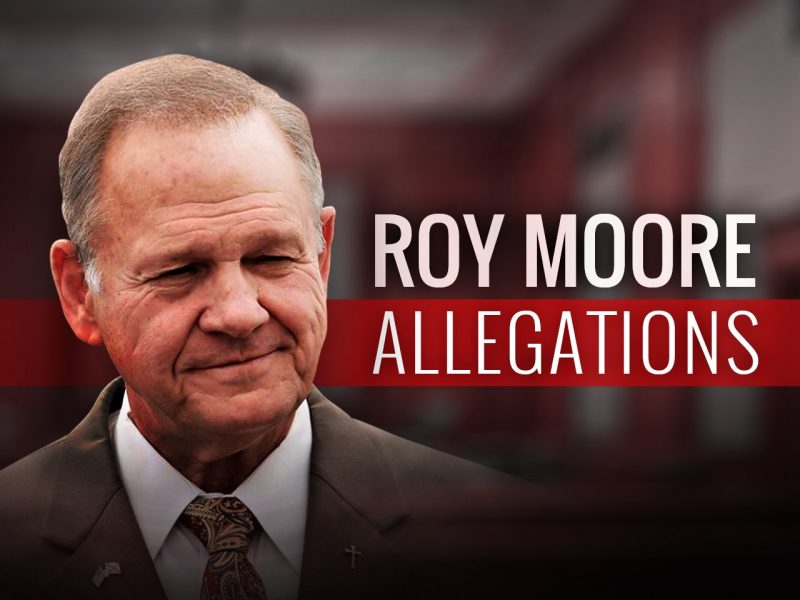 Roy Moore told a church congregation on Thursday that a conspiracy is behind a rash of sexual misconduct allegations against him Moore blamed ‘lesbian, gay, bisexual, transgenders and socialists’...
by Zach Freeman November 30, 2017 498 Views 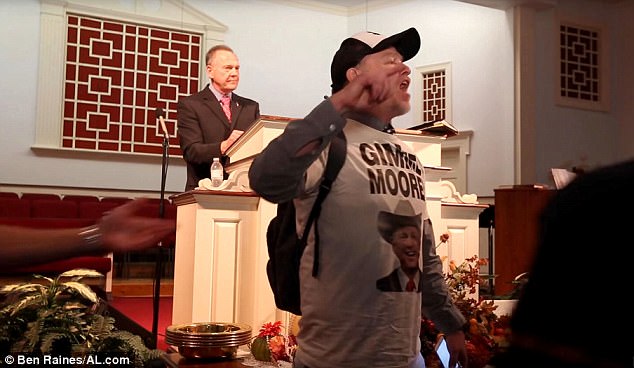 Embattled Alabama Republican Roy Moore said a conspiracy involving ‘lesbians, gays, bisexuals, and socialists’ are behind the sexual misconduct allegations that have plagued his campaign for the US Senate.

Moore, 71, made the comments while speaking to congregates at the Magnolia Springs Baptist Church in Theodore, Alabama and explicitly named the ‘malicious’ forces behind a litany of highly publicized accusations.

‘They are the liberals… the lesbian, gay, bisexual, transgenders that want to change our culture,’ Moore said.

‘They’re socialist who want to change our way of life, putting man above god,’ he continued, adding that the ‘Washington establishment’ was also to blame for the attacks against him.

The Washington elite, Moore contended, ‘simply want to keep their jobs to do the same thing, keep everything the same because they don’t want to loose their position, their power, their prestige.’

He added: ‘The attacks have not only been false and numerous, but malicious.’

Moore’s campaign has been wounded by accusations of sexual misconduct, decades ago, made by women who were then teenagers.

The most serious allegation stems from Leigh Corfman, who accuses Moore of inappropriately touching her when she was 14-years-old during the 1970s.

Moore, who vehemently denies the accusation, was 32-years-old at the time of the alleged incident.

On Tuesday, Corfman penned an open letter to Moore, demanding that he stop calling her a liar and raising doubts about the alleged sexual encounter.

‘I demand that you stop calling me a liar and attacking my character,’ Leigh Corfman wrote in the letter, which was published on AL.com Tuesday.

‘I am telling the truth, and you should have the decency to admit it and apologize.

‘But now you are attacking my honesty and integrity. Where does your immortality end?’

Corfman and three other women accused Moore of sexual harassment and assault in a Washington Post article published earlier this month.

The 53-year-old told the Post that in 1979 Moore partially undressed both of them, touched her over her underwear and put her hand on his genitals.

His recent campaign stops have aimed at both defending himself against the allegations and rallying his base ahead of the Dec. 12 election.

Newly back on the campaign trail since the uproar the accusations caused, Moore has used campaign stops to rally his evangelical base on social issues, including abortion, juxtaposing his desire to one day outlaw it altogether against Democratic rival Doug Jones support of abortion rights.

Moore’s speech was also interrupted twice on Thursday after a bizarre back-and-forth ensued between a Moore detractor and another man who turned out to be a comedian for a late night talk show, according to AL.com.

Tony Barbieri, who is known for his appearances as the character Jake Byrd on Jimmy Kimmel Live!, posed as a Moore supporter questioning the media criticism against the former Alabama Supreme Court Justice while describing him as a ‘man’s man.’

‘Does that look like the face of a molester?’ Barbieri added. He too was escorted out of the building by law enforcement.

Jerry Springer has decided not to run for Governor

Video: Makeup Guru claps back to FBLive Comment ‘ Why is she trying to be black”!