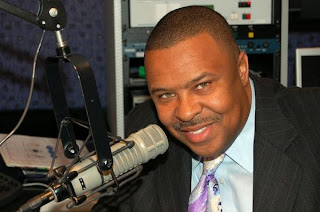 In September of 2021, on his 58th birthday, the radio legend shocked his long-time listeners with this personal announcement.

“Over the Summer I was diagnosed with pancreatic Cancer, which means part of my body has Cancer, but the Cancer does not have me,” Alexander said.

His professional life came to a halt following his cancer diagnosis which was discovered during a scheduled gallbladder surgery.

“The doctors found a mass on my liver. They did a biopsy and that mass turned out to be cancerous and turned out to it originated from the pancreas,” Alexander said.

“I had a person call me this morning. They said I’m sad, I’m sad, I’m about to cry. I’m like don’t cry for me because I’ve had my fun. I’ve had a great time. I look at this whole thing as a blessing to keep my life in perspective.”

His 41-year long broadcasting career included multiple radio station appearances on V-103, KISS 104.1 and Majic 107.5. In 2018, he was inducted into the Georgia Radio Hall of Fame.

On Wednesday, his family took to Facebook to share news of his passage saying they “feel at peace knowing he can rest now.”

Funeral plans have not been announced at this time.