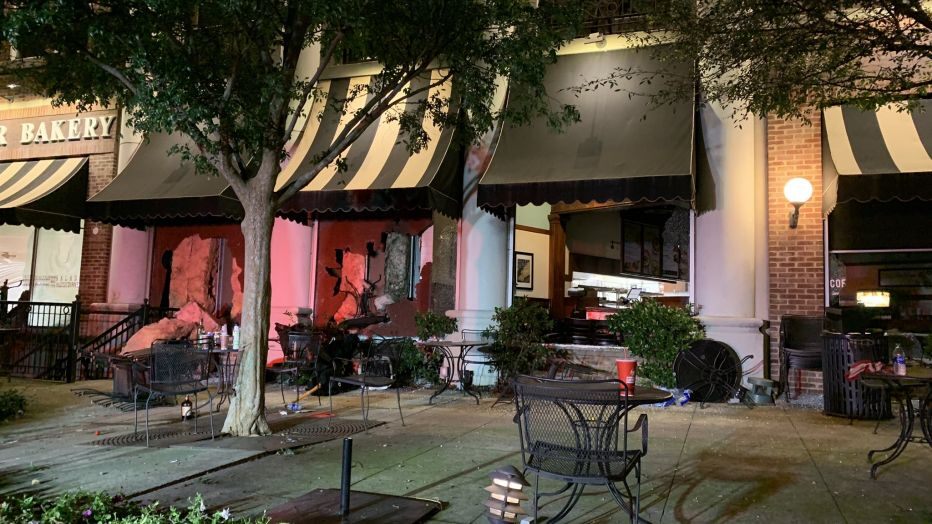 The city of Atlanta is beginning the process of cleaning up after a peaceful protest turned violent downtown Friday night, The city was placed under a state of emergency...
by Zach Freeman May 30, 2020 280 Views

The city of Atlanta is beginning the process of cleaning up after a peaceful protest turned violent downtown Friday night,

The city was placed under a state of emergency after Gov. Kemp authorized the Georgia National Guard to help keep the peace as violence flared following the death in Minnesota of George Floyd after a white officer pressed a knee into his neck while taking him into custody.

Members of the Guard were seen Saturday morning posted in front of the National College Football Hall of Fame in downtown Atlanta. The museum had been a target of looters, who smashed its gift shop’s windows and made off with merchandise.

Kimberly Beaudin, CEO of the College Football Hall of Fame, said in a statement that she was “heartbroken” to see the damage, but that the Hall would work to get back up and running.

“In the coming days and weeks, we’ll work to pick up the pieces, to build back the sacred walls that housed memories and honored those who played the game many of whom fought these same injustices throughout their storied careers,” Beaudin said.

Nearby, demonstrators smashed police cars, destroyed the revolving door of the Omni Hotel, and spray-painted the iconic logo sign at CNN headquarters.

Several miles north in Buckhead, the sound of an alarm at the Del Frisco’s Grille on Peachtree Road was still sounding hours after protestors set fire to the restaurant and blocked fire crews from the area.

The looters also targeted a nearby Kroger on Piedmont Avenue, nearly clearing out the grocery store.

Speaking to FOX 5, former Mayor and president of the Buckhead Coalition Sam Massell said the violence was “not the Atlanta way.

“It’s very embarrassing,” he said. “It’s saddening. The worst part is that for those of us who have worked so diligently over the years and bringing about reform step by step is that this is taking it back two steps.” 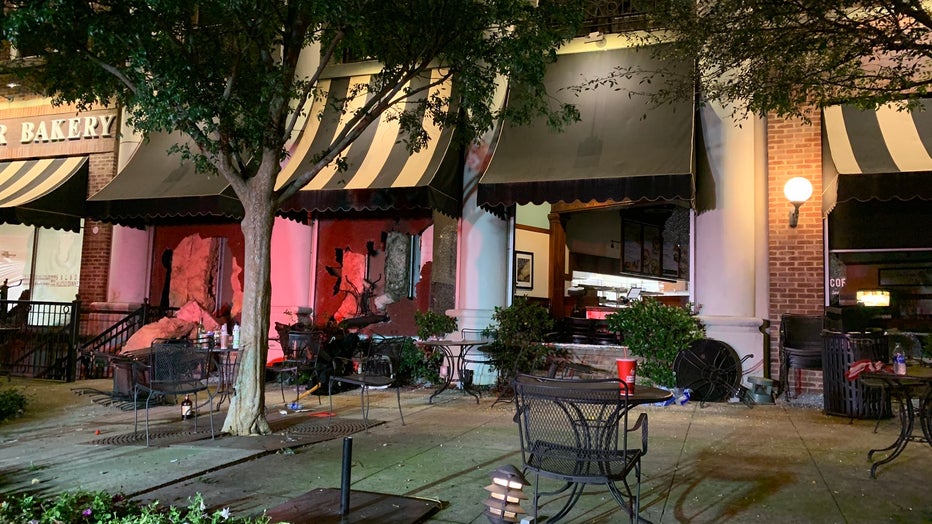 A bakery in Buckhead has its windows shattered and tables thrown around by demonstrators.

Atlanta police told FOX 5 that at least three officers were hurt and there were multiple arrests. According to Atlanta police spokesman Carlos Campos, protesters shot at officers with BB guns and threw bricks, bottles, and knives.

The damage came after a desperately appeal for calm by Mayor Keisha Lance Bottoms, who spoke on Friday alongside the Rev. Dr. Martin Luther King Jr.’s daughter Bernice King and rappers T.I. and Killer Mike.

“This is not in the spirit of Martin Luther King, Jr.,” Bottoms said. “You are disgracing the life of George Floyd and every other person who has been killed in this country.”