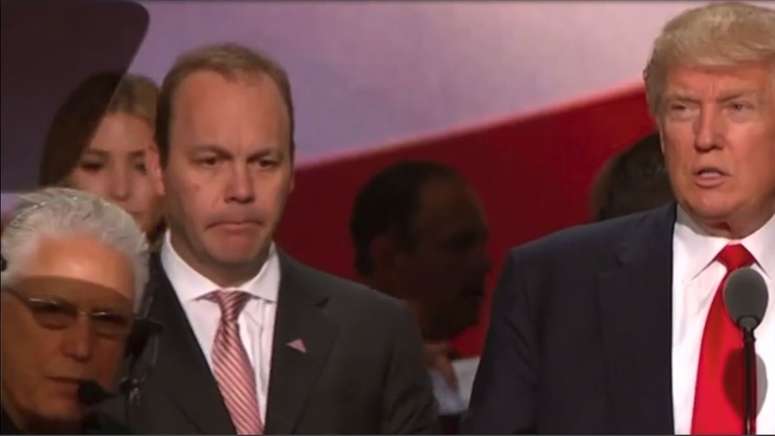 Rick Gates, one of the most significant former Trump campaign advisers who flipped on President Donald Trump in the Mueller investigation, was sentenced to 45 days in jail and...
by Raquel Jayson December 17, 2019 282 Views

Rick Gates, one of the most significant former Trump campaign advisers who flipped on President Donald Trump in the Mueller investigation, was sentenced to 45 days in jail and three years probation by a federal judge Tuesday morning.

He agreed to plead guilty to related charges of conspiracy and lying to investigators in February 2018. He also signed up to cooperate, giving Mueller’s team key insights into Manafort and Trump’s actions in 2016 during the height of the Russia investigations.

Ultimately, Mueller relied on many details from Gates in his final report, and Gates testified at trials against Manafort, Roger Stone and another former associate on Ukraine matters, Greg Craig.

Manafort and Stone were convicted, while Craig was acquitted by a jury.

At Stone’s trial, Gates testified that he overheard a phone call between then-candidate Trump and Stone, who was pursuing details from WikiLeaks about hacked Democratic emails the organization was releasing that could help Trump. Trump told him he expected more information to come. The public revelation, kept confidential in the Mueller report until last month, has prompted House Democrats who are pursuing impeaching the President to question whether Trump lied in written answers to the special counsel. The President had written that he didn’t recall discussing WikiLeaks with Stone during the campaign.

Prosecutors and Gates both have told the judge the former campaign No. 2 deserves to avoid a prison sentence, largely because of pressure on him not to speak to investigators about the President and because of the amount of time he spent helping investigations — more than 500 hours.

Prosecutors say he’ll pledge to continue helping them if needed. Gates has asked for a sentence of probation and community service, so he may continue supporting his wife and four children at home in Richmond, Virginia.

Manafort, his longtime boss alongside whom Gates was indicted in late October 2017, is serving seven years in prison after he was convicted of financial and other crimes.