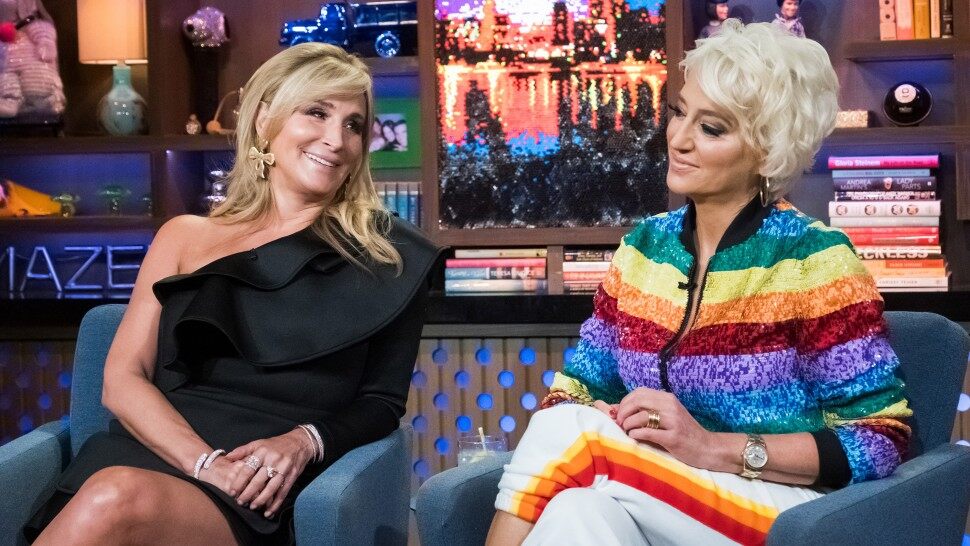 Charles Sykes/Bravo/NBCU Photo Bank via Getty Images Sonja Morgan and Dorinda Medley have apologized after getting slammed on social media for their comments about transgender models at New York...
by Raquel Jayson September 11, 2019 236 Views

Sonja Morgan and Dorinda Medley have apologized after getting slammed on social media for their comments about transgender models at New York Fashion Week.

Morgan and Medley attended the Garo Sparo Atelier Runway Show on Tuesday to support their Real Housewives of New York City castmate, Tinsley Mortimer, who walked the runway, and in videos that Morgan posted on her Instagram Stories, she and Medley make comments about transgender models as they walk the runway.

“Who is that? Oh, that’s a guy, right?” Morgan said as drag queen Miz Cracker walked past.

Later, as model Yasmine Petty walked the runway, Medley said, “Well, with a body like that, it’s a guy. That’s a guy.”

“Yeah, with a body like that, it’s a guy, you’re absolutely right,” Morgan replied.

On Wednesday, 55-year-old Morgan and 54-year-old Medley apologized in a statement to ET.

“We have a history as long-standing supporters of the LGBTQ community in many ways and apologize for our offensive comments at the fashion show,” the statement reads.

Petty expressed her disappointment at the comments after the show in an interview with Page Six Style.

“I knew they were filming the Housewives of New York and I knew they were front row and literally, as I was walking down the runway, I heard them making these statements,” Petty said.  “It’s pretty disheartening and disappointing, especially this day in age and being in New York City.”

Meanwhile, RHONY fans were shocked last month when Bethenny Frankel suddenly exited the show. Two sources claim that the cast members were not given a heads-up that Frankel was leaving the show and found out about it in the press. Watch the video below for more:

‘Bachelor in Paradise’: The Franchise Sees Its Most Brutal Rejection Yet