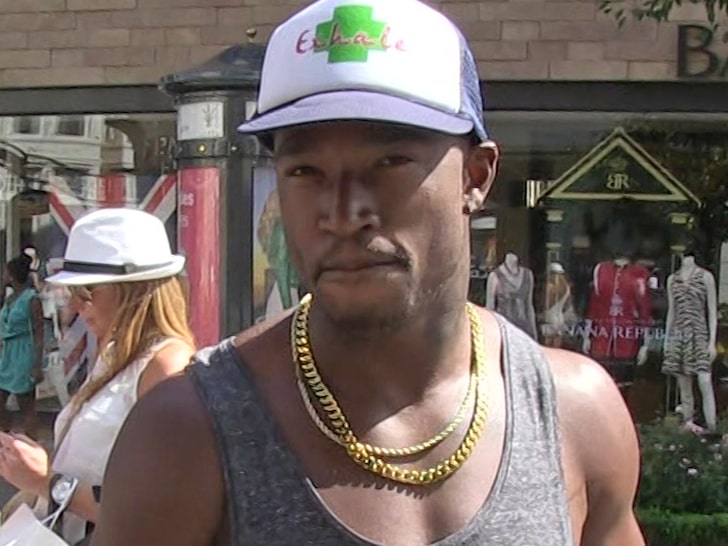 “The Real Housewives of Atlanta” star Eva Marcille‘s baby daddy has officially been slapped with charges for his courthouse scuffle with cops … including a felony. A Georgia grand jury...
by Raquel Jayson December 3, 2019 177 Views

“The Real Housewives of Atlanta” star Eva Marcille‘s baby daddy has officially been slapped with charges for his courthouse scuffle with cops … including a felony.

A Georgia grand jury has indicted Kevin McCall Jr. on 3 counts for his role in the escalator altercation last month with a sergeant, which stemmed from Kevin refusing to stop recording on his phone in the courthouse.

According to the legal docs … the charges include obstruction of a law enforcement officer by use of threats or violence, terroristic threats and criminal damage to property in the second degree. The latter is the felony count.

The indictment alleges McCall wrestled with the officer and attempted to strike him, resisted arrest and made threats of aggravated assault. As for the felony criminal damage to property … McCall’s accused of intentionally damaging the sergeant’s eyeglasses.

As we reported … Kevin revealed surveillance footage of the escalator tussle, which shows the cop chasing him down in an effort to detain him before making a tackle. Another officer then steps in to assist.

McCall believes the video supports his claim that he’s the victim in the ordeal. He also told us he plans to sue the cops because he thinks he was targeted due to his black skin … and he also claims he got injured.

We broke the story … McCall was originally in court to fight Marcille for child custody but started beefing with the courthouse cop because he refused to stop recording on his phone. Kevin was live streaming the inciting incident … and is seen on the vid repeatedly calling a cop a bitch and challenging him to take off his badge and fight.

Unfortunately for him … it did lead to a physical altercation, and now he’s looking at hard time if he’s convicted on the charges.

This Philly Mother Bought A Dog Leash, Hanged Her 2 Kids Then Had Sex With Her Dog