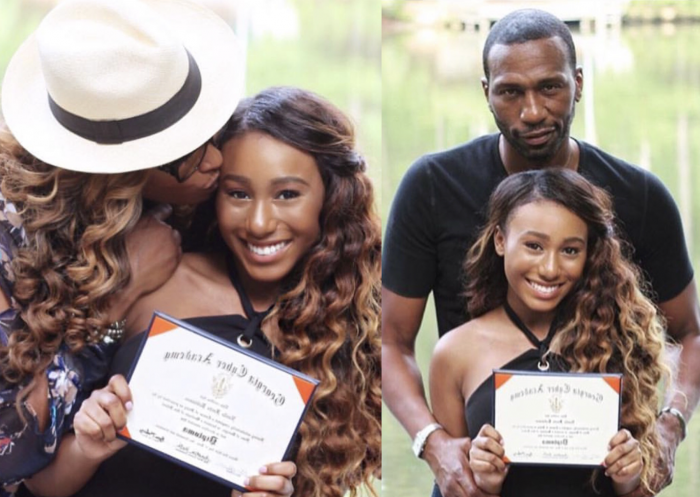 Noelle Robinson is opening up about her sexuality.

The 20-year-old daughter of supermodel Cynthia Bailey and actor Leon Robinson came out as sexually fluid on Sunday’s episode of The Real Housewives of Atlanta, in an emotional conversation with her mother.

According to Noelle, she began exploring her sexuality during her freshman year at Howard University.

“It really just came out of nowhere,” she said. “I wasn’t really expecting that to happen.”

Dating men and women threw Bailey for a loop — not because she had a problem with Noelle’s fluidity, but because she didn’t expect her daughter to be dating at all.

“Since Noelle has been in college, she told me that she thought she was fluid. I just didn’t know that she was out there being fluid … flowing,” Bailey told audiences.

“We all love and support Noelle. It’s just new for us,” Bailey added. “We’re just trying to get used to it.”

Making sure Noelle felt supported was important to Bailey, especially as her daughter admitted to not fully understanding what her feelings all meant.

“It makes me excited that Noelle has a safe space to share,” Bailey confessed to viewers. “Love is love.”

That didn’t mean that Bailey, like any mother, didn’t have questions.

“Who do you like now? Who are you kicking it with now? Is it a male or a female and when am I going to meet them?” she pestered her only child.

“I don’t have anyone I’m officially dating at this point,” Noelle said. “I just got back from college. I’m just trying to get settled in.”