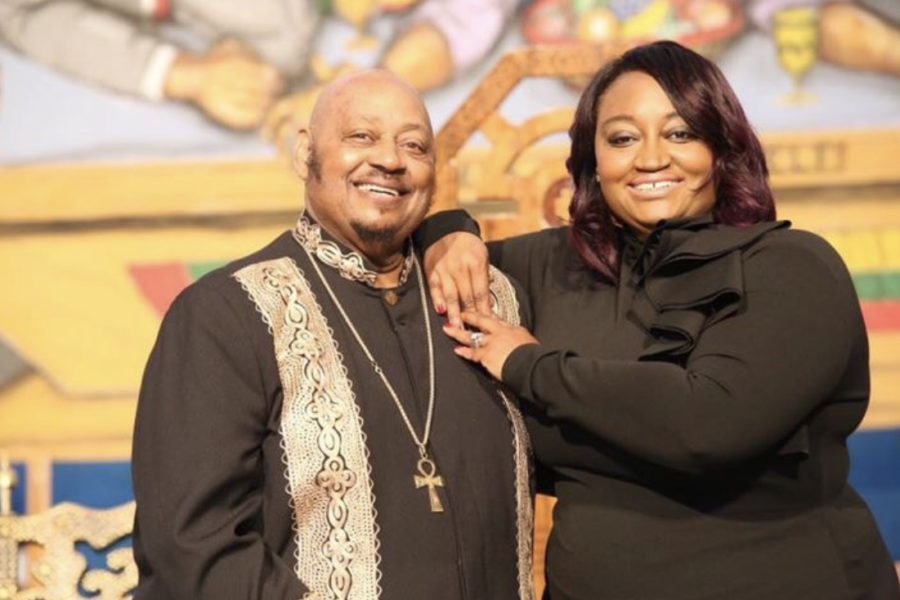 Rev. Dr. Willie F. Wilson to retire and his daughter Rev. Dr. Anika Wilson Brown will take over as senior pastor of the historic Union Temple Baptist Church in 2020! 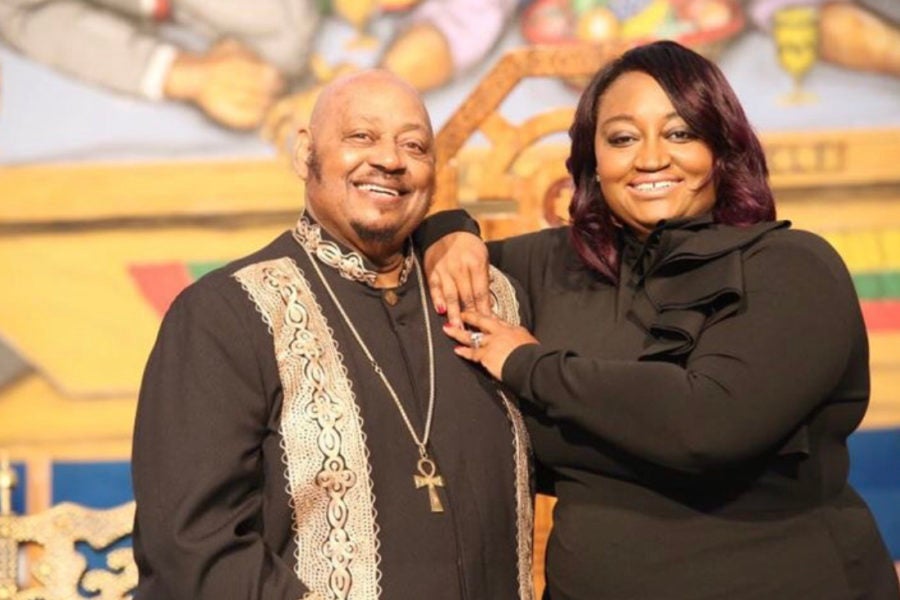 This fall, the Rev. Dr. Willie F. Wilson, 74, current pastor of the historic Union Temple Baptist Church in Washington, D.C., will retire after 46 years of pastoral leadership. Wilson’s daughter, the Rev. Dr. Anika Wilson Brown, 44, will take over as senior pastor in 2020.

“These are big shoes to fill,” Brown tells ESSENCE. “The work he has done cannot be duplicated.”

Wilson became pastor of the church in 1973, after inheriting the congregation from the Rev. Chester R. Smallwood, the father of award-winning gospel artist Richard Smallwood.

A graduate of Howard Divinity School, Wilson found inspiration from his mentors Dr. Howard Thurman, author of Jesus and the Disinherited, and Dr. Leon Wright, author of From Cult to Cosmos: Can Jesus Really Be Saved?. Wilson developed an “Africentric, African-sensitive Black church” in the heart of D.C., a city that had been transformed by the scores of migrants from the deep south in the preceding decades. In the early 1970s, Union Temple had a small following of only 30 congregants; now the church stands with a membership roll of nearly 8,000.

During a recent mortgage burning service just a few months ago, the church celebrated paying off its mortgage in an effort to remain in a community that has been ravished by corporate greed and gentrification.

An activist and liberation theologian, Wilson was a part of the Black Consciousness Movement and took part in the student protests at Howard University for the Fine Arts department in the 1960s, along with Richard Smallwood, Roberta Flack, Donny Hathaway, and others who were not allowed to sing gospel music on campus. Wilson also preached his first sermon on Georgia Avenue near campus in support of the gospel choir, and his preaching drew people from all walks of life who would later join Union Temple.

By the mid-1970s, the beloved spiritual leader forged a friendship with Minister Louis Farrakhan of the Nation of Islam. Farrakhan, a devout Muslim, preached at Union Temple in 1977, and has done so every year since, often coming to Union for prayer before embarking on international travel. In 1995, the two joined several faith leaders and organized the Million Man March on the National Mall.

Indeed, Wilson’s list of accomplishments is extensive. He has worked faithfully for many years to shed light on the African influence on American Christianity, while amplifying the teachings of an African descended Jesus, who stands on the side of the oppressed. His most recent book, Birth of the Bible, is a commentary on “African spiritual traditions borrowed, stolen, misappropriated and modified to produce the book that we know today as the Bible.”

Still, while Rev. Dr. Anika Wilson Brown respects and honors what her father has done, she has some ideas of her own. 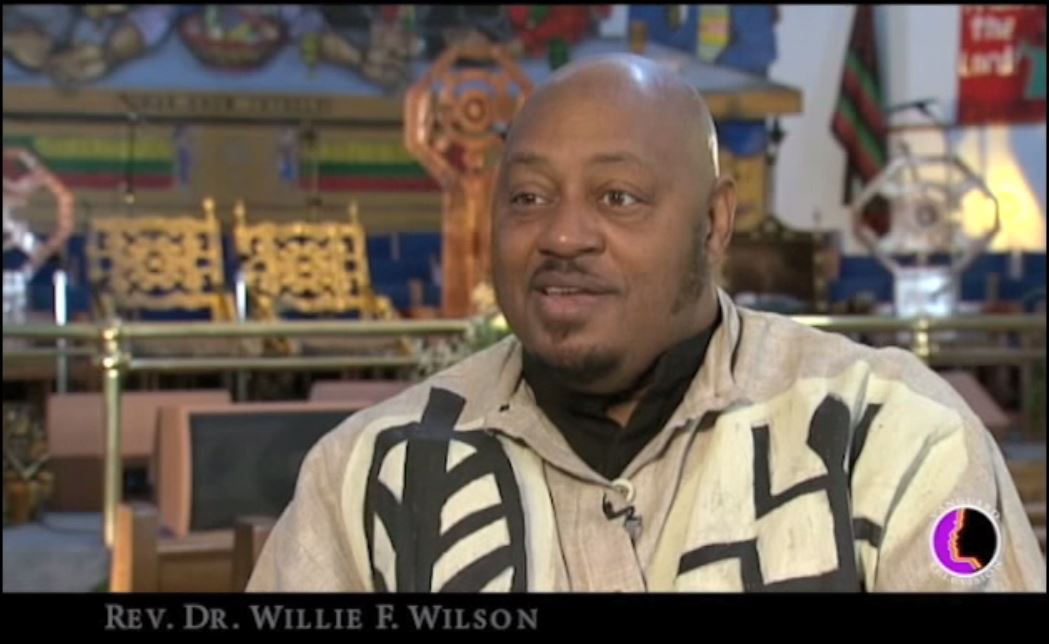 Acutely aware of her father’s role in the Black liberation struggle, Brown affirmed, “I get to stand on his shoulders. I get to continue his legacy but in a different way, in my own way. I’m not trying to fill his shoes. I wear stilettos.”

After graduating from Spelman College in Atlanta, Georgia, with a Bachelor of Arts in Psychology, her passion for people grew stronger. She planned to open a counseling practice of her own, but soon felt the call to the preaching ministry. It quickly became clear that she needed to find a way to blend her love of God and the church with her passion for mental health and wellness.

Brown, who holds a Ph.D. in Counseling Education and Supervision from Loyola University Maryland, now sees herself blueprinting a theology for mental and spiritual health. “For far too long we have been told in the church…If you’re depressed, there is something wrong with your faith or worse, someone trying to cast out [a mental health disorder]. But the reality is…you can’t lay hands on people and cast out the spirit of suicide. Ignoring the whole person while attending exclusively to the spirit is spiritual malpractice.”

As a pastoral counselor and mental health professional, Brown has observed the ways this transitional period at Union Temple has not only affected the congregation, but also her father and her mother, the Rev. Mary Wilson, 68. Brown sees her parents, who have committed their lives to the church, asking themselves, “Who am I if I’m not a pastor?”

While her parents have not asked this aloud, Brown is uniquely cognizant of how change often brings seasons of internal crisis for all involved. Yet, she also thinks that this is an exciting moment, such that the questions that she and her parents are each wrestling with are questions that will forever transform Union Temple for the better.

“Ignoring the whole person while attending exclusively to the spirit is spiritual malpractice.”

“This is a powerful opportunity to create something different,” she tells ESSENCE.

Brown’s commitment to social justice includes all marginalized populations and she vows to move Union Temple further towards being an explicitly open and affirming congregation for all, including sexual minorities, who wish to join and participate in the life of the church.

Identifying as a “spiritual being having a human experience,” Brown believes the depth of ministry is expansive and “teaches individuals how to tap in to the God within themselves instead of relying on religious rules and external doctrine.” Her spiritual practices incorporate the shout and dance, yoga, chakra balancing, and other ancient rituals of her ancestors. She believes that “God cannot be confined to a limited religious experience but is prevalent in all dynamics of life and culture.”

A wife, mother of three, and entrepreneur, Brown takes a wholistic approach to her work in the church, and integrates everyday life, ministry responsibilities, and personal self-care. For example, she recently curated and leads a 30-day Soul Detox online challenge process, that gained over 7,000 participants in just one month.

Wilson’s retirement and Brown’s promotion are noteworthy moments in the history of Union Temple Baptist Church. Because, as Brown herself notes, her father’s legacy has made it so that she can do this work.

“My father was dismissed from the Baptist Minister’s Conference of DC & Vicinity in 1978 for ordaining women and he has always supported women’s leadership in the church,” Brown said. “That moment of resistance, his lifetime of resistance, directly informs the moment we’re in right now.

“So, it’s time,” Brown says, determination clear in her voice. “It’s time for me to not only carry the torch my father has handed me, but to use it to light the way to new possibilities of healing within ourselves, our communities, and the church.”

Police is searching for the brother of 13yr old shot dead in her home! He’s been on the run since that night!

Pastor arrested after trying to enter ‘drag queen story hour’ at the library!