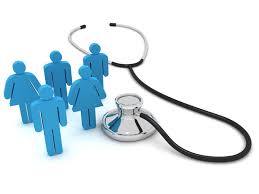 A popular program that provides health insurance for 8.9 million low-income children would get five more years of funding under legislation Republicans plan to push through a House committee...
by Katricia Brown October 3, 2017 496 Views

A popular program that provides health insurance for 8.9 million low-income children would get five more years of funding under legislation Republicans plan to push through a House committee this week. The measure comes days after federal funding for the program expired. 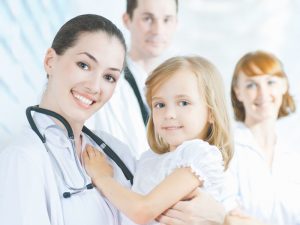 Though no states are expected to immediately run out of money, some are preparing initial steps to wind down their programs amid uncertainty over what Congress will do. Some states have laws that require them to reduce coverage if federal money starts to decrease, and officials say they need time to notify recipients of possible coverage changes and reshape their programs.

Federal financing for the Children’s Health Insurance Program expired over the weekend, when the government’s 2017 fiscal year ended. Both parties favor continuing the federal-state program, but Democrats were opposing cuts in other health spending that Republicans have proposed to help pay for the extension.

The House Energy and Commerce Committee plans to vote on the bill Wednesday. A similar Senate version of the measure lacks savings proposals, and that chamber’s Finance Committee is expected to approve its measure that same day with bipartisan support.

The House measure includes an additional $1 billion for Puerto Rico’s Medicaid program. The U.S. territory has been facing a shortfall in the program even before it was devastated by Hurricane Maria.

Children’s advocates and state officials have been pressing Congress to quickly renew funding for the children’s health program. With few lawmakers eager to be portrayed as denying health coverage to poor children, the main question has been the length and funding for extending the program, not whether it would happen.

The measure would provide almost $120 billion for states over the coming five years. But it would discontinue extra federal money states have received under President Barack Obama’s health care overhaul.

Under that law, the federal government has covered an additional 23 percent of each state’s costs. The bill gradually phases out that extra federal contribution in a concession to Republicans, with the added money ending in 2021.

The House bill would increase Medicare premiums on high-earning people, make it harder for some lottery winners to qualify for Medicaid and cut some federal payments to hospitals to pay for extending the children’s health program.

The federal government covers most of the program’s costs, varying by state from 65 percent to 85 percent of total spending. Estimates of when states would actually run out of money vary.

In a bill summary, House Republicans said some states could run out of money as soon as November.

MACPAC, a nonpartisan agency that advises lawmakers and federal officials on the program, has projected that Arizona, Minnesota, North Carolina and the District of Columbia would run out of money by December, making them the first states to do so. By the end of March 2018, more than half the states would deplete their funds, the agency estimated.

The Kaiser Family Foundation, a nonpartisan research organization, has said it expects 10 states to run out of money late this year.

Minnesota officials wrote to their state’s congressional delegation last month that if lawmakers didn’t act by Oct. 1, they would have to take “extraordinary measures” to continue coverage that would result in a $10 million cut in federal payments.

Utah has written federal officials that it would have to “eliminate eligibility and services” under the program if federal money stops. Sen. Orrin Hatch, R-Utah, is chairman of the Finance Committee.