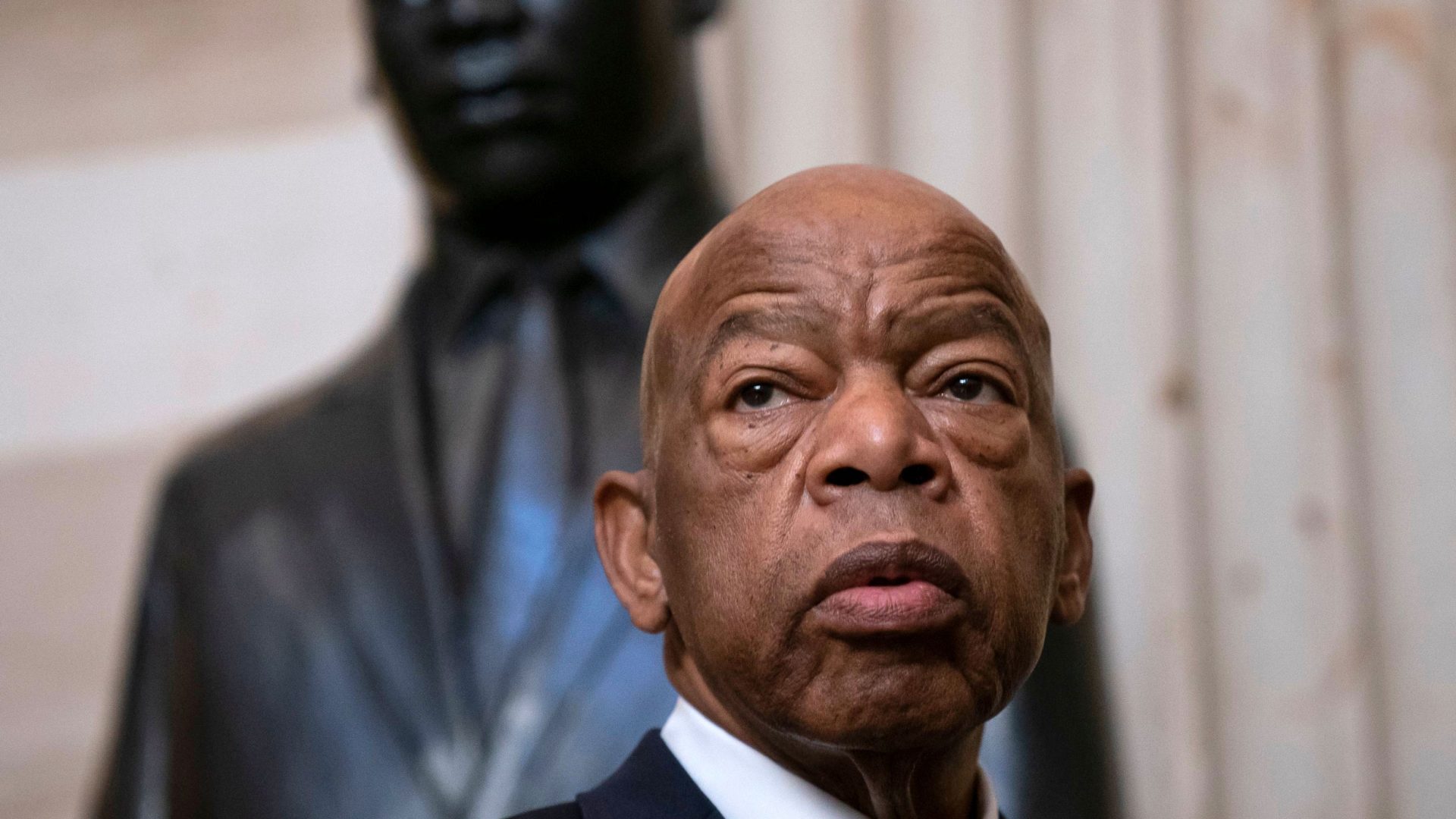 Rep. John Lewis (D-GA), who is fighting pancreatic cancer, gave his first network interview since the protests to the death of George Floyd started across the country. “You cannot stop the...
by Zach Freeman June 4, 2020 127 Views

Rep. John Lewis (D-GA), who is fighting pancreatic cancer, gave his first network interview since the protests to the death of George Floyd started across the country.

“You cannot stop the call of history,” Lewis told co-anchor Gayle King. “You may use troopers. You may use fire hoses and water, but it cannot be stopped. There cannot be any turning back. We have come too far and made too much progress to stop now and go back.”

The civil rights icon, who was chairman of the Student Non Violent Coordinating Committee as they staged actions to desegregate the south throughout the 1960s, said that the latest protest movement “feels and looks so different. It is so much more massive and all inclusive. To see people from all over the world taking to the streets, to the roadways, to stand up, to speak out, to do what I call getting in trouble, and with the sense of determination and commitment, there will be no turning back. People now under stand what the struggle was all about.”

Lewis is the last living speaker who addressed crowds at the Lincoln Memorial during the 1963 March on Washington. The memorial has a marker of the spot, where Martin Luther King Jr. delivered his “I Have A Dream” speech. Lewis was brutally attacked by Alabama state troopers on March 7, 1965 and he and Hosea Williams led marchers in a voting rights protest that took them across the Edmund Pettus Bridge in Selma, Alabama.

Lewis said that watching the video of Floyd’s arrest and death and “it made me so sad. It was so painful. It made me cry. I kept saying to myself, ‘How many more? How many more young black men will be murdered? And the madness must stop.”

Lewis said that his health is improving. “I have a wonderful doctor and nurse taking good care of me. I am very hopeful and optimistic,” he said.

King also asked Lewis about the looting that has taken place amid the protests. “There was some looting, there was some disruption,” she said.

He said that “there is something cleansing, something hopeful about being peaceful and orderly, to stand up with a sense of dignity and a sense of pride, and never hate. As “Dr. King said over and over again, ‘Hate is too heavy a burden to bear.’ The way of love is a much better way.”