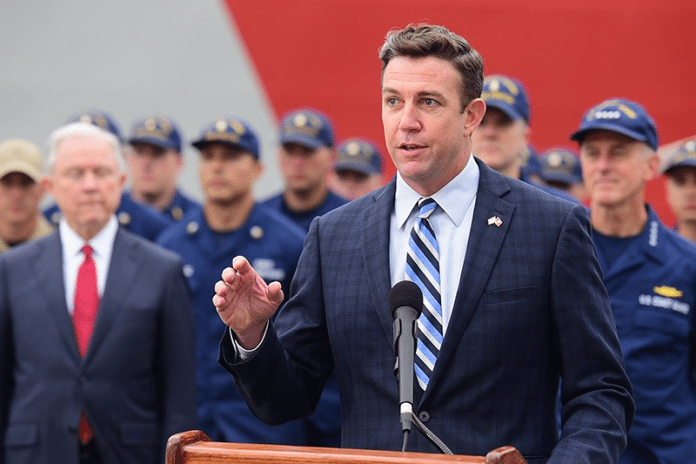 When Republican Congressman Duncan Hunter was initially indicted on 60 counts related to corruption and fraud, he tried to blame the whole mess on his wife. But according to...
by Raquel Jayson September 5, 2018 1428 Views

When Republican Congressman Duncan Hunter was initially indicted on 60 counts related to corruption and fraud, he tried to blame the whole mess on his wife. But according to prosecutors, Hunter personally spent campaign donation money on at least five other people with whom he had “personal relationships.”

Infidelity rumors have followed Hunter for years — even before the California Republican, who is currently campaigning for a sixth term in the House, was accused (along with his wife, Margaret) of spending about $250,000 in campaign donations on personal expenses, including vacations, dental work, and a $600 plane ticket for a rabbit.

Prosecutors have since added to that list Ubers to and from the homes of individuals with whom Hunter had “personal relationships.” He spent several hundred dollars on one of the individuals at a D.C. bar, prosecutors allege, and even “spent $865.63 in campaign funds for a room at the Liaison Capitol Hill” for a friend from California, according to the indictment.

The allegations have, unsurprisingly, stirred up old rumors suggesting Hunter could have been cheating on his wife with some or all five of these individuals. But it’s an especially damning twist, since Duncan Hunter basically said on Fox News that the indictments were all his wife’s fault.

“When I went away to Iraq in 2003, the first time, I gave her power of attorney. She handled my finances throughout my entire military career, and that continued on when I got into Congress.” Hunter said on Fox News. “She was also the campaign manager, so whatever she did, that’ll be looked at too, I’m sure, but I didn’t do it.”

Hunter later backtracked and said to leave his “wife out of it.” Both are currently under indictment.

Someone in Trump’s camp admits to being apart of the resistance!