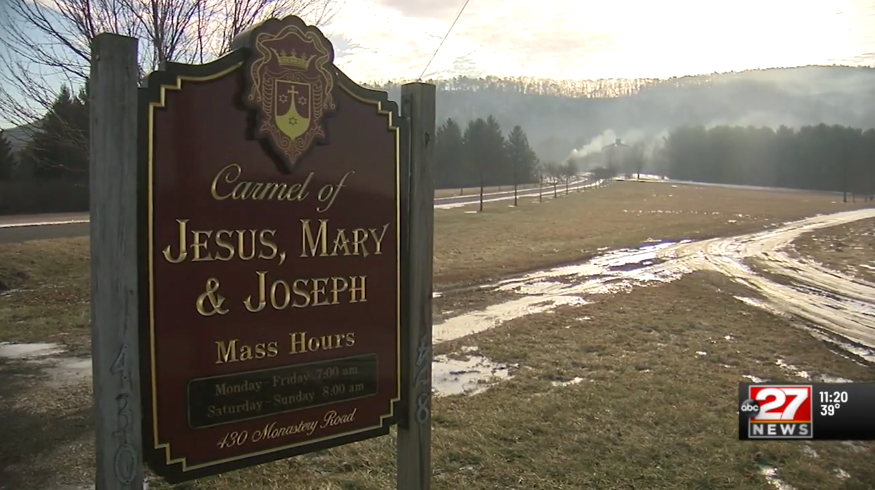 A REAL-life exorcist has revealed what it’s like to come face-to-face with the devil – and his failsafe test to see if someone is possessed. Father John Szada, who...
by Raquel Jayson February 14, 2020 121 Views

A REAL-life exorcist has revealed what it’s like to come face-to-face with the devil – and his failsafe test to see if someone is possessed.

Father John Szada, who delivers mass in Latin to a Catholic church in Pennsylvania, claims to have seen “more than one” demonic possessions, according to local news station ABC27.

In an interview with ABC27, Szada explained how the bishop asked him to be his exorcist in 2011 – when there were only about 15 exorcists in the US.

However,  the International Conference of Exorcists in Rome, endorsed by Pope Francis, now brings hundreds of exorcists to the meeting every two years.

Szada told the news station he saw the work of the devil when “a person was possessed and it took four fully grown men to hold this person down.”

He recalled a time when a local girl had been hospitalized and not even tranquilizers were working.

Szada said: “Doctors couldn’t figure out what was going on.

“They stepped out to consult, they came back in and found her climbing up the wall literally — like Spiderman.

“The Exorcist is fairly accurate, minus the head-spinning.”

He was referring to the 1974 horror film classic ‘The Exorcist,’ which is about the demonic possession of a 12-year-old girl.

He explained that prayer and rituals are included in the church’s exorcism guidelines and the bishop is in charge with approving the case.

Szada’s failsafe test to know if a possession is demonic is to “sprinkle holy water on a person and they really react.”

He said: “The notion that there are spirits that can take over our bodies personally doesn’t make sense to me but it’s also really, really fascinating.”

Sayers is not convinced demonic possession is real, but he understands why the Vatican believes in it.

He added: “Having an exorcist in every diocese is literally just having a safety plan in place.

“Having a fire extinguisher in every hallway in the building. We’ve got one there just in case something comes up.”

In 2017, Pop Francis told priests at a confession course they “should not hesitate” to refer confessors to exorcists if they are experiencing “genuine spiritual disturbances,” Catholic news site CRUX reported.

According to the Vatican: “Exorcism is directed at the expulsion of demons or to the liberation from demonic possession through the spiritual authority which Jesus entrusted to his Church.

“Illness, especially psychological illness, is a very different matter; treating this is the concern of medical science.

“Therefore, before an exorcism is performed, it is important to ascertain that one is dealing with the presence of the Evil One, and not an illness.”

Watch: Did “Stranger Things” Release A Spoiler? David Harbour Is Back!