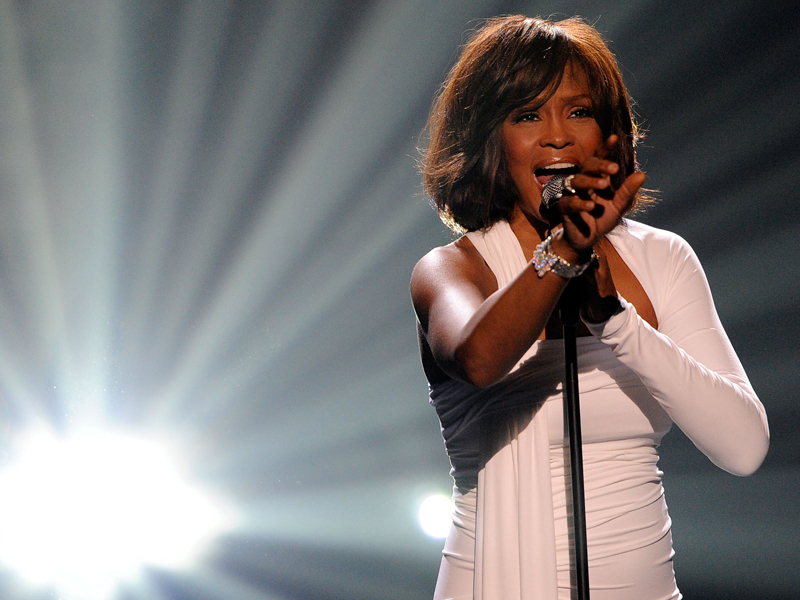 Last night, part 2 of Bobby Brown’s BET biopic aired, and folks went crazy over a scene where Whitney sing at Carol Brown’s funeral. In it, Whitney claims Mrs. Brown as her mother-in-law FOREVER, even though Bobby’s new fiancee was sitting right in front of her…

“The Bobby Brown Story” made its debut on BET. The two-part TV movie follows the story of Bobby Brown, portrayed by Woody McClain. Following “The New Edition Story,” people had so many questions about Bobby Brown’s part.

While the whole group’s history, plus Bell Biv Devoe, was told, the key parts of Bobby’s life were ignored. There was not even as much as a mention of Whitney Houston. This actually set the stage for BET producing “The Bobby Brown Story.”

Jesse Collins is the man behind “The Bobby Brown Story” and he stopped by “The Breakfast Club” to speak on it. The producer talked to DJ Envy, Angela Yee, and Charlamagne Tha God. In the interview, he spoke on producing this film, and how important biopics are.

Another Malfunction: Nicki Minaj backside of her dress rips and nearly exposes her at award show!