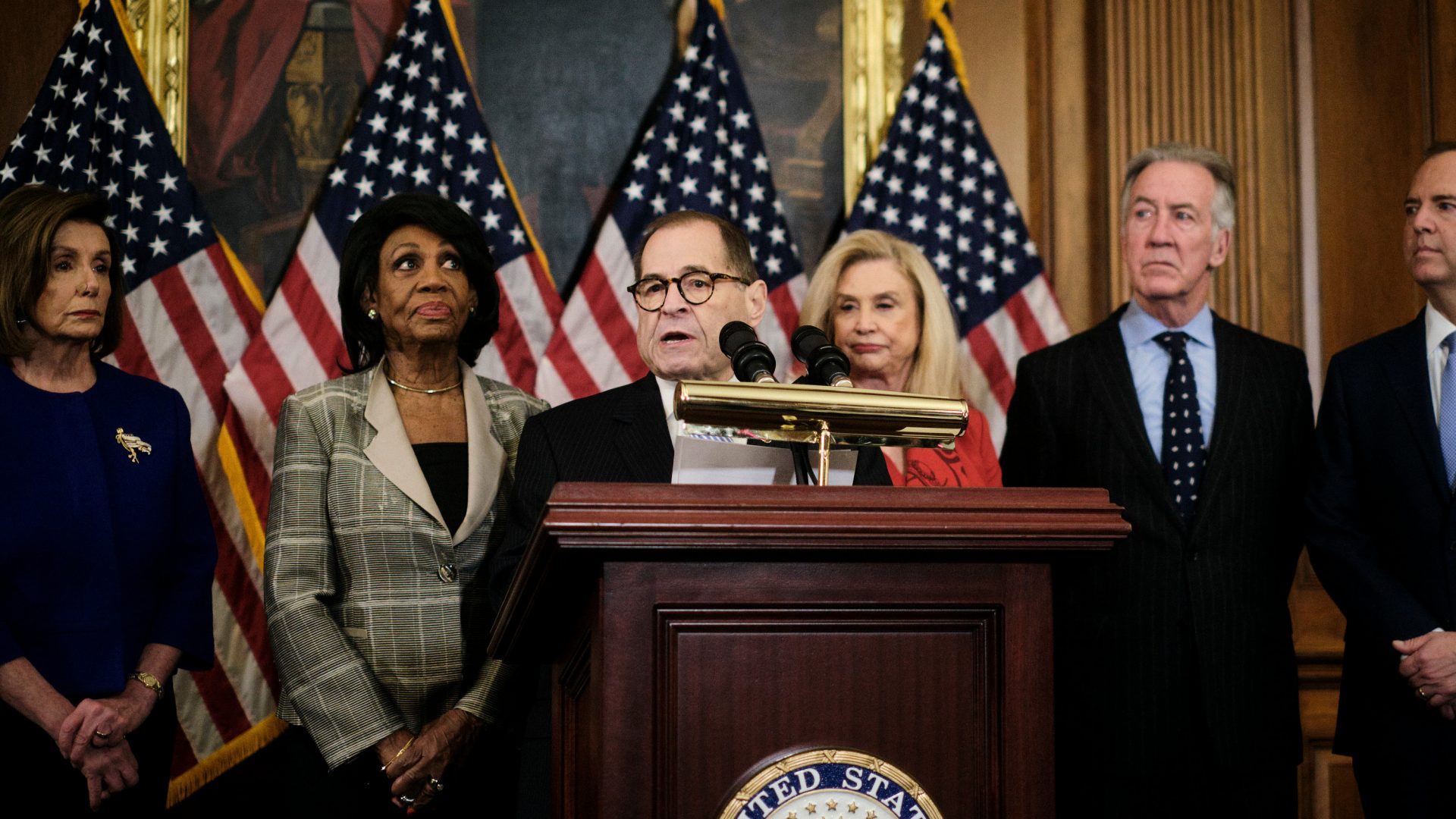 READ the Articles of Impeachment against President Trump

House Democrats on Tuesday unveiled the details of their two impeachment charges in the investigation of President Donald Trump, bringing articles that cover alleged abuse of power and obstruction...
by Raquel Jayson December 10, 2019 697 Views

House Democrats on Tuesday unveiled the details of their two impeachment charges in the investigation of President Donald Trump, bringing articles that cover alleged abuse of power and obstruction of Congress.

“We must be clear – no one, not even the President – is above the law,” said Rep. Jerry Nadler (D-NY), who will shepherd the impeachment charges through the House Judiciary Committee later this week.

The focus for Democrats is the President’s request in a July 25 phone call with the leader of Ukraine, where a rough transcript of the call shows Mr. Trump asking Ukraine to announce investigations into former Vice President Joe Biden and his son, and into a debunked conspiracy theory that Ukraine – and not Russia – hacked Democrats in 2016.

“The evidence of the President’s misconduct is overwhelming and uncontested,” said Rep. Adam Schiff (D-CA), who led five days of public impeachment hearings in the House Intelligence Committee.

﻿ARTICLE ONE – ABUSE OF POWER

The nine page impeachment resolution features two charges; the first is on “Abuse of Power.”

“President Trump engaged in this scheme or course of conduct for corrupt purposes in pursuit of personal political benefit,” the impeachment resolution states.

“He thus ignored and injured the interests of the Nation,” it concludes.

The impeachment article specifically mentions the President’s effort to have Ukraine announce an investigation with respect to former Vice President Joe Biden – saying Mr. Trump “corruptly solicited” the government of Ukraine for help.

The resolution also says Mr. Trump wanted an investigation into a ‘discredited theory promoted by Russia alleging that Ukraine – rather than Russia – interfered in the 2016 United States Presidential election.”

The second impeachment article is on “Obstruction of Congress” – as Democrats charge the President wrongly directed those in the Executive Branch to defy subpoenas from Congress in the Ukraine investigation.

The resolution specifically names nine different Trump Administration officials who defied subpoenas from Congress for their testimony, including Acting White House Chief of Staff Mick Mulvaney, and the head of the Office of Management and Budget Russ Vought.

Not named in the resolution are three other figures who refused to cooperate – the President’s attorney Rudy Giuliani, former Energy Secretary Rick Perry, and former National Security Adviser John Bolton.

The House Judiciary Committee is expected to debate and vote on the impeachment articles on Thursday.

A vote in the full House is expected next week.