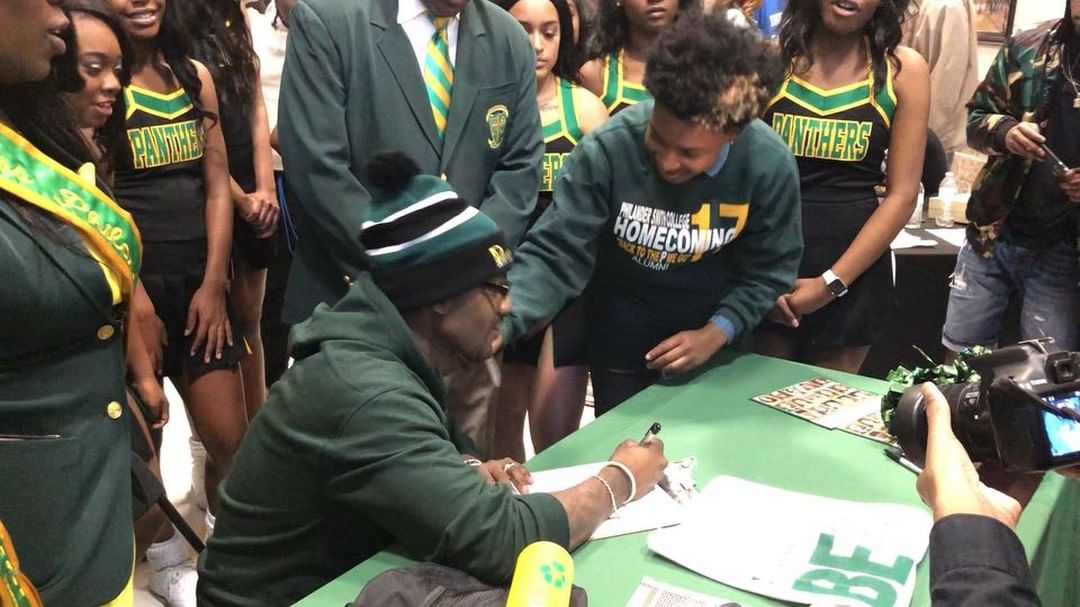 Ray J is going to college!

After pursuing a music and acting career, breaking into reality TV and starting his own business, Ray J decided there was only one thing left to do: go to college.

The Love & Hip-Hop Hollywood star revealed via his Instagram that he has decided to enroll at Philander Smith College to help hone his skills as a businessman. He said that after spending three days on campus, he connected with the students and the college President Roderick Smothers and decided that that was the school for him.

The new father is following in his parents’ footsteps and attending a HBCU and he couldn’t be happier to embark on this new journey.

“After speaking to the students about perseverance, hard work and being self-motivated, I was very inspired,” he wrote under a picture of him surrounded by students cheering him on. “I welcome the opportunity to further my business skills as I continues to grow and expand my technology company @RayconGlobal. It’s never too late to go to college.”

Keke Wyatt ex-husband says he is suing for defamation!

Florida Will Hold Recounts In Governor And Senate Races