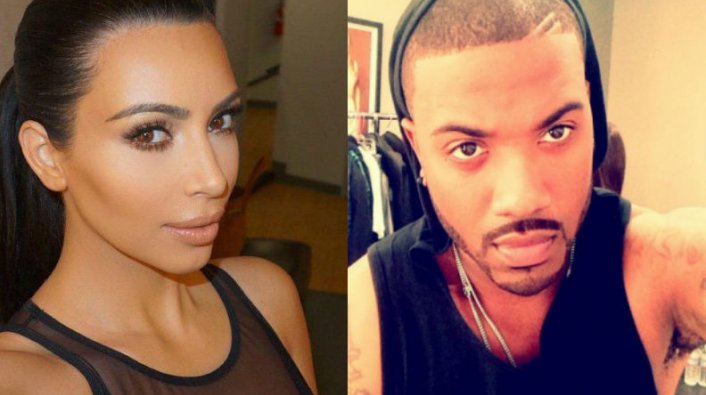 Ray J Speaks On The False Rumors He Says, “God Is Working”

Kim Kardashian is hitting out at Ray J after he made some claims about their sex life in a recent interview. He claimed that Kim had a Louis Vuitton trunk full of sex toys and that she was very particular about the setting and lighting when they had sex.

Ray J reportedly told The Sun, “Kim and I had fun times — marathon sessions. But she didn’t like getting sweaty and would stop to do her make-up if she did. She liked to look dope during sex, the right lighting, setting the mood. She was wild — there was a red Louis Vuitton trunk of sex toys.”

Kim responded to the story after a Twitter user wrote, “RayJ constantly revealing all these intimate details about @KimKardashian shows that he is suffering from low self esteem! Hoping that Kanye ignores his ass.”

Kim wrote, “Or shows he’s a pathological liar. you actually believe this story? It’s too funny to me!”

Ray J denied saying anything about Kim, writing, “I NEVER SAID NONE OF THIS- I’m focused on my new baby and my wife! Pls stop trying to tear me down.”

Check out the tweets below: 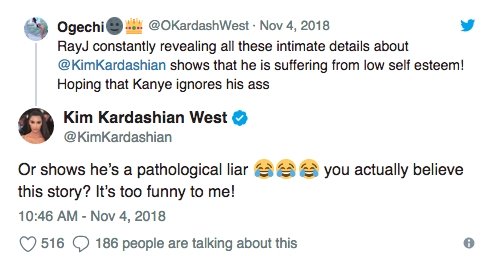 ‘We’re the church that shoots back,’ says pastor of vandalized church!