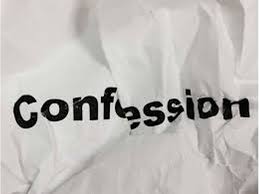 With Tekashi 6ix9ine’s freedom hanging in the balance, his ex-girlfriend and mother of his three-year-old daughter has delivered an interview that threatens the very credibility of his humanity. In a...
by Katricia Brown February 7, 2019 2123 Views

With Tekashi 6ix9ine’s freedom hanging in the balance, his ex-girlfriend and mother of his three-year-old daughter has delivered an interview that threatens the very credibility of his humanity. 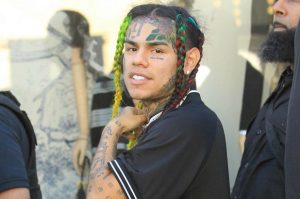 In a conversation with The Daily Beast, Sara Molina, 23, claims she was minding her own business last October when the disgraced rap star punched her “out of nowhere” shortly after she arrived at a Dubai hotel.

“So I was leaking blood,” she recalled, noting that his fist drove a hair extension clip into her scalp. “There was blood on the hotel pillowcases. He got scared.”

The alleged attack is said to be regarding Kifano “Shotti” Jordan simply having a conversation with Molina and 6ix9ine’s insecurities pressed for a confession of betrayal.

When he didn’t get the answer he was seeking, Molina claims 6ix9ine admitted to bedding more than 70 women in the past year and contracting several sexually transmitted diseases (“Basically, he admitted to me he is a sex addict,” she says).

And then, the attack commenced once more.

“He started to punch me again,” she said. “He started beating me for two hours straight. He had the craziest look in his eyes,” she remembered. “I was scared. ‘Why is he acting this way?’ I had never seen him like that. He punched me so hard in my right ear I thought I was deaf.”

The alleged incident forced them onto the bed, where it’s said 6ix9ine then forced Molina’s silence with a pillow.

“This was his way of telling me to stop screaming,” she figured at the time.

“He put his arm around my neck and started choking me,” she continued. “He said, ‘I just have to make an example. I can’t have you out there, making me look stupid.’”

After being too tired to flee the scene, Molina claims she was rewarded with unsolicited intercourse for her troubles.

With two black eyes, a right ear that was said to be purplish-black and a host of bruises on her arms and back, Molina was forced to contend with makeup to hid her physical pain until she got back to American soil. 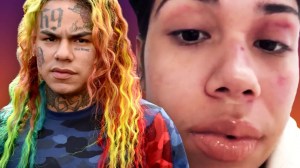 According to Molina’s recants, this type of behavior was consistent throughout her seven-year relationship with Daniel Hernandez, known globally to audiences as the rainbow-haired, reckless abandoned wild child Tekashi 6ix9ine. She says she met him back when she was just 16 in their Bushwick neighborhood and was ride-or-die even through the blitz of his overnight superstardom.

But when she would question his trysts — a stripper on Snapchat here or a polygamous “life partners” on Instagram there – she was met with violent outbursts. The latter debacle is said to have had her and their daughter booted from the Brooklyn apartment they stayed in with 6ix9ine’s mother.

And the time she says she confronted the temperamental rapper about an alleged pregnancy rumor, he beat their then two-year-old daughter to the point Shotti had to pull him off yelling, “Are you crazy?!”

The 22-year 6ix9ine is currently waiting to be sentenced after pleading guilty to the various racketeering, conspiracy, firearms offenses and narcotics trafficking charges, which included admitting to selling a kilo of heroin within the past year.

His incarceration has led to more drama for his family, with reports claiming he’s going into debt to provide round-the-clock security for loved ones and his former crew reportedly scrambling in order to brace for him confessing to their crimes.

Despite his depleting funds and looming danger, Molina says he still ensured his side chick Jade got a brand new car this past Christmas while she and their daughter were left with nothing.

#PressPlay: So… #6ix9ine got his boo #Jade a car for Christmas 👀

sara’s answer: Merry Christmas to everyone , I just want to thank god for all that I have been blessed with including my family because no matter what we have or what we struggle to get WE MAKE IT IT HAPPEN 💪🏼 ❤️ My daughter will always blessed with or with out any Support because I have something More solid than just a dollar , I have GOD AND MY FAMILY , 2 things that can’t be bought or flexed with . I’m blessed and highly favored because GOD knows my heart . And I ain’t ever have to demoralize myself for anything my daughter has . No one can say they struggled more than me , my mom, my dad or my aunt to make sure my daughter never goes without , we done it all selflessly. Holidays are more than just toys and gifts , it’s about love and family which my daughter has an infinite abundance of ❤️ #merrychristmas #dontletinstagramfoolya#dontletthatgooveryourhead #familyfirst @_oxaras2

These days, Molina says she’s all about moving forward and doing the best for her daughter.

“Sometimes, it feels unreal that it feels normal to me because it’s been going on for such a long time,” she concluded.